Fordham welcomed five new members to its Board of Trustees this year. The new trustees bring a diversity of voices from the fields of media, business, cybersecurity, and philanthropy. 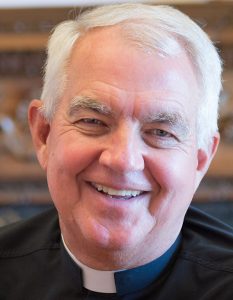 Father Blaszczak brings with him a wealth of experience in both spiritual matters and the inner workings of universities. He entered the Society of Jesus in 1967. In 1971, he received a B.Phil. from the Philosophische Hochschule Berchmanskolleg in Pullach, Germany. A year later, he earned a B.A. in classical languages and literature from Fordham College at Rose Hill. He was ordained in 1979. In 1984, he received a Ph.D. from Harvard University in New Testament and early church history, with a secondary concentration in Islamic studies.

Over the years, he served on the faculties of LeMoyne College, Hekima College in Kenya, and Fordham. From 1998 to 2004, he served as rector of the Fordham Jesuit Community and as a member of Fordham’s Board of Trustees. He was Fordham’s first Vice President for Mission and Ministry from 1999 to 2005; he left to become rector of St. Ignatius Church. He was later called to Rome by Adolfo Nicolas S.J., then the Superior General of the Society of Jesus, to serve a three-year term as the Secretary for the Service of Faith at the Jesuit curia. Upon his return to the United States in 2011, he moved to Raleigh, North Carolina, where he was the parochial vicar at St. Raphael the Archangel Church. He has been at Fairfield University since 2018. 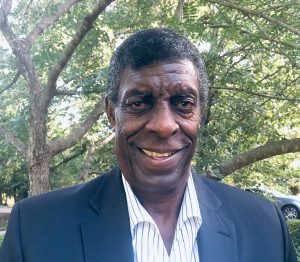 The same month that he graduated from Fordham with a master’s in broadcast journalism, Brown joined ABC Radio, where he rose through the ranks to become executive vice president and general manager. During that time, he developed African American syndicated programming such as The Tom Joyner Morning Show, and documentaries such as Love, Lust & Lies, by Michael Baisden. He was also responsible for launching the network’s Hispanic Radio Division, which produced content such as Tu Vida es Mi Vida, hosted by award-winning motivational speaker Maria Marin. In 2008, he left ABC to become president of Brownboys3 Inc, a media consulting firm that specializes in talent development, brand building, and diversified revenue development.

A member of the Fordham Athletic Hall of Fame, Brown was a three-year starter and All-American for the Rams basketball team. He graduated as the seventh leading scorer in men’s basketball history with 1,233 points and is currently ranked 18th among all players. He previously served on Fordham’s board from 2013 to 2020. 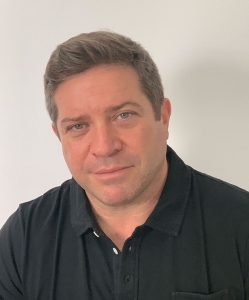 Lipton Soups, Ortega Mexican Foods, Amplify Snacks, Oberto meat snacks—Ennis has helmed the companies responsible for countless popular supermarket products since he started working in the field of consumer branding in 1996. He majored in history as an undergraduate at Fordham and later earned an MBA in marketing, which he put to use at a series of packed goods companies. He advanced to become CEO, president, founder, and board member of Amplify Snack Brands in 2014. The firm, which grew on the strength of brands such as SkinnyPop Popcorn, Paqui Tortilla Chips, and Oatmega Protein Bars, went public in 2015 and was sold to the Hershey Company in 2018. This year, he assumed the position of chief executive officer, president, and board member of Kinder, a privately held company that makes rubs, seasonings, and sauces. 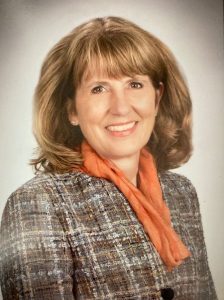 MacLean has been involved in a number of volunteer and charitable endeavors for more than 40 years. During the 26 years that her children were in school, she served on parent-teacher organizations, fundraising committees, and organizing committees. She was also very involved in Girl Scouts and held fundraising positions in local youth sports programs. She currently serves on the boards of the Hockanum Valley Community Council, a nonprofit human services agency in Vernon, Connecticut, and the Bristol Community College Foundation, in her hometown of Fall River, Massachusetts. She and her husband, Brian MacLean, FCRH ’75, PAR ’15, ’18, have supported the Hartford Foundation, the Rhode Island Foundation, and Hartford Healthcare, which concentrates on programs supporting mental health, substance abuse, and fatherhood stability.

At Fordham, the MacLeans have established the Brian and Kathleen MacLean Scholarship Fund, the MacLean Family GSS Endowed Scholarship for social work students and the Fordham Housing Fund, an endowment that provides room and board for commuter students who would most benefit from living on campus during their junior and senior years. The couple was honored at the 2016 Founder’s Dinner. 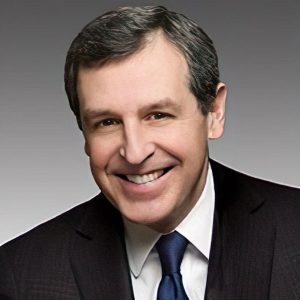 From 1984 to 1996, Stroz served in the FBI as a supervisory special agent, specializing in white-collar crime investigation. In 2000, he used that experience and his training as a certified public accountant and bank examiner to found Stroz Friedberg, LLC, which he built into an international digital forensics and investigations firm. He sold the firm in 2016 to Aon LC, staying on as co-president until January of this year. He’s now an independent consultant offering expert services in cybersecurity and related investigations. Stroz is the chair of the advisory board of Fordham’s International Conference on Cyber Security (ICCS). He is also a frequent participant in their conferences and serves as an adviser to the Center on Law and Information Policy at Fordham Law School. He and his wife fund the Edward M. Stroz and Sally Spooner Endowed Chair in Accounting at Fordham. The couple was honored at the 2015 Founder’s Dinner. Most recently, Stroz was awarded an honorary doctor of humane letters degree in 2021 from Fordham. He previously served as a member of Fordham’s board from 2011 to 2018.