skip to main content
Return to Fordham University
You are at:Home»Education and Social Services»Social Workers Raise Awareness of Violence and Trafficking Against Refugee Women
Social workers Kathryn Hodges, left, and Adriana Sandu spoke on behalf of refugee women.
While men made up the majority of the migrant population last year, this year almost 60 percent of refugees coming to Europe are women and children trying to reunite with their husbands and fathers, according to social work experts.

Adriana Sandu, a volunteer at the Cambridge Refugee Resettlement Campaign (CRRC) in Europe, mentioned the statistic in a keynote at a conference aimed at discussing sustainable solutions for the trafficking and violence against women refugees.

The March 19 conference, sponsored by the Graduate School of Social Service’s (GSS) Institute for Women and Girls, was held at the Fordham Law School and drew over 50 attendees.

Sandu, a senior lecturer and research fellow at Anglia Ruskin University, has aided women and children who have fled conflict zones in Syria and Iraq.

“The increase of refugees has surpassed any expectations,” Sandu said, calling it the largest humanitarian crisis since World War II.

The GSS conference was set up as a parallel event for the 60th session of the Commission on the Status of Women, which promotes women’s rights and shapes gender equality.

It also included a keynote by Kathryn Hodges, head of the Department of Social Care at Anglia Ruskin University, who highlighted the need for increased awareness of human trafficking in the United States and abroad.

“It is a highly lucrative organized crime,” Hodges said, stressing that 6 in 10 of all victims have been trafficked across at least one national border.

Hodges explained that the majority of adult victims trafficked into the United Kingdom for sexual exploitation and domestic servitude are women.

There has also been an increase in the number of girls trafficked who are under the age of 18, Hodges noted. 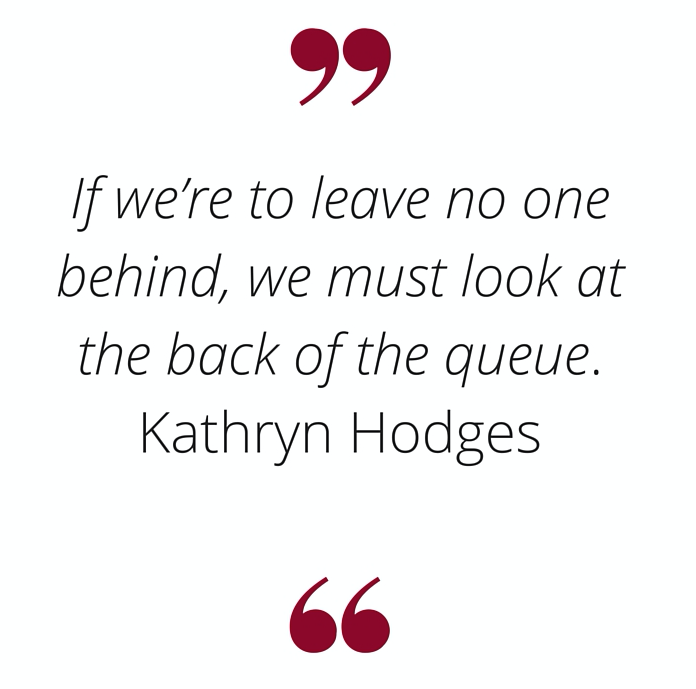 As a social worker, Hodges works with individuals who have been or are at risk of being trafficked for sexual exploitation. She quoted Filippo Grandi, the High Commissioner for Refugees at the United Nations, who spoke earlier this month about the ongoing refugee crisis.

“If we’re to leave no one behind, we must look at the back of the queue,” Hodges said. “At the back, in every single country is a woman or a girl, and we need to bring them to the front.”

Sandu said she had worked with those at the very back of that line; she referenced Idomeni, a refugee camp near the Greek border with Macedonia.

Because the crisis is so large, those most disadvantaged tend to be left behind, such as women, children, the disabled, and the elderly, Sandu said.

“There are children who already have infectious diseases, like measles and meningitis,” Sandu said, noting that public health officials are concerned about the spread of disease in these vulnerable camps.

Women refugees are especially at risk for sexual violence and trafficking.“They face assault, exploitation, and sexual harassment at every stage of the journey,” Sandu said.

With the absence of coordinated responses from the European Union (EU) and other countries, women and children continue to be stranded in these conflict zones and in camps.

Sandu urged for EU politicians to see the crisis not as a political one, but as one of humanitarian need.

“You have pregnant women, women with very small children, and orphaned children. These are the most vulnerable refugees and they need help—but aren’t receiving any.”