skip to main content
Return to Fordham University
You are at:Home»Education and Social Services»How Relevant are Universities in the Information Age?

The $1.2 trillion of student debt that the millennial generation has acquired is affecting more than just their bank accounts. Millennials are delaying marriage, tabling home ownership, and not saving for retirement—all because of the rising cost of student loans.

This was the finding of Anya Kamenetz, NPR’s lead education blogger and author of DIY U: Edupunks, Edupreneurs, and the Coming Transformation of Higher Education (Chelsea Green Publishing, 2010). On May 12, Kamenetz gave the keynote speech at this year’s Faculty Technology Day, sponsored by Fordham IT. 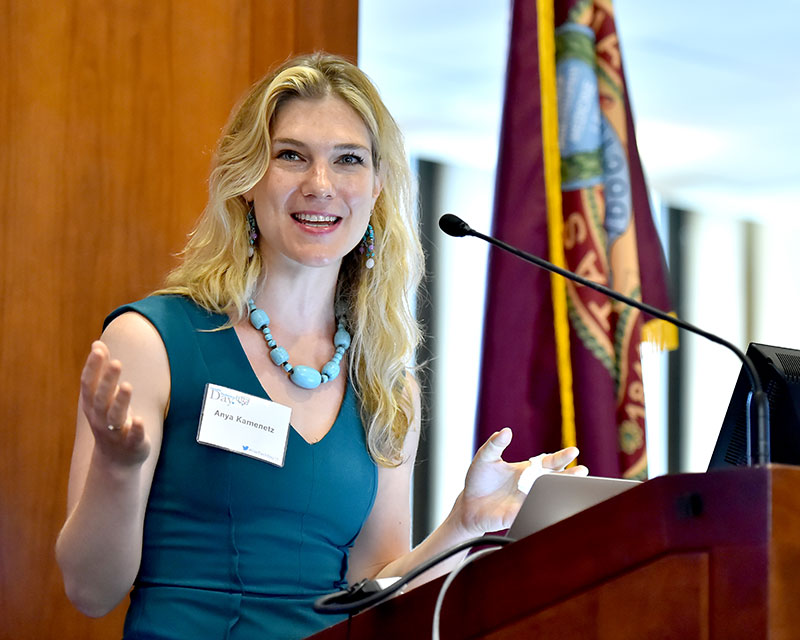 It is well known that colleges and universities are facing major challenges, some of which threaten their very existence. Rising cost is one big issue, Kamenetz said, and access to higher education is enormous.

With these issues in play, the debate about the relevance of higher education, especially the role that colleges and universities will play in an increasingly technocratic society, is the issue that “trumps them all,” she said.

Historically, universities existed to transmit prior knowledge to current generations, Kamenetz said. But today’s schools also need to prepare students for the future. What makes this task difficult, though, is that 65 percent of current students will end up in careers that haven’t even been invented yet.

“The question becomes, ‘What are we doing?’” she said. “If we need to prepare students for jobs that don’t yet exist, then how do we teach them?”

Coming up with an answer to these questions becomes urgent in light of the “race between us and robots,” Kamenetz said, since computers have assumed jobs that humans used to do in the past.

She noted, however, that this “race” isn’t about figuring out how to work better than computers, but rather understanding how to draw on our uniquely human abilities to work well with computer technology.

“The emotional aspects of leadership, teamwork, collaboration, and interpreting knowledge and information to people are something we’ll have to emphasize more and more in this race with computers,” Kamenetz said. “We [may]have a computer program that can read a CT scan, but we need a doctor to sit with a patient and tell them about a poor prognosis.”

Going forward, universities and faculty will remain relevant by fulfilling those “human” roles that computers cannot replace—for instance, providing mentorship, inspiration, and support to students, and helping students to make sense of the plethora of data available in this information age.

“Technology helps us to streamline what we do… But people still need to be in the driver’s seat,” Kamenetz said.

“This forward march of technology is giving us information about the long-term mission of education, which involves things that haven’t changed in a long time,” she continued. “The things we associate with philosophy and the humanities are in fact the most relevant for this generation. This is how our institutions are going to adapt.” 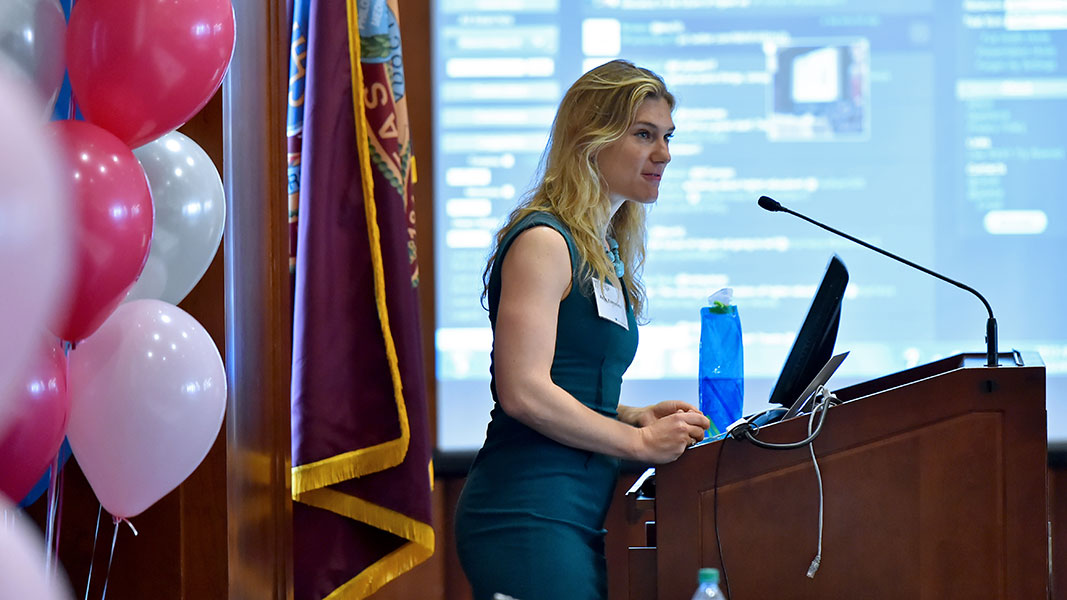