A new interdisciplinary minor in Jewish studies launches this fall, to be taught by faculty culled from the departments of history, theology, sociology, anthropology, art history, English, gender and women’s studies, and law.

The program will seek to understand Jewish history and culture within the larger framework of Jews’ interaction with other religions, particularly among Jews and Christians. It will further strengthen Fordham’s commitment to the Jewish studies program, which came into its own after Eugene Shvilder made a generous gift to establish a named chair in 2013. 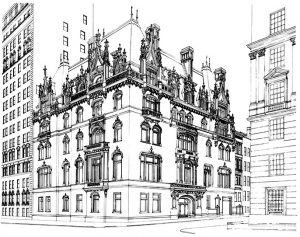 The program will collaborate with the Jewish Museum on Fifth Avenue.

Magda Teter, PhD, the Shvidler Chair in Judaic Studies and professor of history, described the new minor as “very robust.”

“’There are more than 10 members of the faculty who can cover all areas of Jewish history from antiquity to modern United States, Israel, and Europe,” said Teter.

Stephen Freedman, PhD, provost of the University, said what makes Fordham distinct among Jewish studies programs in New York City is “that we are a Jesuit institution.”

“Studying Jewish culture and Jewish themes is a way for all of us to understand our own traditions,” said Freedman. “In these explorations of differences you bring out the value and the similarities, and by exploring them you respect them.”

“There is so much shared tradition and an amazing amount of overlap.”

In another unique arrangement, all of the University’s Jewish studies students will have free access to the Jewish Museum of New York and the Museum of Jewish Heritage—A Living Memorial to the Holocaust. Many of the museums’ exhibitions and programs will be woven into the coursework, said Teter. 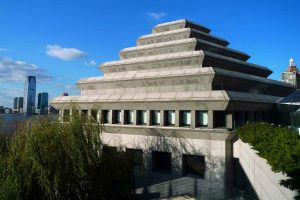 Museum of Jewish Heritage in Lower Manhattan is another partner of the program.

“We are honored to establish a partnership with Fordham and are excited about potential collaborative projects,” said Elizabeth Edelstein, director of education at the Museum of Jewish Heritage.

In addition to the new minor, Teter said that the Jewish studies program has received two grants from the American Academy for Jewish Research, where she was inducted as a fellow. The grants will support two collaborative projects between Fordham faculty and faculty from other New York City institutions.

One grant will support a working group, titled “Interdisciplinary Approaches to Jewish Orthodoxies, Society and Culture,” and will be led by Ayala Fader, PhD, associate professor of anthropology, and Isaac Bleaman, a doctoral candidate at New York University. The group is geared toward research on contemporary Jewish Orthodoxies, with an emphasis on North America, said Teter. The second grant will go toward an early modern workshop that will focus on working with primary sources via an interactive seminar format. Both groups will meet regularly at Fordham in the 2016-2017 academic year.

A series of public lectures on Jewish themes will be announced at summer’s end that will bring leading scholars from around the globe to campus.

“When we develop a minor such as this, it’s a first step to something broader and much more programmatic,” said Freedman. “Students will be able build out from these relationships, beyond the University and beyond New York.”