skip to main content
Return to Fordham University
You are at:Home»Living the Mission»A Personal Introduction to the Superior General of the Jesuits
Board Chair-Elect Armando Nuñez Jr., President Tania Tetlow, and Father General Sosa in front of St. Peter’s Basilica. Photos by Taylor Ha
President Tania Tetlow and senior members of Fordham’s leadership met with the superior general of the Society of Jesus, Arturo Sosa Abascal, S.J., for a private luncheon at the Jesuit Curia during a recent summer pilgrimage to Rome.

“Father Sosa is both deeply spiritual and entirely pragmatic. He comes from higher education, so he understands the challenges and opportunities we face,” said Tetlow. “We talked and laughed about all sorts of things, but especially about how we can deepen our Jesuit mission, even as we transition to lay leadership.”

A Personal Endorsement of President Tetlow 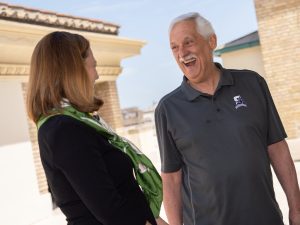 “From the perspective of the Society, it was probably the strongest endorsement of Tania and her leadership that one could possibly get,” Father Cecero said.

The introduction between the two leaders is not unusual. Over the past two centuries, other superiors general have established relationships with Fordham and also visited the University campus. In 2013, Father General Sosa’s predecessor, Adolfo Nicolás, S.J., celebrated Mass at the University Church. In 1991, Peter Hans Kolvenbach, S.J., delivered the homily at the baccalaureate Mass and the benediction at commencement the next day. In 1966, Pedro Arrupe, S.J., served as the featured speaker at a special academic convocation celebrating Fordham’s 125th anniversary. Finally, and perhaps most significantly, past Fordham president Vincent O’Keefe, S.J., was elected assistant ad providentiam to Father General Arrupe in 1975 and later served as vicar general of the Society.

Father General Sosa with President Tetlow and her daughter, Lucy

The luncheon between Father General Sosa and Tetlow took place in his private dining room in the Jesuit Curia, where they were joined by Father Cecero, who has met Father General Sosa several times in his past role as provincial of the Jesuits’ USA Northeast Province. Armando Nuñez Jr., chair-elect of Fordham’s Board of Trustees; and Douglas Marcouiller, S.J., regional assistant for the USA Assistancy at the Jesuit Curia, also joined the meeting. 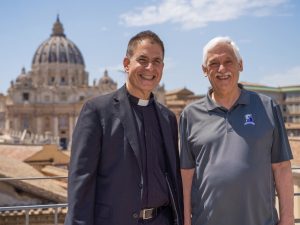 Father General Sosa was elected as the 31st leader of the Jesuits in 2016. He has previously served in leadership positions for the Society, including director of a research and social action center and the Society’s provincial superior in his native Venezuela. He also participated in the Society’s 33rd general congregation, where he served as the youngest delegate at 34 years old. He is a scholar, political scientist, and former educator.

“The traditional mission paradigm emphasized the delivery of a body of truths and traditions to the university community. Father General challenged us to shift that paradigm, emphasizing instead the need to engage in encounter and dialogue with all university constituents, so that out of that fruitful exchange, we will come together to a much richer understanding of who we are and why we exist,” said Father Cecero. 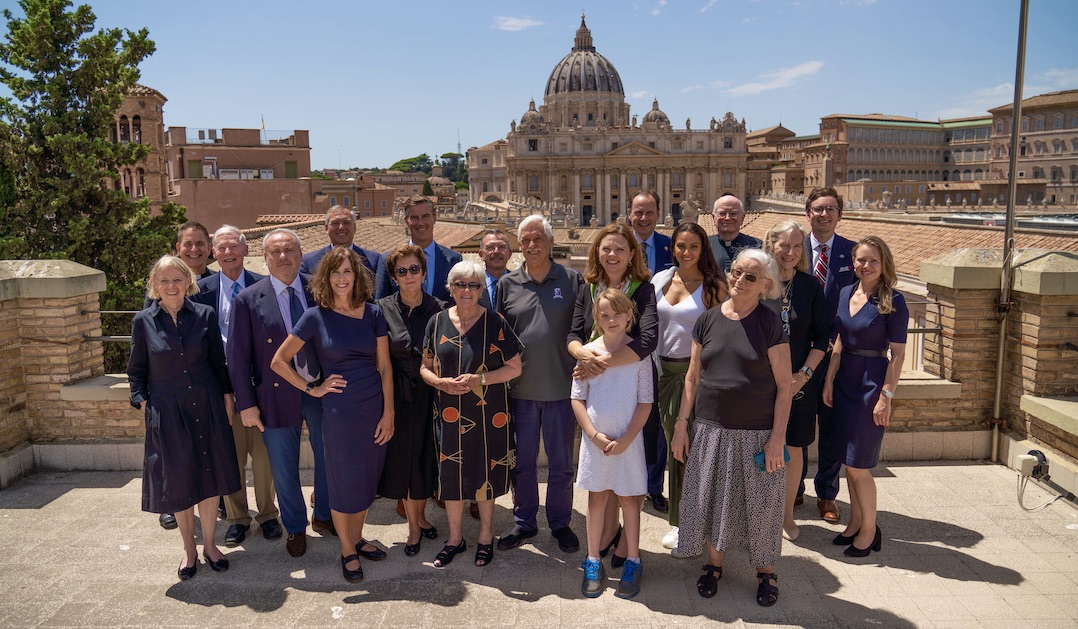 An Ongoing Connection with Jesuit Leadership

After the luncheon, Father General Sosa met the entire Fordham delegation on the Jesuit Curia’s rooftop, where he greeted each person and then posed for a group photo in front of St. Peter’s Basilica. Then the delegation toured the Curia itself, including its chapel that contains the relics of Jesuit saints. 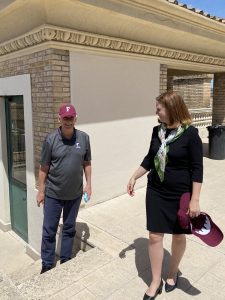 “As someone who is a big believer in the power of Jesuit education, I thought it was an incredible experience to be able to interact in person with the leader of the Jesuits,” said Nuñez, who graduated from the Gabelli School of Business. “Now that we no longer have a Jesuit president, it’s more important than ever for the board and the lay leadership of the University to be aware of the Jesuit mission and identity. I hope that connecting with the Jesuit leadership continues to be an ongoing tradition.”