skip to main content
Return to Fordham University
You are at:Home»Fordham Magazine»Features»Wisdom and Learning

102. We’re Among the Top Fulbright Producers

103. Our University Press Was Founded by a Polymath Alumnus and Professor 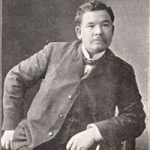 James Joseph Walsh, M.D., Ph.D., an 1884 alumnus and a professor of medicine, served as the director of Fordham University Press when it was established in 1907. He was also a physician, author, and Catholic intellectual. And he was famous on campus for sending his Fordham students out to the New York Botanical Garden to perform field research. 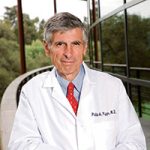 Philip Pizzo, M.D., FCRH ’66, a pediatric oncologist and former dean of the Stanford School of Medicine, has been at the forefront of medical research and practice for five decades—from his early advocacy for pediatric AIDS patients, to his work in launching the Stanford Institute for Stem Cell Biology and Regenerative Medicine, to his recent studies on pain and end-of-life care.

105. A 1954 Graduate Created a National Model for Humanizing Medicine

Michael J. Brescia, M.D., FCRH ’54, is the executive medical director of Calvary Hospital in the Bronx, which provides palliative care to patients in the advanced stages of cancer and other lifelimiting illnesses. It’s a model in its compassionate approach to caring for patients and their families in their darkest hours.

106. The “Father of American Catholic History” Was an Early Fordham Graduate

Celebrated today as the “father of American Catholic history,” John Gilmary Shea set the standard for future scholars and historians with his four-volume History of the Catholic Church in the United States, published between 1886 and 1892.

107. No Lie! A Jesuit Psychologist Who Improved on the Polygraph Taught at Fordham

In 1930, Walter Summers, S.J., invented the psychogalvanometer, a lie-detector test that measured electrical currents on the skin. Six years later, the Fordham professor worked with the police to test his device and the Keeler polygraph, which measured heartbeats and blood pressure, on 271 subjects. Father Summers’ machine was 98 percent accurate; Keeler’s was 50 percent accurate.

108. Our Physics Faculty Included the Man Who Discovered Cosmic Rays

Two years after winning the Nobel Prize in physics for discovering cosmic radiation, Victor Hess left Vienna with his wife to escape Nazi persecution. He soon found a professional home at Fordham, where he taught until his retirement in 1956, training the next generation of physicists.

109. A “Sailor-Turned-Astronomer” Led the American Museum of Natural History Through Tough Times

Thomas Nicholson, Ph.D., GSE ’53, ’61, a self-described “sailor-turned-astronomer-turned museum director,” helped the American Museum of Natural History navigate tough waters in the early 1970s and emerge stronger. He got his start at the museum’s Hayden Planetarium in 1952 while earning a doctorate in science education at Fordham. He rose to the museum’s top spot in 1969 and served as director until 1989. 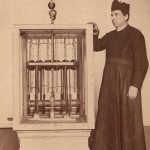 110. Fordham Jesuits Led the Bronx into the Electric Age

In the 1880s, when the rural Bronx night was lit mainly by the feeble glow of oil lamps, gas lights, and candles, Fordham Jesuits, led by Thomas Freeman, S.J., were eyeing something better: electricity, the new power source that was lighting up lower Manhattan. Transmission lines fell well short of the Bronx, so they created their own power instead, installing a generating plant in Thebaud Hall that powered lightbulbs across campus. One student quipped: “It’s even easier to study Greek with electric light.”

111. A Fordham Biologist’s DNA Research Gives the Sacred Crocodile Its Due 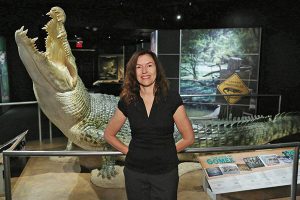 Evon Hekkala, Ph.D., is featured in the American Museum of Natural History’s 2016 exhibit “Crocs: Ancient Predators in a Modern World.” In 2011, she used DNA extracted from crocodile specimens to prove that the Nile crocodile was actually two species. She dubbed its cousin Crocodylus suchus, or the sacred crocodile, because the ancient Egyptians mummified them.

George Coyne, S.J., JES ’57, is a Jesuit priest and astronomer. For nearly 30 years, from 1978 to 2006, he served as director of the Vatican Observatory. Under his leadership, the observatory expanded from its traditional base at Castel Gandolfo south of Rome to a second site on Mount Graham in Arizona, where the Vatican Advanced Technology Telescope is located.

113. A Fordham Professor Wrote the Book on Psychological Testing 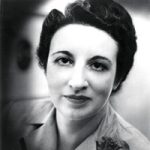 In 1947, Anne Anastasi, Ph.D., joined Fordham’s Department of Psychology, where she would thrive for 38 years. Her book Psychological Testing, initially published in 1954, is widely regarded as one of the most important psychology texts of the 20th century. In 1987, President Ronald Reagan presented her with the National Medal of Science, the nation’s highest award for scientific achievement, for her work in differential psychology.

114. One Dean’s 25-Year Tenure Raised the School of Social Service to New Heights 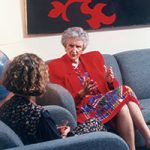 As dean of the Graduate School of Social Service from 1975 to 2000, Mary Ann Quaranta, D.S.W., GSS ’50, brought the school to national prominence. Under her leadership, the school attracted record levels of grant and research funding, and established influential programs, including Children FIRST and the Ravazzin Center for Social Work Research on Aging.

OnStage recently named Fordham Theatre the No. 1 B.A. theater program in the country.

116. Our Theatre Program Called Out Racism 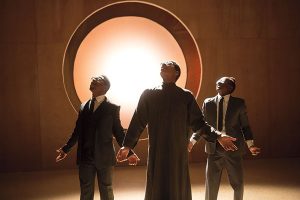 During a “Season at the Mountaintop” Last year, Fordham Theatre faculty and students responded to incidents of racial violence and unrest in the United States by mounting four plays—including Adrienne Kennedy’s Sun (above)—that explore themes of race, justice, and power, and offer a vision of a society in which everyone is included.

117. We’re Part of a Bronx Experiment in Innovation

In 2012, Fordham joined forces with the New York Botanical Garden, Albert Einstein College of Medicine, the Bronx Zoo/ Wildlife Conservation Society, and Montefiore Health System to form the Bronx Science Consortium. The partnership aims to increase research opportunities for students while elevating the Bronx’s status as a home for scientific innovation.

118. We’re Attuned to the Underground

In 1924, Fordham dedicated the William Spain Seismic Observatory, built at Rose Hill with stone quarried from a local subway excavation. Today it’s the oldest seismic station in the city, part of a national network of observatories that reports data to the U.S. Geological Survey in Boulder, Colorado. 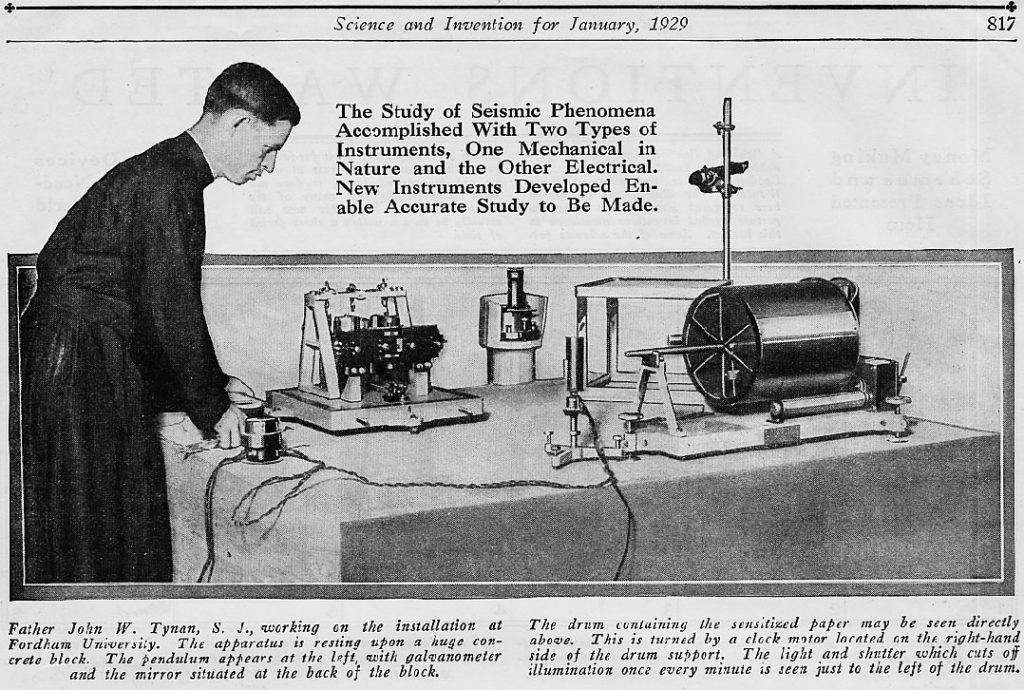 119. We’re at the Forefront of Cybersecurity

Since January 2009, Fordham has worked with the FBI to host the International Conference on Cyber Security, a four-day summit, held every 18 months, that brings together law enforcement, industry, and academic experts. Fordham also created a master’s degree program in cybersecurity. 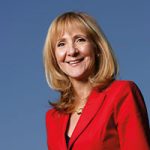 Celia B. Fisher, Ph.D., the founding director of Fordham’s Center for Ethics Education, has chaired research ethics committees for federal agencies. She has focused, in particular, on the ethics of research involving ethnic minority families and LGBT youth. “We must understand what their perspectives are,” she has said. “Otherwise, we could be harming them in ways we don’t realize.” 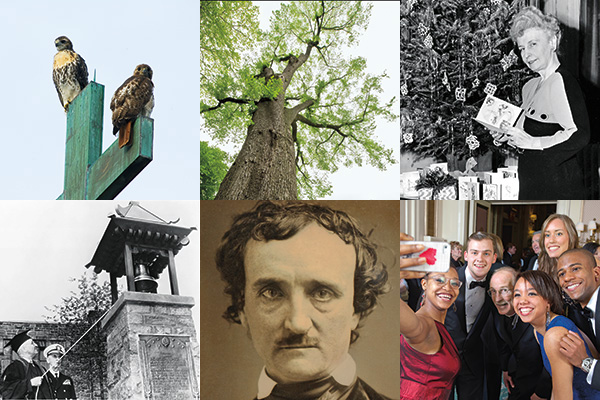