skip to main content
Return to Fordham University
You are at:Home»Fordham Magazine»Features»Seen, Heard, Read: ‘Blends,’ ‘What’s Mine and Yours,’ and ‘Sleep with Me’ 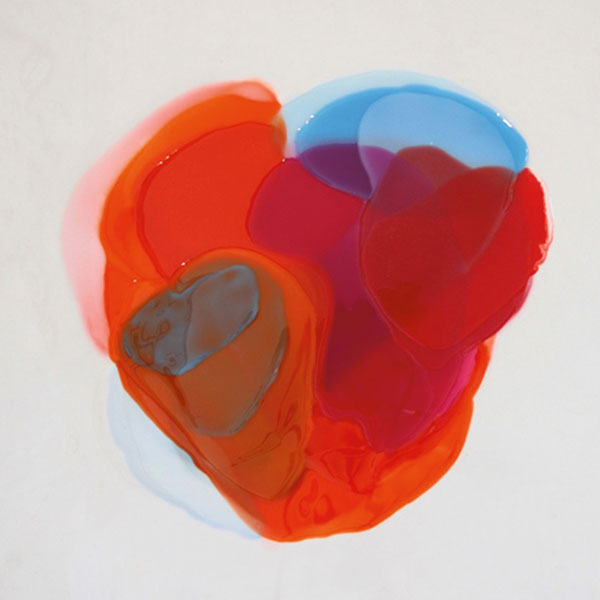 Several years ago, Baltimore-based abstract artist Farida Hughes began her Blends series of paintings in which she overlaps oil paints and resin to create multilayered works. The colors remain distinct but also form, in any one piece, a rainbow of contrasting and complementing hues created by the bonds among them. Hughes, who earned a B.A. in studio art and English at Fordham and an M.F.A. in painting at the University of Chicago, creates the works as a way to explore her own background as a “uniquely blended individual,” she said—her father immigrated to the U.S. from India, and her mother is of German descent. She also has been collecting stories from friends and acquaintances of their own multicultural backgrounds, and using them to create abstract portraits in which “all the colors together are important,” she said. “Each one has a role to play with the other.”

Hughes’ Blends paintings were recently featured in an exhibition, “A Line Doesn’t End with Me,” at the Athenaeum in Alexandria, Virginia.

Sleep with Me
created and hosted by Drew Ackerman, FCRH ’96 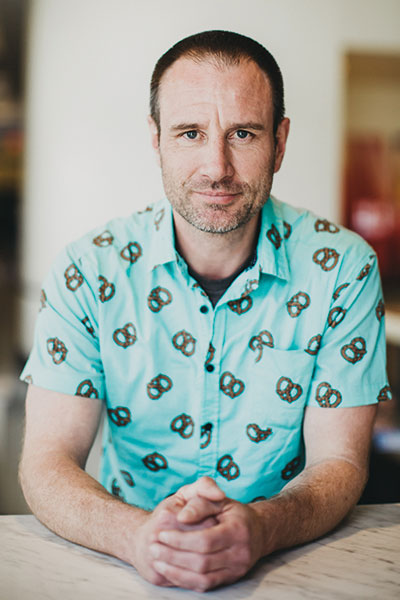 For most podcasters, putting listeners to sleep would be considered a failure. For Drew Ackerman, it’s the whole point. Ackerman started this popular, twice-weekly podcast in 2003, inspired by his own struggles with insomnia and the late-night comedy radio shows he listened to as a child to help himself doze off. With a stated goal to “help grownups fall asleep in the deep, dark night,” each episode is a stream-of-consciousness exercise in distracted storytelling, with Ackerman’s deep, monotonous voice guiding listeners through a “bedtime story” filled with one less-than-thrilling tangent after another, all in an effort to bore—and comfort—people into slumber. Sleep with Me averages more than 3 million listeners a month and has more than 6,000 supporters on Patreon—a level of success that has allowed Ackerman, who had long balanced the podcast with a job as a librarian, to devote himself to the show full time. And he has attracted the attention of The New York Times, which recently described the podcast as “close to a sleeping pill in audio form.” With the same self-deprecating spirit that imbues Sleep with Me, Ackerman, who refers to himself as “Scooter” on the show, recently told The Sydney Morning Herald, “I’m naturally boring, so I think that helps.”
—Adam Kaufman

What’s Mine and Yours
by Naima Coster, GSAS ’12 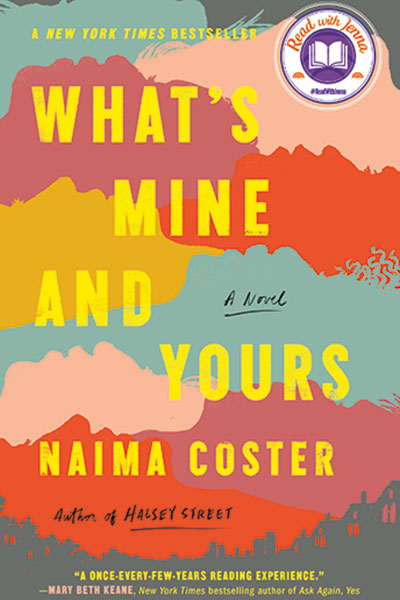 Soon after it was published in March, Naima Coster’s second novel became a New York Times bestseller. It’s an emotionally complex, resonant story of the integration of a North Carolina public high school—and the lasting consequences it has on two families. The narrative shifts back and forth in time, from the early 1990s to 2020. At the heart of it are Gee, a Black teenager whose mother, Jade, fights to get him into the predominantly white high school on the west side of town, and Noelle, a white-presenting Latina whose mother leads an effort to keep the new students out. Each family fights to overcome poverty and trauma—when Gee was 6, he saw his mother’s boyfriend, Ray, shot and killed; Noelle’s father, Robby, spends most of her and her sisters’ childhood in jail or absent due to drug addiction. But when they participate in a school production of Shakespeare’s Measure for Measure, Gee and Noelle fall in love, drawing their families together in ways big and small for years to come. It’s an affecting coming-of-age story, highlighting how race and racism, love and loss shape the characters’ lives.
—Ryan Stellabotte