“General, you will be remembered as one of the finest and most dedicated soldiers in a long and storied history of the United States military, no question about it,” the president said after describing Keane’s distinguished 38-year Army career stretching from his time as a cadet in the Fordham ROTC program to the Vietnam War to the post-9/11 wars in Afghanistan and the Middle East.

Among other achievements, Trump said, Keane “designed new training methods to ensure that military leaders would always be extremely well prepared for the intensity of combat command,” and also designed “state-of-the-art” counterinsurgency combat training for both urban and rugged environments.

In his own remarks, Keane said he was “deeply honored by this extraordinary award.”

“To receive it here in the White House, surrounded by family, by friends, and by senior government officials, is really quite overwhelming, and you can hear it in my voice,” he said. “I thank God for guiding me in the journey of life,” he said, also mentioning his “two great loves”—his wife Theresa, or Terry, who died in 2016, and the political commentator and author Angela McGlowan, “who I will love for the remainder of my life.”

“With all honesty, I wouldn’t be standing here without their love and their devotion,” he said.

Keane is the sixth Fordham graduate to receive the Medal of Freedom, the nation’s highest civilian honor. The most recent alumni recipient was sportscaster Vin Sully, FCRH ’49, awarded the medal by President Barack Obama in 2016.

Keane has advised President Trump and has often provided expert testimony to Congress since retiring as vice chief of staff of the Army in 2003. He is a Fordham trustee fellow and a 2004 recipient of the Fordham Founder’s Award.

Keane grew up in a housing project on Manhattan’s Lower East Side and was the first member of his family to attend college. He had 16 years of Catholic education, including his time at Fordham, where there was a prevailing idea that “you should have a sense of giving things back, and finding ways to do that,” he said in an interview last week on Fox News Radio’s Guy Benson Show.

Six other Fordham alumni, including some who were his contemporaries at Fordham, attended the ceremony. One of them, Joe Jordan, GABELLI ’74, said he’s impressed with how Keane, on television, “can say so much in such a short time that makes sense.”

“He attributes a lot of it to the philosophy courses he took at Fordham,” said Jordan, an author and speaker specializing in financial services who met Keane about 15 years ago, when he was a senior executive at MetLife and Keane was on the board. “He’s a guy who’s extremely successful, extremely humble, has a common touch, and always remembers his friends and attributes a lot of his success not to himself but to the people around him, and the people who helped form him.”

Also in attendance was retired General Keith Alexander, former director of the National Security Agency, who has appeared at Fordham events, including the International Conference on Cyber Security.

Keane earned a bachelor’s degree in accounting and was commissioned as a second lieutenant in 1966. He became a career paratrooper, going to Vietnam to serve with the 101st Airborne Division, which he later commanded.

He was decorated for valor in Vietnam, which was a turning point for him, with its close combat in which “death was always a silent companion,” he said.

“It was there I truly learned the value of life, the value of human life—to treasure it, to protect it,” he said in his White House remarks. “The experience crystallized for me the critical importance of our soldiers to be properly prepared with necessary skill and the appropriate amount of will to succeed in combat.”

He said he spent his Army career “among heroes who inspired me, and I’m still in awe of them today.”

“My sergeants, my fellow officers, and my mentors shaped me significantly, and several times they saved me from myself,” he said. “That’s the truth of it.”

The 9/11 attacks were a second major turning point for him, he said. He was in the Pentagon when it was attacked, and helped evacuate the injured. He lost 85 Army teammates, he said, and two days later was dispatched to New York City to take part in the response to the World Trade Center attacks.

“It was personal, and I was angry,” he said. “I could not have imagined that I would stay so involved in national security and foreign policy” after leaving the Army, he said. “My motivation is pretty simple: Do whatever I can, even in a small way, to keep America and the American people safe.” 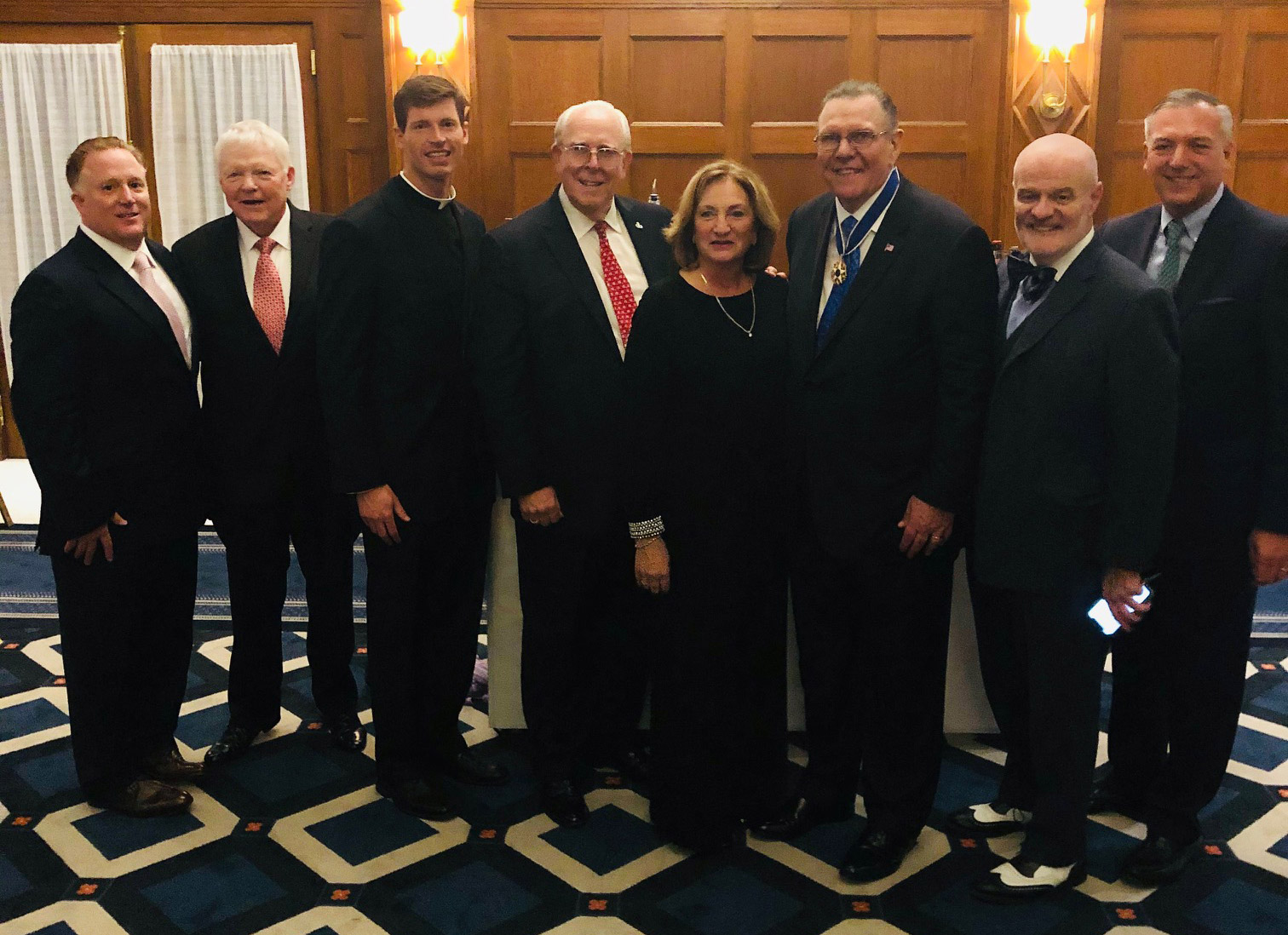