skip to main content
Return to Fordham University
You are at:Home»Fordham Magazine»Features»Places and Spaces

157. One of Our Stained-Glass Windows Depicts the Architecture of Learning 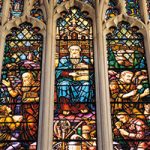 Completed in 1929 and presented to the University as a gift from the Class of 1915, the window at the east end of Tognino Hall in Duane Library represents the Jesuit tradition of liberal education. Its five allegorical panels depict philosophy, literature, astronomy, natural history, and geography. The center panel shows the philosopher in the “seat of wisdom” holding a book bearing the words per ultimas rerum causas, a reference to philosophy as the knowledge of all “things through their ultimate causes.”

158. Michael Bloomberg Called Us “One of the City’s Shining Stars” 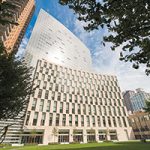 The former mayor of New York City spoke at Lincoln Center on September 18, 2014, when Fordham dedicated its new Law School building, designed by Pei Cobb Freed & Partners. “Our administration worked hard to help local colleges and universities grow, and one of the most important successes came right here at Fordham,” he said, calling the University “one of the city’s shining stars.”

159. We Carry on the Marymount Legacy 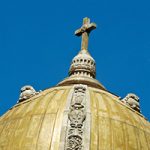 In the mid-1970s, Fordham began offering graduate-level courses in Tarrytown, New York, near the campus of Marymount, a Catholic college for women that was founded by the Religious of the Sacred Heart of Mary in 1907. In December 2000, Marymount joined forces with Fordham and was part of the University from 2002 until the college closed in 2007. Fordham later renamed the University Commons in honor of the college’s founder, Mother Marie Joseph Butler, R.S.H.M., whose spirit lives on through the Marymount Legacy Fund, a scholarship fund established by Marymount alumnae to support young women at Fordham.

160. The University Church Is a New York City Landmark 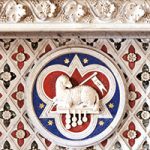 A detail from the church’s main altar.

The University Church (initially known as Our Lady of Mercy) was built in 1845 as a parish church, seminary, and college chapel. The stained-glass windows lining its nave were supposedly a gift to the college’s founder, Bishop John Hughes, from King Louis Philippe of France. The church has undergone several transformations and restorations through the years. In 1970, it was declared an official city landmark, one of New York’s finest examples of Gothic architecture.

161. We Have a Biological Field Station on a 113-Acre Preserve

In August 1970, at the dawn of the modern environmental movement, Fordham established the Louis Calder Biological Field Station in Armonk, New York. The property comprises a variety of ecosystems—mixed deciduous forest, wetlands, a lake—and labs for ecological research. It’s one of the few field stations in North America with relatively undisturbed communities near a large urban center. 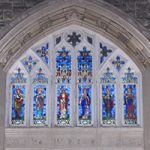 This small sanctuary, located on the third floor of Keating Hall and overlooking Edwards Parade, was built in 1937. It’s officially the Chapel of Most Holy Mary, Mother of Sorrows, but it is commonly known as the Blue Chapel because of its crowing jewel, a stained-glass window featuring many shades of blue that bathe the chapel in color.

163. Our Gym Is “Connected to Something Bigger Than the Game”

With the exception of the World War II years, when it was used as a U.S. Army barracks, the Rose Hill Gym has been in continuous use since January 1925, making it the oldest regularly used NCAA Division I gym in the country. In 2011, ESPN included the gym on its short list of historic arenas, places that are about “beauty and style and being connected to something bigger than the game.” 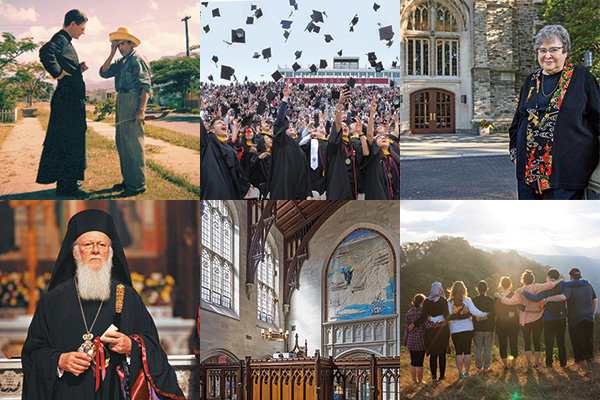