skip to main content
Return to Fordham University
You are at:Home»Fordham Magazine»On Tour with Ailey II 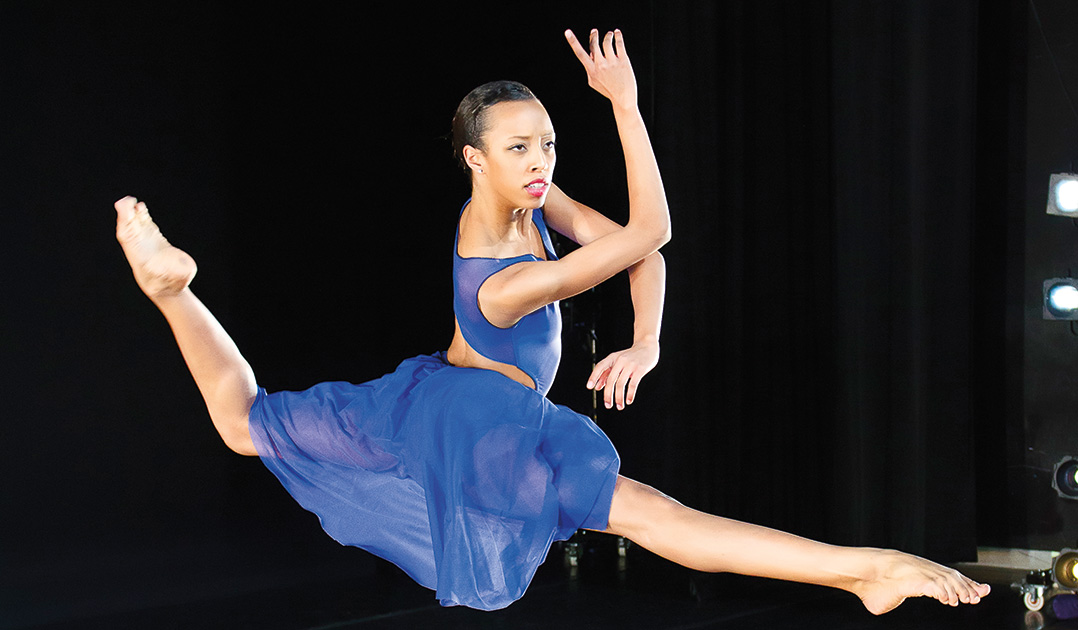 Courtney Celeste Spears stepped out of the Fordham classroom this fall and onto a world stage as a member of Ailey II, the highly selective junior company of Alvin Ailey American Dance Theater.

Spears, a senior in the Ailey/Fordham BFA program in dance at Lincoln Center, recently completed her final Fordham class toward a minor in communications and media studies. She did it remotely while on a six-week tour that took her to Italy and across the United States. Through her professional work with Ailey II, she will also earn the last of the dance credits she needs to complete her BFA before May.

“I am excited to travel and keep feeding myself artistically so I can keep giving to others,” she said shortly before officially joining Ailey II. “I see dance as a vessel to put good back into the world.” 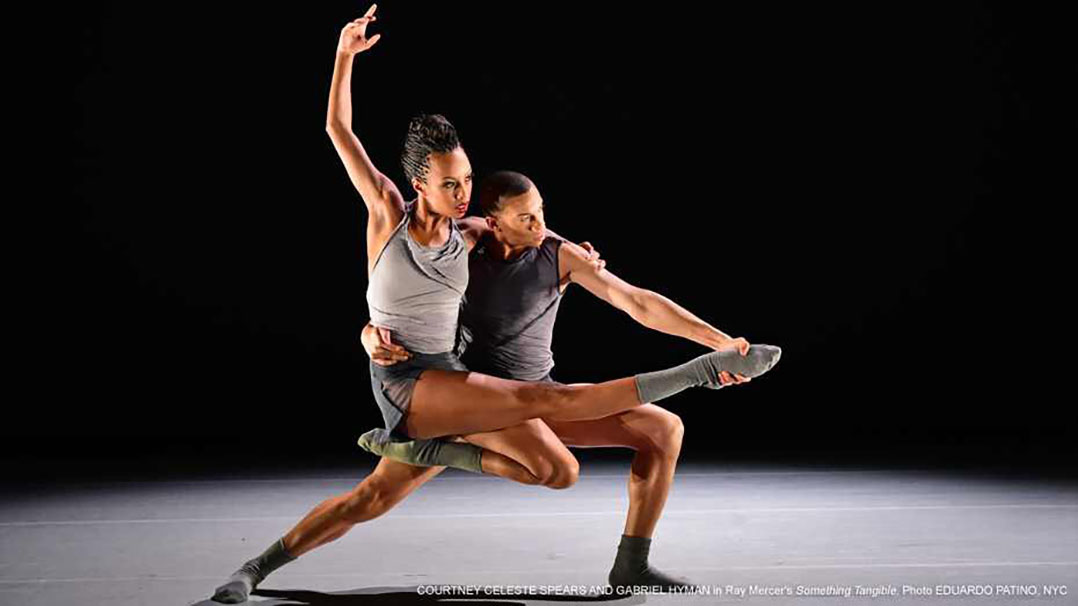 Spears and Hyman perform together on tour. Photo by Eduardo Patino

“That was a homecoming for me, and to start off the tour like that was wonderful,” she said. “Between my family, my friends, my family’s friends, my entire old dance studio, and even my first dance teacher, there must have been about 60 people at the two performances.” 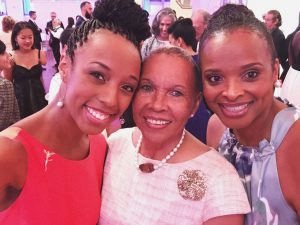 As if turning pro and kicking off the tour in her hometown weren’t enough, Spears also learned earlier this year that she had been selected to receive a Princess Grace Award for Dance. The award includes a full-tuition scholarship for her senior year.

Spears is not the only Fordham senior on tour with Ailey II this season. Her friend Gabriel Hyman, a Gates Millennium Scholar and fellow Ailey/Fordham senior, is also in the company. In fact, if you include Spears and Hyman, “more than half of the company [members] this year are Ailey/Fordham BFA grads,” said Spears.

As part of Ailey II’s tour, company members teach master classes to elementary and middle school students in different cities. For Spears, who has taught dance classes in the Bahamas, the classes were the best part of the touring experience. 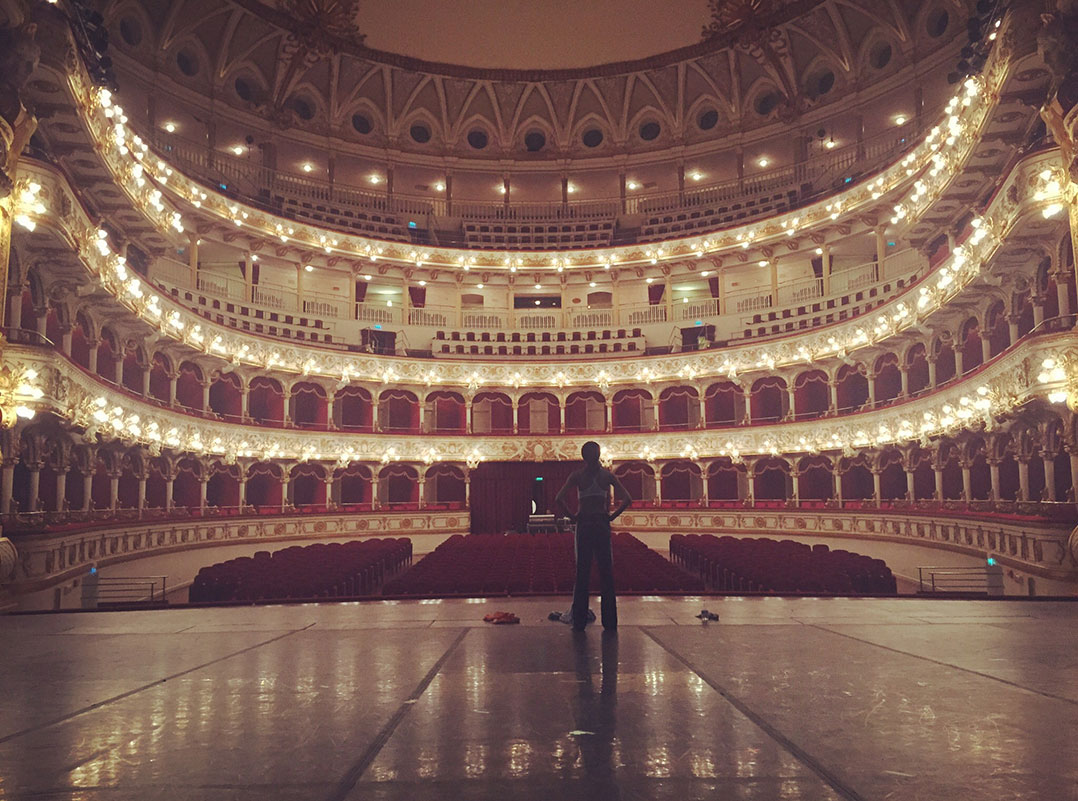 Spears takes in the moment in the Teatro Petruuzelli in Bari, Italy, just before her first Ailey II performance abroad. Photo Courtesy of Courtney Spears

“I’ve always felt that, as important as dance is as a performing art, it’s also meant to reach people, to communicate something meaningful,” she said.

In particular, Spears was struck by the class she taught in Italy with Troy Powell, Ailey II’s artistic director.

“The students didn’t speak English, so there was a language barrier. But it melted once we started dancing. We forgot we were from different countries and different parts of the world, and somehow they just understood our corrections and our instructions, and we understood them.”

Before she officially started with Ailey, Spears said she felt that much of what was happening was a bit “surreal.” Now that “it’s go time,” she said, “it does feel more real to me. But there are still those moments when I think, ‘Wow, I really get to do this.’” 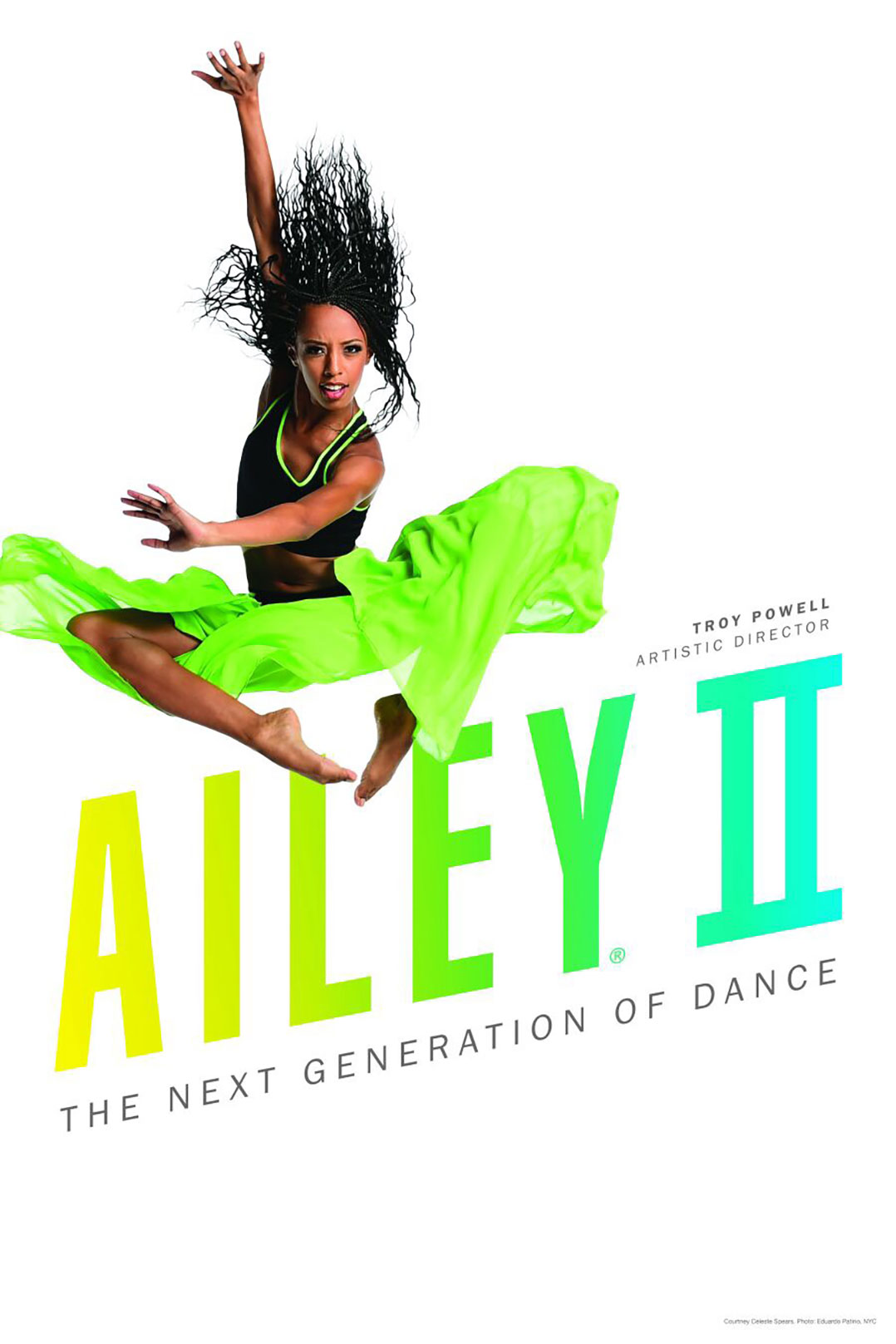