skip to main content
Return to Fordham University
You are at:Home»Commencement»Commencement 2020»Camden Ador, PCS ’20: Finding Faith in Photography
All photos by Camden Ador from his “Divine Beings” series shot in Tennessee.
Navy veteran and photographer Camden Ador took a more circuitous life path than most. After his military service, his interest in photography and his theological contemplation led him to Fordham’s School of Professional and Continuing Studies, where he will graduate this May with a bachelor’s in visual art and a deepened sense of spirituality.

Ador’s assigned gender at birth was female. While he identified as a lesbian in his late teens, he eventually transitioned to male four years ago. He spent his early years near an old mill town in Massachusetts with a religious family that held fixed views on gender and sexuality. At 13, the family moved to the deep south, an environment that was even more defined by strict cultural codes.

“There was always this animosity and it not being right with God. I was ready to get out of there when I could,” he said.

He attended college for a bit, majoring in theater, but soon left to go back north and move in with a more accepting aunt. 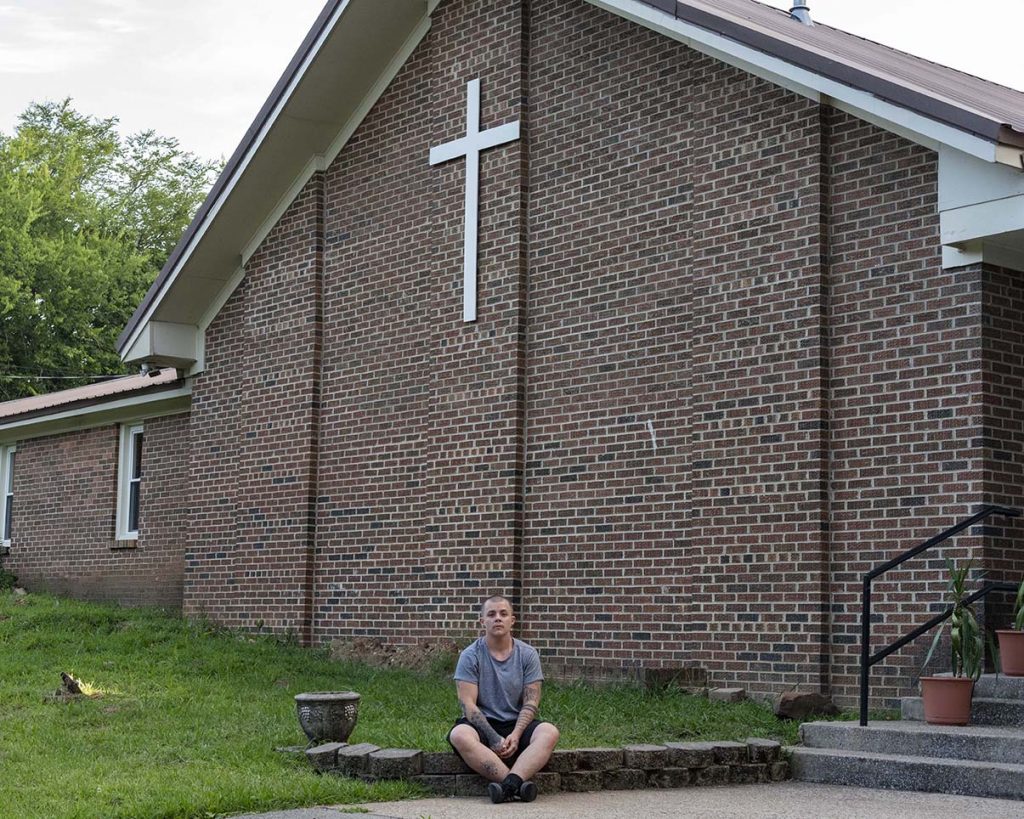 Ador loved to cook and attended culinary school. But after living from paycheck to paycheck working at restaurants, he decided to join the Navy in 2012. He rose to the rank of third class petty officer as a culinary specialist. His highly honed skills brought him to the officer’s mess, where he became a private chef for 30 of the ship’s top brass.

“The people on the downstairs galley would have to follow these recipe cards and a menu plan, but if it was steaks, I could do the sautéed mushrooms and onions with it and those little extra things,” he said. “I enjoyed being able to express myself a little bit more.”

He was stationed on the ship for about five years, based primarily out of Spain from 2014 to 2016. He said he enjoyed the traditions of the Navy, but what he misses most is the sense of belonging that many veterans express during their transition to civilian life.

“There’s obviously a huge sense of camaraderie and that’s something a lot of people, including myself, miss and look for when we get out,” he said.

Ador had been out of the closet as a lesbian when Obama rescinded the Don’t Ask, Don’t Tell policy and the armed services had begun to accept trans people. But under the current administration, he said, that support was rescinded.

“I didn’t fully come out as trans until about four months before I was leaving the ship,” he said. “It wasn’t a lot of time so I kept it pretty hush, hush.” 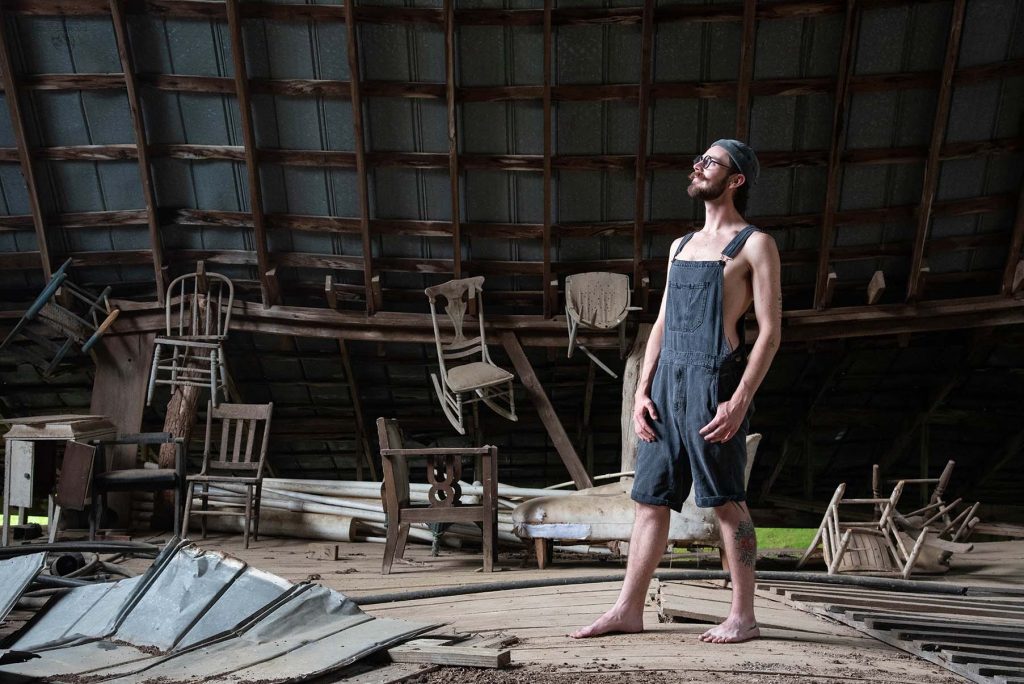 He was discharged from the Navy in Virginia, where he enrolled in a community college and began to study photography. His transition to male was concurrent with his transition to civilian life. It was around that time that a Navy buddy and two-time Fordham graduate told him about Fordham. In short order, he moved to New York City.

“My first summer in New York City really changed my life,” he said. “It was the first place that I had ever been since my transition where nobody knew me by the name I lived with for 24 years of my life,” he said.

While he continued to concentrate on photography at Fordham, the required core courses in philosophy and theology gave him back something that was essentially denied to him by evangelical upbringing.

“I’m a very spiritual being and a deep thinker and I’m interested in having these types of conversations,” he said. “I didn’t really know what to expect. Then I’m like, ‘Oh my God, this is what I love.’” He’s now planning to pursue a master’s of divinity. 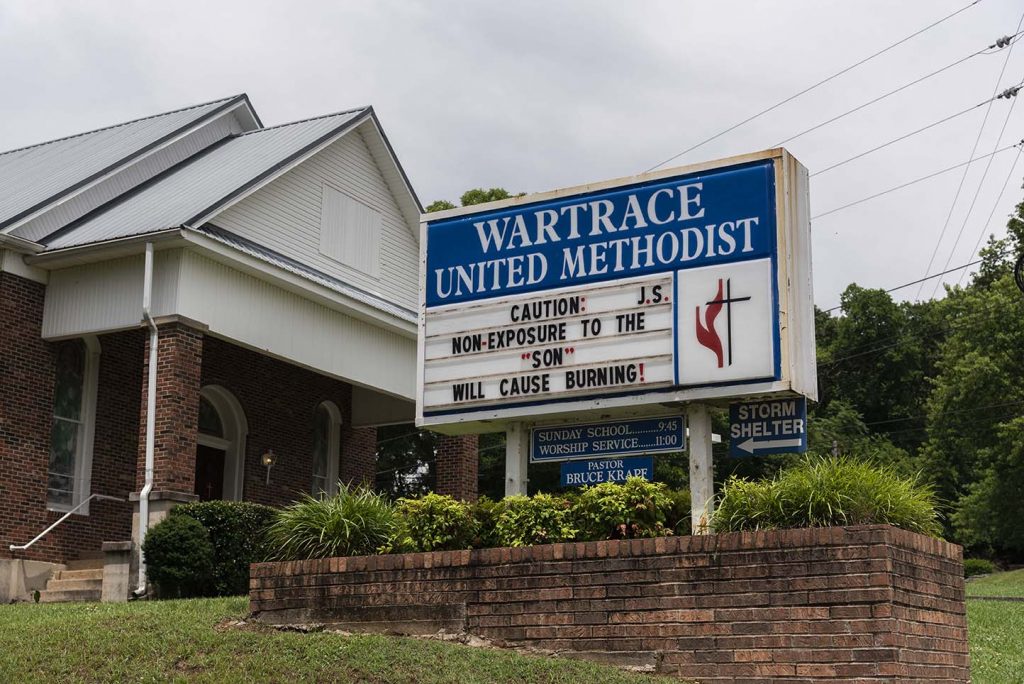 A Return to the Bible Belt

Ador said his theological work began to inform his photography. With the help of Joe Lawton, associate professor of visual arts, he qualified for an Ildiko Butler Travel Award and a Fordham Summer Research Grant to go to Tennessee and photograph people like himself.

“I wanted to go back to the Bible Belt and photograph the LGBTQ community and interview them. Just talk to them and try to better understand their relationship between their identity and God,” he said.

He said he held philosophical conversations about his vision and with longtime Adjunct Professor Anibal Pella-Woo, whose wife happens to be going for her Ph.D. in theology, so the conversations were familiar.

“This project was more than outside of himself, this was digging into his own past in his own upbringing which was very, very rough, so we spoke about that and we were concerned about his safety,” said Pella-Woo. “We wanted to make sure he had contacts down there and a safe place to stay, so all that was part of the discussion.”

The results are quiet and plainspoken photos of LGBTQ people of faith.

“There’s a real empathy to his photos so that they’re both familiar and familial, with a sense of recognition that’s a hard thing to do in photos,” said Pella-Woo. “It goes back to the level of life experience that many of our veterans have had that really informs the way they think about their place in the world, which is also why they’re great to have in classes.” 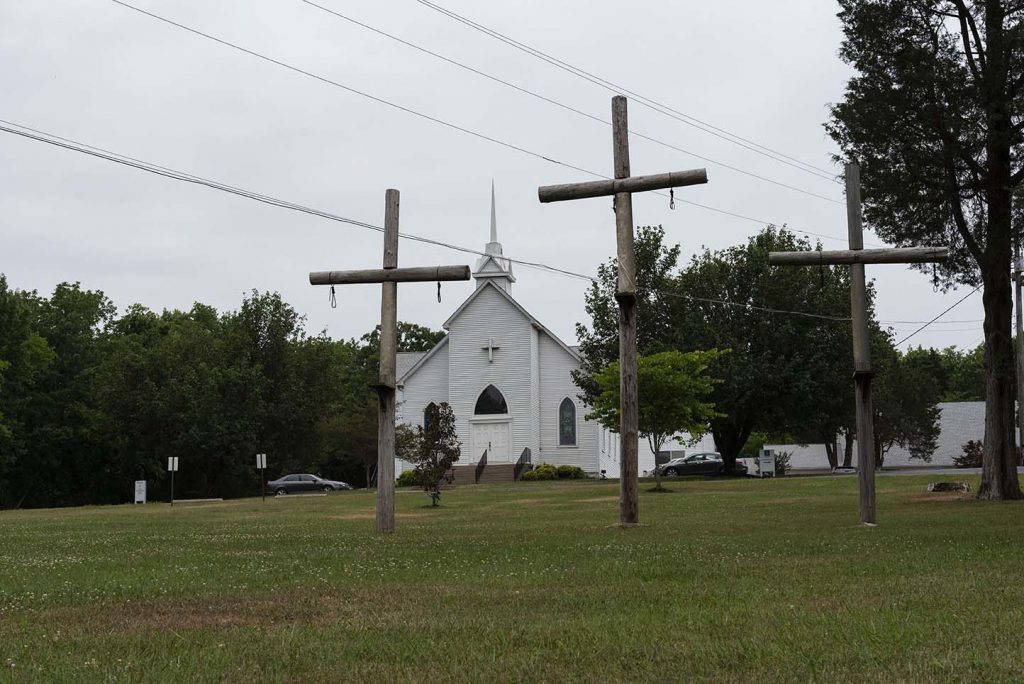 Ador said that he felt “extremely fulfilled” by his photography professors, in particular Lawton, Pella-Woo, and artist-in-residence Carleen Sheehan. He was also a student worker at the School of Professional and Continuing Studies’ Lincoln Center office, where he said he got additional support from all the deans.

“For me, Fordham was place of learning, stimulating the mind, and having earnest discussions—and needed discussions,” he said.

For now, he’s planning a nine-month break to do a wilderness program in Washington State before moving forward to pursue his master’s in theology.

“It’s been a full circle journey, coming from my family and my upbringing I had this resentment toward God,” he said. “But I always had a feeling that I was a spiritual seeker, and then I came to this understanding of who God is, in my opinion, and who the Christian God is. I now believe that every God that everyone believes in is the same God manifested in different ways, because we all resonate with things differently.”

He paused before continuing.

“These are just my own thoughts but these are the things that I’m interested in exploring more and the things that have really helped me get back in touch with my ability to believe,” he said. 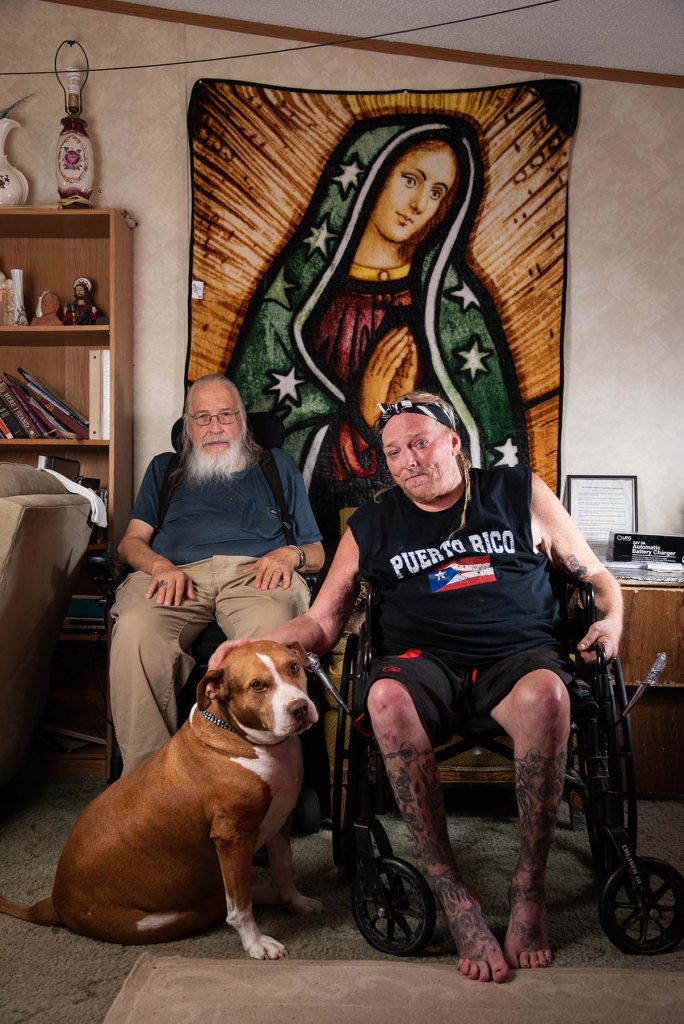