skip to main content
Return to Fordham University
You are at:Home»Colleges and Schools»Graduate School of Social Service»Panel to Examine Emerging Social Problems in Chinese Community
Flushing, Queens (above) is one of four Chinatowns in New York City.
New York City’s famed Chinatown in Lower Manhattan is now one of four Chinatowns that are home to the city’s rapidly growing Chinese community—it is joined by Sunset Park in Brooklyn, and Elmhurst and Flushing in Queens.

“New York’s Chinese immigrant community is outpacing anywhere else in the world,” said Qin Gao, PhD, professor in the Graduate School of Social Service, who said the metropolitan region is home to more than 730,000 Chinese immigrants and their families. “It’s the largest Chinese community outside of Asia.”

On April 1 at Fordham’s Lincoln Center campus, a panel of social work practitioners will explore social problems and other issues unique to the Chinese immigrant community and also discuss their experiences in the field. 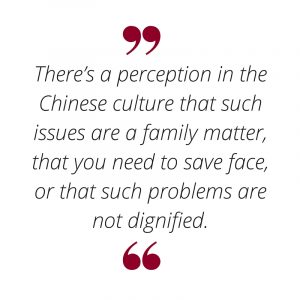 The purpose is to have a conversation about the needs that will only grow over the next few years,” said Gao, who is also a public intellectual fellow at the National Committee on U.S.-China Relations. “We also want to raise awareness that the issues are emerging and evolving.” The event is sponsored by Carnegie Corporation of New York.

Some of the immigrants suffer from mental illness or Alzheimer’s—neither of which is unique to the Chinese immigrant community, she said. But many Chinese view such issues as shameful.

“Partly we need to provide services, but we also need to provide public education,” said Gao. “There’s a perception in the Chinese culture that such issues are a family matter, that you need to save face, or that such problems are not dignified.”

Gao said that even if Chinese families wanted to care for the family members in need, economic realities make it nearly impossible to do so. She noted that in some cases parents are barely able to take care of their children, let alone care for an aging parent. Many parents send their children back to China to be cared for by relatives until it’s time for the child to attend school. When they return to New York, the bonds that normally would have formed between parent and child are very fragile.

“You can imagine all the problems when there’s no attachment between parent and child,” she said.

Gao said that the problems persist for many of the children at the schools, where parents may not be aware of the child welfare laws. Some will allow a child under 12 years to walk to school alone. The parents are not aware that it’s against the law for parent to let a young child to walk to school unescorted. Some, however, may need to work and lack the resources to have someone walk with the child.

As New York has highly developed social service networks, social workers “do not have to start from scratch,” said Gao. But they do need to understand the cultural values and traditions, and it helps to be able to speak either Mandarin or Cantonese, or both.

“What we want is for social workers to use culturally aware and confident approaches to work with the clients.”