skip to main content
Return to Fordham University
You are at:Home»Colleges and Schools»Fordham College at Rose Hill»Fordham Mourns Loss of Rosemary Cooney, Professor and Associate Dean
Photos by Tom Stoelker and courtesy of Jiali Li and Jacqueline Comesañas
A woman for others, someone always willing to help, a dedicated mentor—these are just a few ways family and friends described Rosemary Santana Cooney.

Cooney, a beloved professor, chair, and associate dean, who dedicated more than 40 years of her life to Fordham, passed away at the age of 73 on Feb. 22 at Montefiore Hospital in the Bronx.

“First of all, we were all stunned,” Doyle McCarthy, professor of sociology and American studies, said about her friend and former colleague. “Very strong personality, a tough person, and a heart of gold. She was an extraordinary mentor and teacher. She was the most prepared member in the room at a faculty meeting. She was a very thorough and detail-focused person.”

“I know the Fordham family joins me in mourning Dr. Cooney’s death,” said Joseph M. McShane, S.J., president of the University. “During her long tenure here she championed the values and actions that set Jesuit institutions apart from their peers. Rosemary elevated us, instructed us, and loved us. For those qualities and many more, we will miss her deeply.”

Jeffrey von Arx, S.J., who worked with Cooney for the last four years of his tenure as the dean of Fordham College at Rose Hill, said that she was a “wonderful person.”

“She did such an incredible job, because she is so efficient and so on top of the numbers,” he said. “She was a wonderful person to have in the office. She was always upbeat. All of the assistant deans really loved Rosemary.”

Cooney earned her bachelor’s degree from Florida State University in 1969. She earned both her master’s in 1971 and her Ph.D. in 1973 in sociology from the University of Texas at Austin. 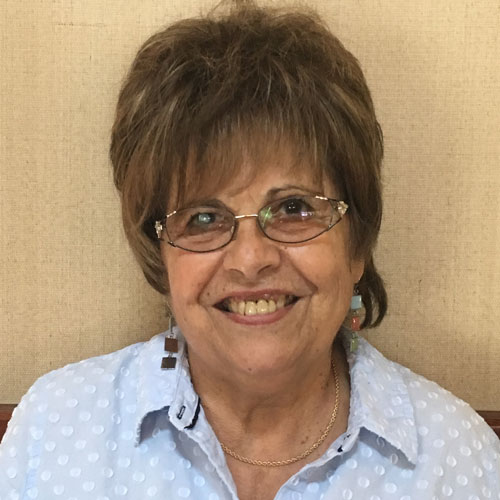 Rosemary Cooney was a professor, chair, and associate dean at Fordham for over 40 years.

In 1977, she was recognized in Outstanding Young Women of America and in 1980, she was included in the International Who’s Who in Education.

She published numerous scholarly articles, focusing mainly on labor, family life, immigration, and civil rights in China, Puerto Rico, and the United States. She co-authored many of these articles with her students.

Orlando Rodriguez, Ph.D., professor of sociology, said Cooney did a lot of work at Fordham’s Hispanic Research Center, which operated from the late-1970s until the mid-1990s and focused on issues related to the Hispanic population.

“We did one publication … called ‘New York’s Newest Hispanic Populations,’” he said. “She did all the very fine census analysis. That was in 1985 and that was a time when Ecuadorians, Dominicans, Peruvians, Mexicans—groups that were not part of the Hispanic population back then—popped up in the census. She was able to show that the Hispanic profile of New York City had changed quite a bit, so that was a major contribution.”

McCarthy said that she really saw Cooney shine when she worked with graduate students.

“I think she felt most at home as a mentor of graduate students, supervising research projects—that’s where I think she was strongest and best and outstanding, in fact,” she said.

One of those students was Jiali Li, GSAS ’92, who became one of Cooney’s best friends. Li said Cooney was having health issues and trouble speaking Friday night and was taken to the hospital; she died Saturday morning.

“In the classroom, she was the best teacher,” said Li, for whom Cooney served as a Ph.D. mentor. “She was the best professor I had at Fordham. She was very easy to understand and very fun. [In] every one of [her classes]she was very lively and gave great examples; her class was never boring.” 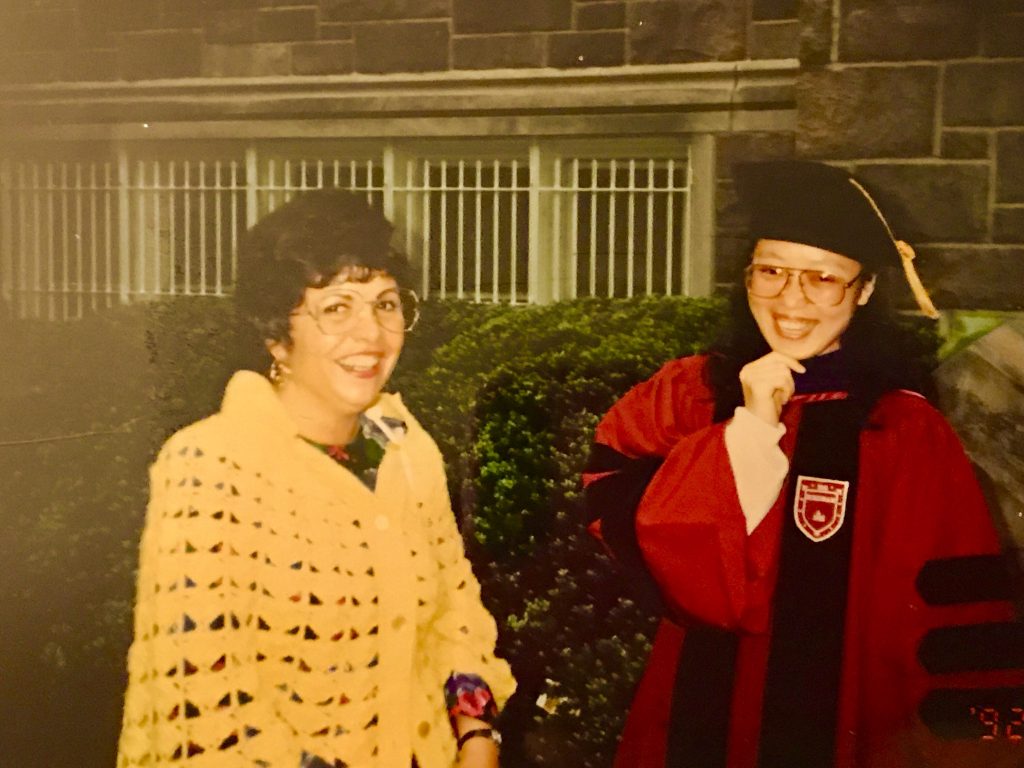 Li said Cooney helped diversify the sociology program’s offerings, adding classes such as those on demography, that gave students like Li an opportunity to learn skills that could be useful in their careers.

Right after she graduated, Li said that she remembered Cooney saying to her, “you’re just going to call me Rosemary … no more Dr. Cooney.”

From then on, Li said they became best friends, and Cooney was someone she could always depend on.

“She’s a caregiver to everybody, even to me,” she said. “So many people are like, ‘oh I can help you,’ and end up not showing up. She would go out of her way to make sure she did everything she promised.”

She was also known for going above and beyond to help her students, Rodriguez said, particularly those who were the first in their families to pursue an advanced degree.

“She was very interested in mentoring people whose parents were not [academic]professionals, who were new to graduate work, and that required quite a bit of work and she was very good at it,” he said.

Cooney was also supportive of faculty, particularly when they were looking to advance in their careers, McCarthy said.

“If we were going up for promotion or tenure, she would be encouraging to us—those are very difficult things for faculty members who are young,” she said. “If you don’t have a chair that does that, it can be demoralizing for faculty. She was just the opposite, she always encouraged us.”

Cooney’s work was recognized by many at Fordham. The University’s Graduate Student Association named her the “Teacher of the Year” in 1987 and she received both the 20-year and 40-year Bene Merenti Medals in 1994 and 2014, respectively.

Jacqueline Comesañas, senior director of gift planning, poses with Patrick and Rosemary Cooney after they established a scholarship at Fordham.

After she retired from the University in 2016, Cooney and her husband, Patrick, established a scholarship fund. Named the Santana Cooney Endowed Scholarship Fund, the gift will provide financial aid and foster diversity of the student body by supporting minority students.

“I was always aware that I was different—an outsider—because I tend to be dark, like my father. And I always worked extra hard because I figured as a woman and a minority, you had to work extra hard … I know, sympathetically, how hard these kids who try to make the transition are having to work. And I wanted to make sure that some of them were getting some help,” Cooney said about the scholarship in fall 2019.

Rosemary and Patrick Cooney met in high school and were married during their junior year of college. Patrick, who earned an M.B.A. from Fordham in 1979, collaborated with his wife on Discovering the Mid-Atlantic: Historical Tours, a guide book for amateur historians and parents looking to spark their children’s interest in historical places. Rosemary, who loved to take photos, contributed all of the photographs for the book.

Li said that her friend loved life and loved traveling, particularly to Arizona and Utah, and was looking forward to continuing to grow her other passions.

“She wanted to enrich her life,” Li said. “She was learning piano, she was really into photography—she took tons of pictures.”

Cooney leaves behind her husband and their son, Carl.