skip to main content
Return to Fordham University
You are at:Home»Colleges and Schools»Fordham College at Rose Hill»WFUV Podcast Examines Albany Sexual Harassment Crisis Through #MeToo Lens
Kacie Candela, FCRH ’19, and Andrew Seger, FCRH ’19, wrote and produced the podcast. (Photos by Tom Stoelker)
That Albany had a sexist culture where powerful men preyed on young women is not a new story. Several scandals have come to light over the past couple of decades, but many abuse survivors were often treated shabbily by the press. One tabloid even referred to victims as part of “a harem.” Now, a recently completed podcast series produced by WFUV reexamines the scandals in light of the #MeToo era. The podcast includes interviews with several survivors telling their story in their own voice.

“Women in the Room,” created by Kacie Candela, FCRH ’19, and Andrew Seger, FCRH ’19, is the third season of the Prickly Politics podcast, directed by George Bodarky, the station’s news and public affairs director. The series took an academic year to complete.

Candela and Seger’s reporting represents a generational shift from a culture where women often dealt with harassment as part of the job, to a culture of intolerance toward aggressors.

“I think in the post-#MeToo era, the difference between my generation and my parents’ generation that has become most clear is that we’re willing to put our foot down,” he said. “Our generation believes that this is not how you should treat anyone regardless of gender, regardless of race, regardless of sexual identity—it is absolutely not okay.”

Dotting the “I’s” and Crossing the “T’s”

The series explores the culture of sexual harassment in New York’s capital going back to the 1970s. The coverage meshes established news reports with contemporary insight from abuse survivors and Albany insiders. While the episodes may not break news, interviewees provide contemporary analysis through the lens of the #MeToo era.

Bodarky said the students went through information provided by survivors, press reports, and court documents. Due to the sensitive and possibly litigious nature of the reporting, they were extremely careful with the details, said Bodarky.

“Before we even launched the project, they were mindful of attribution, telling it in a way where accusations are just that,” he said. “Nothing was going to be speculated on and everything was documented, attributable, and not hearsay.”

Seger was quick to credit the Albany press corps with laying the groundwork for the podcast.

“The New York Times, Times Union, Democrat-Herald and Chronicle did a lot of solid reporting that we were drawing from, but then on top of that we talked to people who were there about what they saw, experienced, and what they heard,” he said.

Seger said plenty of shocking material he heard from Albany insiders who were not willing to go on the record exist, going back a half-century and even further.

“It turns out when Teddy Roosevelt was serving in the state legislature, he was talking about how horrible the culture was,” he said. 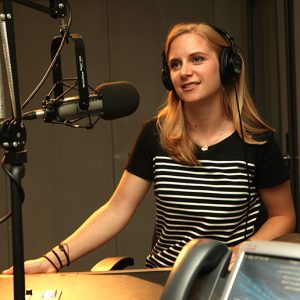 Candela said the two researched how to interview trauma survivors.

Given the sensitive nature of interviewing people who have suffered from abuse, Seger said he deferred to Candela in the interviews with the survivors, as most were women.

“Before we reached out to anyone, we looked at materials on how to deal with victims of sexual violence,” said Candela. “Organizations like the Dart Center [for Journalism and Trauma at Columbia University]  create materials for war reporters because they’re interviewing victims of rape and sexual slavery.”

A Timeline of Harassment

“We knew that we were going to be slowly interviewing each of the members for their perspective,” said Seger. “Each of these women has their own story and we planned it out from there that the narrative would follow a timeline.”

The first episode focuses on a culture of harassment that found fertile ground in the 1980s when there was an unspoken agreement among lawmakers known as the “Bear Mountain Compact.” The compact created a Vegas-like atmosphere of what happens there stays there. The hosts spoke with current and former lawmakers, a former intern, and even got background information from a singer at a local bar who confirmed the debauched atmosphere of the time (she also provides the music for that episode). 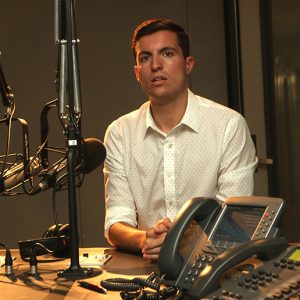 Seger said several women they spoke to came forward because of #MeToo.

The timeline moves on through 2001 when Elizabeth Crothers said she was raped by the State Assembly’s chief counsel, Michael Boxley. Like so many accusations, they weren’t enough to convince the since-disgraced and now-incarcerated Assembly Speaker Sheldon Silver to take action.

Many of the stories are told by survivors in groups, as most of the accused perpetrators were alleged to be repeat offenders. Such was the now-infamous case of Vito Lopez, the once-powerful Brooklyn assembly member who was first accused of harassment by Leah Herbert and Rita Pasarell in 2011. In that episode, listeners hear secret recordings Herbert made of Lopez pressuring her to rub his hands and spend the night at his hotel. It wasn’t until Victoria Burhans and Chloe Rivera, new staffers in Lopez’s office, took him on did the press cover the abuse. That spurred the assembly to censure him, and he resigned in 2013.

Candela said that the two established relationships with survivors before they went on the air. She spent hours on the phone with each of the subjects before and after the recording sessions to ensure they were comfortable.

“I always wanted them to feel like they could trust me with their story because many of them had had such bad experience with the press,” said Candela. “Trauma affects your memory, so we gave them road maps because they didn’t want to seem scattered when they were recalling.”

She noted that while many of the stories were public, as recent as 2013 the survivors’ stories from Vito Lopez’s office were portrayed in the press as mere sex scandals. The scandalous treatment sold newspapers, but it did little to address sexual harassment in the workplace.

“The press has had a reckoning on how we cover sexual harassment in the workplace,” said Candela. “The podcast sets the record straight for survivors.”