skip to main content
Return to Fordham University
You are at:Home»Inside Fordham»In the Name of Her Father

For Adelaide Nardone, M.D., FCRH ’79, Fordham has never been far from home. Growing up in Mount Vernon, N.Y., Adelaide and her 10 siblings often heard their father, Dominic Nardone, D.D.S., FCRH ’40, extol the University. Then, in the summer before Adelaide’s freshman year, her father died suddenly of a heart attack. A year and a half later, her mother, Carol Buonacore, died of a rare cancer.

Her father, a dentist and first-generation Italian immigrant, had “loved Fordham” and insisted that Adelaide go to Fordham. She had her eye on Johns Hopkins, but in the wake of her parents’ death, Nardone says Fordham became the right decision for her—for many reasons.

These family memories prompt a long pause from the petite and lively Nardone, before she continues, “It’s a legacy that hasn’t died and that makes it special.” 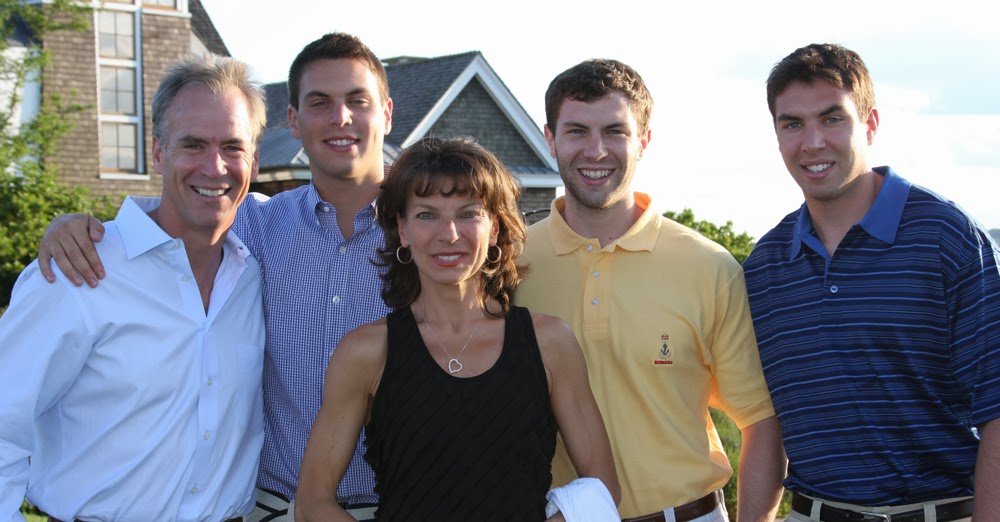 At Fordham she found support from W. Norris Clarke, S.J., professor emeritus of philosophy. “I would talk to him if I had a crisis,” she says, “and I did have crises. I lost both parents. It was tough.”

For four years, Nardone commuted between the Rose Hill campus and her nearby home, helping to raise her brothers and sisters, while working as a waitress and completing the rigorous requirements of her biology major.

“Somehow [Father Clarke] always managed to see things that were a balance of common sense, Christian values, and philosophically what’s right,” she says. “He was cerebral, but serene.”

Now, as a physician with 30 years of experience, Nardone is offering her own counsel to Fordham students.

Through the Fordham Mentoring Program, she is part of a large group of alumni who work one-on-one with students throughout the year to share their professional expertise and offer career guidance. Paired with sophomore chemistry major Catarina Araujo, Nardone speaks with Araujo regularly, and recently wrote her a letter of recommendation for an internship with the National Science Foundation.

Araujo says that although she’s “been having my doubts about what career path I want to choose, [Nardone] has been extremely helpful and sympathetic, giving me her honest opinion and suggestions. It’s great to have such a successful woman to look up to.”

The concept of giving back is “ingrained in me,” Nardone says. “My mother always said ‘you share the wealth, share what you have.’ And we had very little growing up, but comparatively, so much.”

In 1984, at the Fordham University Church, Father Clarke celebrated the wedding of Nardone and Thomas Gleason, GSB ’79, whom she met in the spring of her sophomore year, standing in line for class registration. Gleason, a swimming star at Fordham and a member of the Fordham Athletics Hall of Fame and Rhode Island Aquatic Hall of Fame, works in enterprise sales at Google. Together they have three sons: Thomas (GSB ’09), who is in the Naval Criminal Investigative Services; Gus (FCRH ’11), a student at Tufts University School of Medicine; and Luke, an engineering student at the University of Connecticut.

After Fordham, Nardone went on to graduate from New York Medical College and complete her OB/GYN residency at the now-closed St. Vincent’s Hospital in Manhattan. She was with an all-women’s practice at Northern Westchester Hospital in Mount Kisco for 13 years before moving to her husband’s native Rhode Island, where she was a clinical instructor at the University of Rhode Island and Brown University, and worked in clinical medicine at community health centers.

Now living primarily in Manhattan, Nardone, who is no longer practicing obstetrics, is finding many ways to share more of her time and her medical expertise with Fordham students.

She’s on the University’s Committee on Health Professions, one of only two alumni invited to join the committee of 20 faculty members. As part of the committee, Nardone helps with practice interviews and reference letters for Fordham students who are applying to medical schools and health professions programs.

Nardone also teaches Nutrition Essentials, a one-credit symposium open to all Fordham students, at the Rose Hill campus. Two years ago, when she noticed that Fordham didn’t have any courses on nutrition, she offered to teach one. “As a physician … (and having lost my father at such a young age from cardiac disease) I know firsthand the importance of good nutrition, healthy eating, and [healthy]lifestyle,” she says.

“It’s all about giving back for me,” says Nardone, who donates her teaching stipend to the Fordham Fund. “If I can inspire other young people to pursue their dreams despite difficult obstacles, then I’ve made some small humanitarian difference.”