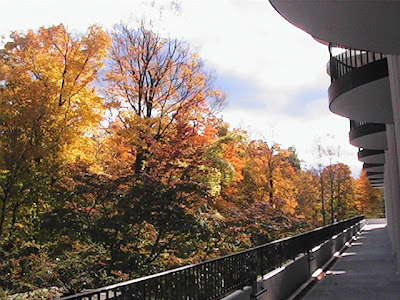 Come enjoy peak autumn colors at the 32-acre hilltop campus and tour the Modernist gem of a building designed by architect Victor Bisharat. Born in Jerusalem and educated at Berkley, Bisharat’s work is not well known outside of Connecticut. The New York Times said he was the “architect most closely associated with Stamford’s commercial development” from the late 1960s through the 1970s. And Stamford Magazine credited him for bringing a “Modernist celebration of cutting-edge space age architecture” to that city’s skyline.

Bisharat, who died in 1996, brought his space age zing to Harrison, New York in 1967. Initially built for a long-gone telephone company, the building’s golf tee-like columns and demi-moon balconies were restored during Fordham’s renovation. The project won BOMA Westchester’s 2009 Building of the Year award.

The campus quickly settled into its role as one of the area’s leading institutions and the festivities will celebrate the community with live jazz, food, and prizes. Fordham representatives will be on hand to answer questions about the undergraduate programs, as well as master’s degree programs in business administration, education, religion and religious education, and social service.For further information contact Grant Grastorf, [email protected] or (914) 367-3202. 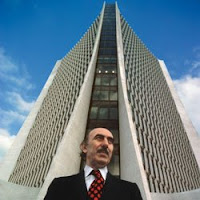