skip to main content
Return to Fordham University
You are at:Home»University News»Fordham Mourns the Passing of Angela Van Dekker, Associate Vice President and Expert on Financial Aid
Above photo of Angela Van Dekker and her husband, Benjamin, on vacation in Puerto Vallarta is courtesy of the Van Dekker family.

A Mass of Christian Burial will be held at Fordham University Church on Wednesday, May 29, at 10 a.m.

Angela Van Dekker, UGE ’63, GSE ’64, GABELLI ’01, former associate vice president of student financial services and leading voice on financial aid, died on May 23 at her home after a battle with pancreatic cancer. She was 76.

“Angela always found a way to do what was right for the student and the University,” said Peter Stace, senior vice president for enrollment and strategy. “She exercised good judgment, always tempering regulations with compassion.”

Van Dekker retired from Fordham in 2018 after 36 years at the University. Among her many duties, Van Dekker, supervised financial aid, student accounts and student employment, oversaw a budget of $150 million in institutional financial aid, chaired the appeals group, and ensured the University was compliant with all the regulations that governed that arena, said Stace, her close colleague and friend for many years.

In addition to her three Fordham degrees, Van Dekker attended numerous conferences to keep herself abreast of changes in the ever-evolving field of financial aid. 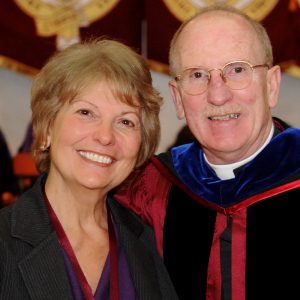 “She was probably an example to all of us as to what a lifelong learner looks like,” said John Buckley, vice president for admission and student financial services. “She was someone who wasn’t satisfied with the knowledge that she had and was always looking to learn more.”

Buckley said that Van Dekker’s knowledge of the ins and outs of state and national financial aid regulations made her an invaluable asset to the University and much sought-after expert beyond Fordham. In 2006, she was appointed by the New York State Senate to sit on the board of trustees for the state’s Higher Education Services Corporation (HESC), which administers the Tuition Assistance Program. She served on the board for 12 years, with the last two spent as co-chair and ultimately chair. In a formal resolution just after her death, the organization recognized that Van Dekker “advanced, promoted and supported policies consistent with her personal commitment to college access and affordability” and “was dearly loved and admired by all at HESC.”

Van Dekker served as vice president at the New York State Financial Aid Administrators Association and sat on advisory boards of organizations that ranged from software companies to banks to congressional advisory committees. In 2016, Fordham presented her with the Sursum Corda award, which recognizes staff who have made outstanding contributions to the life and mission of the University.

“She really was a legend in her industry, perceived with great respect as someone who was an advocate for students and deeply invested in issues of equity and fairness,” said Buckley.

Buckley said that during her tenure, Fordham’s first-year class more than doubled in number, which he credited in part to her savvy.

“Her position required her to be a critical voice in the enrollment process, so that we could assess and effectively distribute financial aid,” said Buckley.

Over the more than 30 years that Buckley worked with Van Dekker, he saw in her a dedicated wife, mother, grandmother, and great grandmother. Born and bred in Brooklyn, Van Dekker attended Catholic schools before studying at Fordham. Prior to working at the University, she taught history for a short period, helped run a family business, volunteered, and cared for her three children. 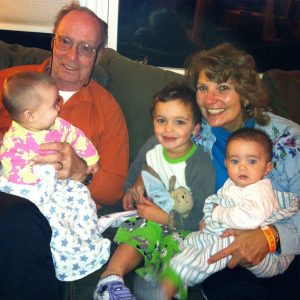 Van Dekker with her husband Ben and her grandchildren: Jackson, Elise, Violet

“Her family was without a question a critical focus,” he said, recalling many a conversation that turned to her life at home in Westchester.

That devotion dovetailed with her advocacy for Fordham families, said Brian Ghanoo, assistant vice president for student financial services. He said that Van Dekker was well aware of the financial diversity of Fordham applicants and fought to help many realize their dreams responsibly.

“She really took to heart that needy families needed an advocate in our office,” said Ghanoo.

Ghanoo said Van Dekker encouraged her staff to strike a delicate balance between helping families close financial gaps while also ensuring that they didn’t take on more debt than they could reasonably handle.

While ultimately her expertise homed in on policy, it was informed by groundwork laid while working with students at the very start of her career at the University. She began in 1983 as a work-study coordinator, making sure students could get jobs on campus. Though she no longer sat down with students to help them plot their course in her role as associate vice president, they remained the focus of her work, said Ghanoo.

Working for Van Dekker was a daunting and rewarding endeavor, he said.

“She was the best in the business; she was tough as well—it wasn’t a cakewalk—but you were challenged and you grew,” he said. “If you worked for her, you have credibility. You can go places knowing you’ve worked for one of the best and that carries a lot of weight on your resume.”

Her son-in-law, Robert Outhouse, said that her perfectionism carried into the home in a number of ways, such as her self-proclaimed best lasagna and best tiramisu recipes, which her daughter Angela now makes.

She traveled often and enjoyed seaside holidays—from Hilton Head, South Carolina, where she recently bought a condo, to her beloved Puerto Vallarta, Mexico, where she vacationed for 20 years with her husband, Benjamin Van Dekker, whom she married in 1973.

Van Dekker enjoyed going often to the U.S. Open, where she favored Agassi over Federer. She played on several U.S. Tennis Association teams, even making it to the nationals in the late 1990s. She continued to play in a Westchester league and held her spot on the court at the Tennis Club of Hastings until the very end.

“She was taking tennis lessons forever,” said Outhouse, adding that she played just last month even during the advanced stages of her illness. “She just wanted to keep getting better.”

He said she spent her final weeks on the court focused.

“I’ve been teaching for a long time and I’ve never seen anyone that determined to keep coming even when she didn’t feel well,” he said. “She was determined to do what she loved.” 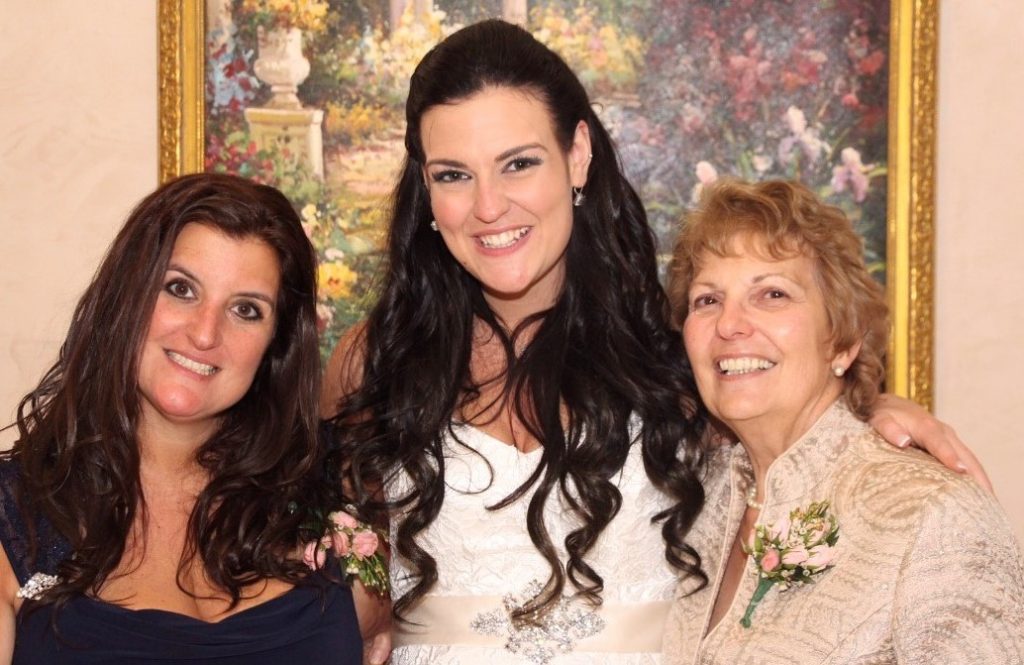 Van Dekker with her daughter Angela, at right, and her granddaughter Melissa.

In lieu of flowers, a donation may be made to the scholarship fund that Fordham honored Van Dekker with upon her retirement: the Angela Van Dekker Endowed Financial Aid Fund. Donations can be made online or sent to Fordham University, Martino Hall, 45 Columbus Avenue, 8th Floor, New York, NY 10023, Attn: Robert Smith. Please note that the gift is in memory of Angela Van Dekker.