skip to main content
Return to Fordham University
You are at:Home»University News»Edward Lecce, Senior Systems Coordinator in Finance Area, Dies at 56
Edward Lecce, circa 2010, with his wife, Deborah Lecce, who passed away in 2015. Photo courtesy of Kaitlin Lecce
Edward V. Lecce, a senior systems coordinator in the Office of Finance who had become well known and well regarded throughout the Fordham administration during his 32 years of working for the University, died on May 1 at his home in Yorktown Heights, New York. The cause of death was a heart attack, according to a family member. He was 56.

The sudden news of his untimely death has hit the finance area hard, said Martha K. Hirst, senior vice president, chief financial officer, and treasurer of Fordham. “Ed was kind of an elder in the Fordham finance family,” she said. “We’re just stunned and keenly feeling Ed Lecce’s absence.” He helped people from many areas of Fordham, “which I could tell from the kind of messages we’ve been getting from across the University,” she said. And he took a personal interest in helping his colleagues when he could. 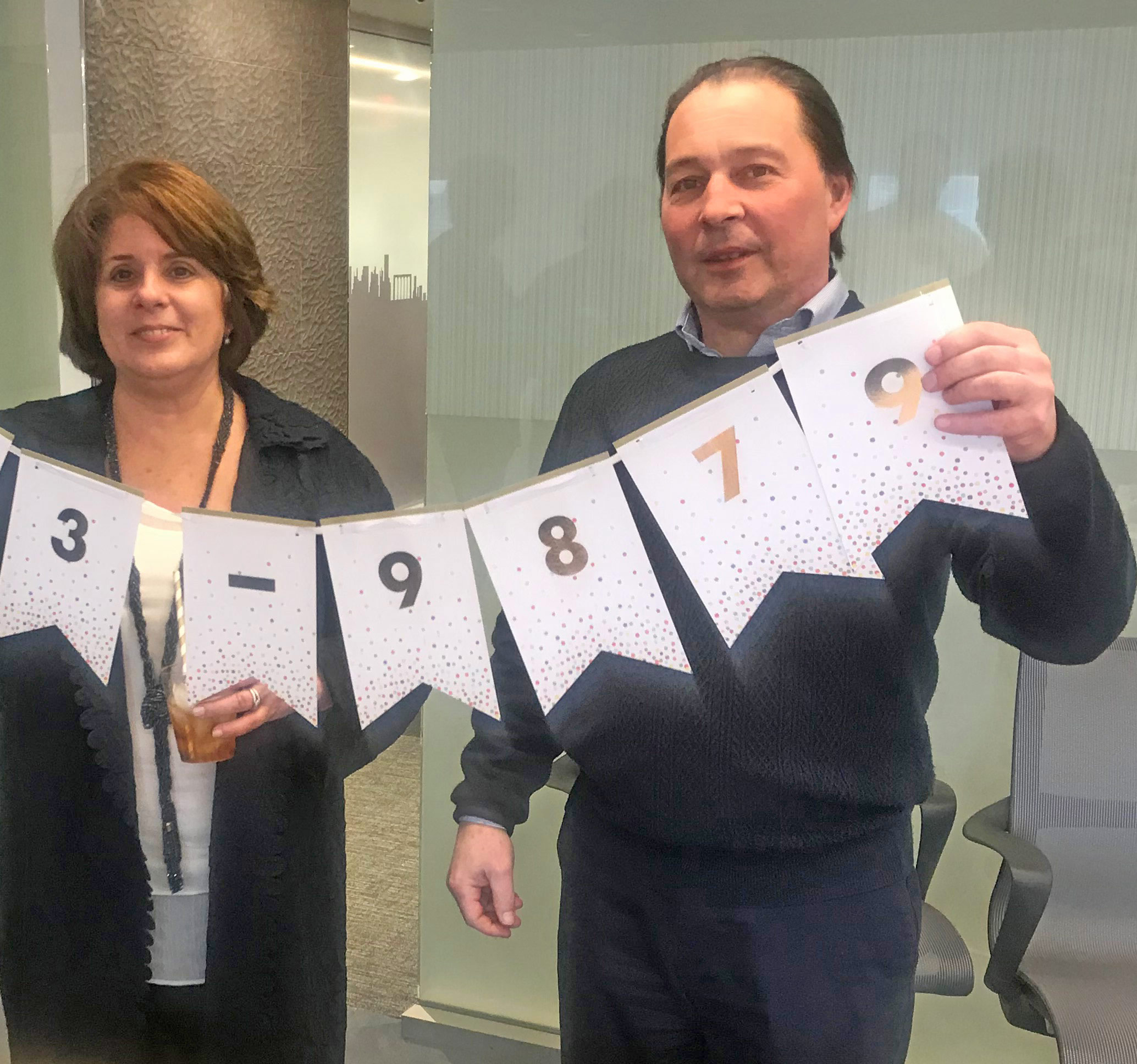 “He really took care of us,” Hirst said. “He embodied collegiality. He really did.”

Born in the Bronx, Lecce grew up in Rye, New York; earned a bachelor’s degree in electrical engineering from Clarkson University in Potsdam, New York, in 1987; and earned an MBA from the Gabelli School of Business in 1995, completing it during his early years of working for the University.

He and his wife, Deborah A. Lecce, were married in 1992, and lived in West Harrison, New York, before moving to Yorktown Heights in 1998. Deborah, a graphic artist and designer, died in 2015 after battling breast cancer for nearly eight years. The couple had two daughters—Kaitlin Lecce, a 2017 graduate of the Gabelli School of Business, and Kristen Lecce, a 2019 graduate of the Fashion Institute of Technology.

“Edward was a diligent and energetic member of our administrative staff,” said Joseph M. McShane, S.J., president of Fordham, noting that Lecce “had been likened to a one-man Department of Information Technology for the finance area.”

“We have lost someone who spent virtually his entire career at the University and gave us his best,” Father McShane said.

Lecce was “like the unspoken hero in finance” who made sure all the technology in the finance area was running efficiently and effectively, said Nicholas Milowski, vice president for finance and assistant treasurer. “He was always making sure that the ‘trains’ were running on time and that people were getting paid and that vendors were being paid and our audits went smoothly,” he said.

Lecce was widely known for his sporting spirit, said colleagues, often talking about the U.S. Open, trying to engage co-workers in handball or softball, and recruiting them to join him on his daily walks around campus.

His two daughters were the highlights of his life, said his brother, Joseph A. Lecce. 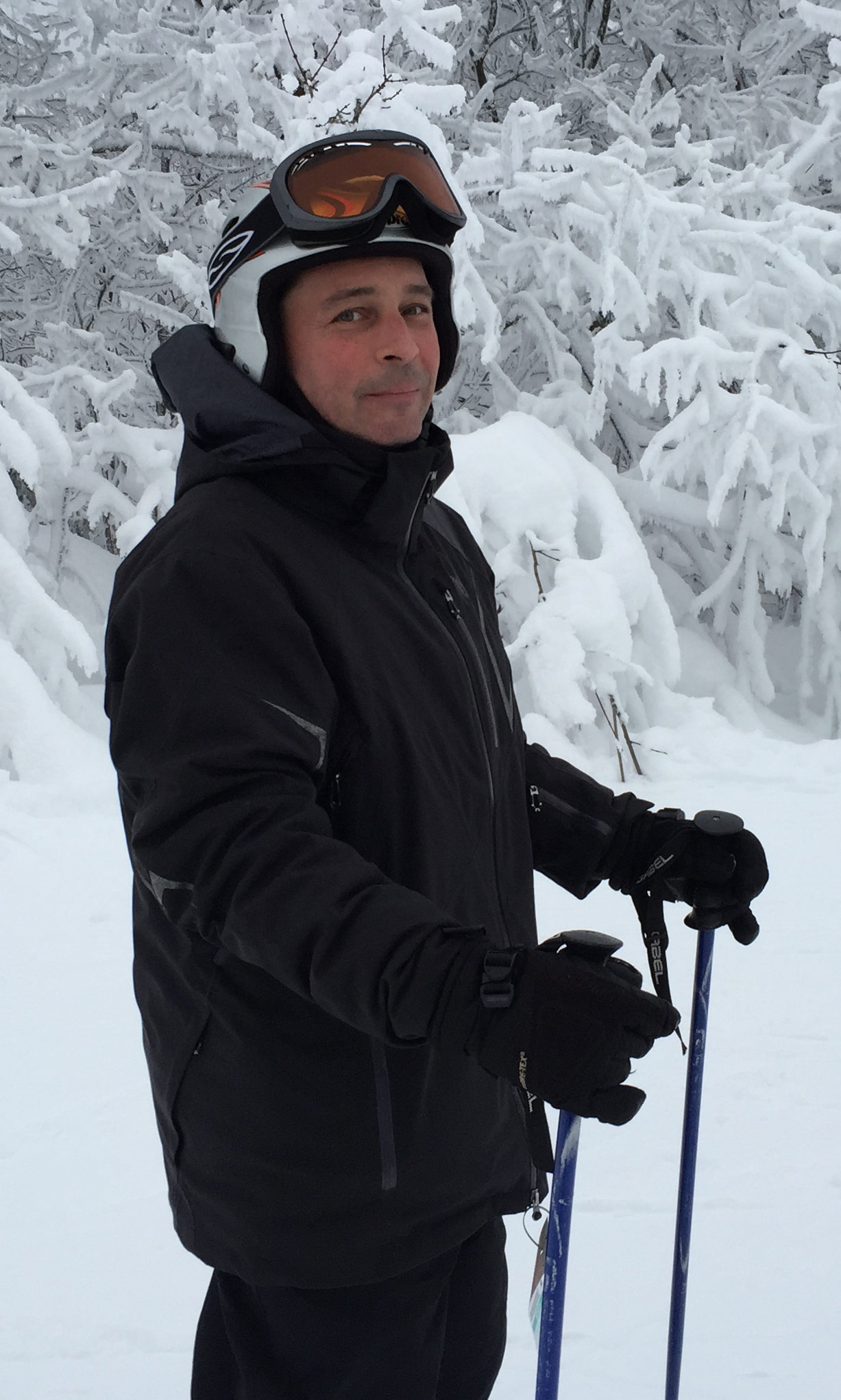 Ed was an avid tennis player, playing in a USTA Tennis League, and a skier who taught his daughters to ski from a young age, said Kaitlin Lecce.

For more than 15 years, the Lecce family spent their winter weekends in the Berkshires, where Ed took part in the adult ski program while his daughters were a part of the Ski Butternut Alpine Race Team, according to the Yorktown Funeral Home obituary.

Skiing with them fed into Ed’s own love for the sport—“Honestly, I feel like he enjoyed that because he could do it with me and my sister,” Kaitlin said.

Her father enjoyed history, and often watched the History Channel, she said. He loved Fordham, and took her and Kristen to campus for events such as Homecoming and football games. Hirst noted that in 2019, at the finance area’s last in-person retreat, Lecce won their Fordham trivia contest, “and he was so proud.”

“He took every bit of swag we had to offer him, was so happy to have it,” she said.

Kaitlin said her father was ever present for her and her sister.

“He would do pretty much anything for us,” Kaitlin said. “He was always there at every single ski race, my every dance recital. Even though he worked full time and my mom worked full time, they were always at everything.”

Edward Lecce is survived by his parents, Patricia and Vincent Lecce; his brother, Joseph; his sister, Margaret Burke; and his daughters.

Visitation will be held at Yorktown Funeral Home at 945 East Main Street, Shrub Oak, New York, on Friday, May 6, from 4 to 8 p.m. A funeral will be held Saturday, May 7, at 10 a.m., also at the funeral home. Interment will take place at Rose Hills Memorial Park in Putnam Valley, New York.

See the funeral home site for a tribute wall and information on giving gifts in Edward Lecce’s memory.