skip to main content
Return to Fordham University
You are at:Home»Science»‘Nudges’ Toward Climate Change Action May Discourage More Effective Activism

In a new study, Emily H. Ho, a sixth-year doctoral student in Fordham’s Psychometrics and Quantitative Psychology program, has examined the concept of nudging with respect to climate change. 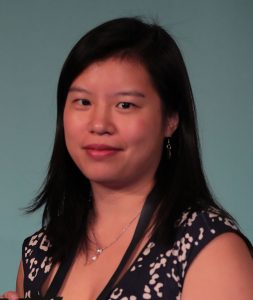 In Nudging Out Support for a Carbon Tax, which was published in the journal Nature Climate Change this June, Ho and her co-authors, David Hagmann at Harvard Kennedy School and George Loewenstein at Carnegie Mellon University, tested a theory that says that if a person is asked to support the idea of a nudge related to combatting climate change—in this case the notion of automatically being enrolled in a program to support renewable energy—they would be less likely to support a carbon tax, which is more painful but also more effective.

Ho said the reticence of the first groups may be explained by a phenomenon known as “single action bias,” which is when you feel that you’ve done enough to address a particular issue, so you decline to do more. She gave the example of a person who recycles and then chooses to take a taxi instead of mass transit.

That’s not to say she wants to put an end to nudging.

“Nudges should actually be used as complements to standard economic policies. It turns out that when we tell people that nudges aren’t that effective [on their own], compared with carbon taxes, and when we tell them carbon taxes can lead to improvements in other areas of their lives, then we find this effect disappears,” she said.

As part of the surveys, some of which were conducted via the crowdsourcing platform Amazon Mechanical Turk, Ho and her colleagues experimented with different ways of asking questions to see if they would get different answers. It made no difference.

In order to assess whether education levels and policy-making experience might have an impact on their results, Ho and her colleagues also recruited alumni from the Heinz College of Information Systems and Public Policy at Carnegie Mellon University. The results replicated even in this sample. With each survey, they attempted to craft questions to mitigate or even eliminate the single-action bias, but found that it persisted.

A Time and A Place For Every Nudge

Ho said that despite her research results, nudges can still be a useful tool.

“Nudges are actually quite attractive. They’re typically costless to implement, and they still alter the choice architecture without altering people’s freedom to choose. It’s very flexible as a method for improving behaviors, which is why it’s very popular,” she said. “We’re just identifying that it could hinder the overall goal of getting people to support carbon taxes, which are more effective.”

The idea that people will only support a more difficult solution in addition to an easy one if they’re given enough information makes intuitive sense, of course. What makes this study important, Ho said, is that it provides empirical proof of this in the context of climate change, something that had not existed previously. She also noted that the study’s data, analysis, and results are free and open to the public. In recent years, researchers have had difficulty replicating many studies in the social and life sciences; by making all their data open, as part of the Open Science initiative, Ho and her authors hope others will be able to build off the results of the study, or that it will inspire other researchers to conduct similar experiments.

Ultimately, she said, the study gives policy makers a better understanding of what it may take for them to sell a carbon tax to their constituents.

“I think people have the idea in their mind that a nudge is a magic bullet, because it’s costless and easy to implement. All of those things are true, but our paper is just allowing for the space that that line of thinking can reduce support for more effective actions that should be taken,” she said.