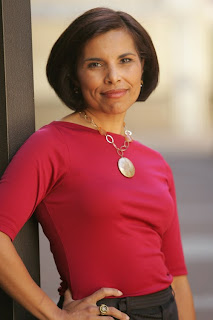 Being a successful researcher requires not only painstaking attention to detail and boundless curiosity. It also required being flexible enough to alter your approach when faced with new findings.

Monica Rivera-Mindt, Ph.D., an associate professor of psychology, is doing just that as she works on a five-year study conducted at the Mount Sinai School of Medicine and funded by the National Institute of Mental Health.

The grant, which was awarded in 2007, involves recruiting 150 volunteers to take part in a pilot study of an intervention that is culturally tailored specifically toward Latinos. Rivera-Mindt said they’ve successfully recruited 110 volunteers, and hopes to hit the goal by February.

“Any time you engage in research with people, there are always bumps and surprises along the way, and my study is no exception in that regard,” she said. Recruitment was slow initially, and I had this desire to get involved in the community, but I didn’t know exactly how to approach the community in a meaningful way.”

Part of the challenge, she said, has been earning the trust of the community, so as to understand the needs of a disenfranchised population. Working with groups like Harlem Community Academic Partnership, the Manhattan HIV Care Network has helped.

“It’s not only about how my research can help them, but also how their perspective can inform my research. Because of their input, my research has evolved, and questions are emerging in ways that I didn’t expect and could not have known had I not been involved in the community,” she said.

“It turns out that broader social issues are also rally important to medication adherence in a way that I hadn’t thought about things like housing, and child care in order to go to the pharmacy or to see the doctor in order to get your medication.”

“Part of the population that I’m working with is somewhat transient, and sometimes they’re living with family or with friends, wherever, and they can’t disclose their HIV status, for issues of safety and other things, or being ostracized. So they hide their medications; they might not be able to take them into where they’re living.”

Rivera-Mindt is also working on a grant from the National Institute on Drug Abuse with a team at Albert Einstein College of Medicine examining the neurocognitive effects of bupenorphine (an opioid addiction therapy) among HIV-positive and HIV-negative opioid dependent adults.

Rivera-Mindt’s work has not gone unnoticed. When it meets for its annual conference in Vancouver on Oct. 13, The National Academy of Neuropsychology will present her with its 2010 Early Career Service Award, for her service to the profession, service to the community, and teaching, including supervision and mentoring. It’s the first national award she’s won for her work, and one she’s extremely grateful for.

“My research, teaching and supervision are all inter-connected. For me, the ultimate goal is to improve services and outcomes in terms of neuro-psychological functioning for all kinds of people, but especially for ethnically diverse, disenfranchised populations who tend to be underrepresented or under served,” she said. “So I feel this is part of that greater mission for me.”