German philosopher G.W.F. Hegel (1770-1831) is one of the discipline’s most influential thinkers. Unfortunately, his comprehensive, systematic philosophy is so complex that some contemporary philosophers never fully grasp it. 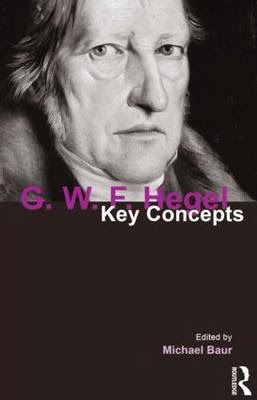 “Hegel was a very comprehensive and systematic thinker, [so]in order to grasp the full meaning of any particular part within Hegel’s system, it is necessary to appreciate the context of the whole,” writes Baur, an associate professor of philosophy and adjunct professor at Fordham Law.

“[In addition,] Hegel developed his innovative and systematic philosophy in continuous dialogue with his own contemporaries. Thus, in order to understand Hegel, it is necessary also to understand the historical context within which, and in response to which, Hegel was developing his own philosophical views.”

G.W.F. Hegel his the shelves this week. Click here to read the publisher’s synopsis of the book.