skip to main content
Return to Fordham University
You are at:Home»Colleges and Schools»Fordham College at Rose Hill»Bronx Black History Archives Open to Public

The archive, made available through the Department of African and African-American Studies and Fordham Libraries, consists of downloadable audio files and verbatim transcripts of interviews conducted by researchers from 2002 to 2013.

“This took years of incredibly hard work,” said Mark Naison, PhD, professor of history and African and African-American studies and principal investigator of the project. He said that the transcriptions were completed over the past two years by Fordham undergraduates, with the exception of a handful of people from outside of Fordham, who helped when interviews were conducted in French.

“The stories can latch on to you. The real gold is the average working person sharing his or her life experience.”
Those French-language interviews represent the organic nature of the project as it grew from an American focus to one that encompassed recent immigrants from Africa—both Anglophone and Francophone. Naison said that the African diaspora in the Bronx also included Afro-Caribbean and Afro-Latino immigrants.

The archive also includes interviews with white families who stayed on as neighborhoods went through demographic transformations. Naison said that in the 1940s and 1950s, the Bronx was “incredibly diverse” as the borough transformed. White flight didn’t happen in a flash. 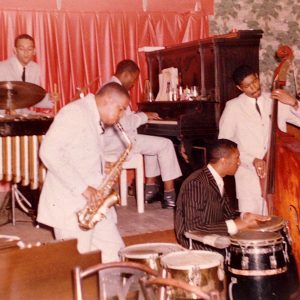 “For about 20 years the Bronx had a very unusual mix,” said Naison. “The transformation was a much slower process than people realize. We captured that experience.”

The racial mixing inspired a musical history, too, which has become an overarching theme that evolved through the interviews, said Naison. Similarly, as one oral account led to the next, it became obvious to the researchers that they should include the wave of African immigration, which by the 21st century had grown to be one of the largest in the Western Hemisphere.

In 2006, Sudanese native Jane Edward, PhD, a clinical assistant professor in the African and African-American studies department, joined the oral history project to engage the growing African community. She and Naison went to events, schools, and organizations, eventually gaining the trust of the communities. Edward, an ethnographer by training, had to veer from the established protocols of the project, creating separate questionnaires and release forms tailored to the community concerns, as issues of undocumentation left some afraid to speak.

“It ties to my own experience as an immigrant from South Sudan,” said Edward. “It is also a contemporary history, so it changes all the time.”

The project moved from gathering oral history to organizing and uploading the transcripts and recordings, with an eye toward preserving the borough’s history for the long haul, said Damien Strecker. A doctoral candidate in history, Strecker worked with Fordham Libraries to archive the project. 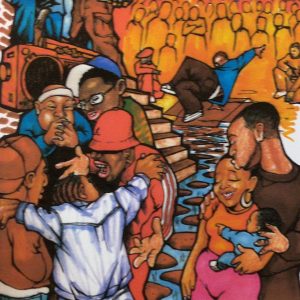 “You don’t want them collecting dust,” he said. “You want them available for scholars, but also you also want a kid in a Bronx middle school or high school to be able to Google them and find them.”

Even with the technical issues he faced in creating the archive with such large files, Strecker said he still was pulled in by the personal histories.

“The stories can latch on to you,” he said. “The real gold is the average working person sharing his or her life experience.”

One end result of putting the archive online for the public may be to raise Fordham’s profile in the Bronx. Project participant Andrea Ramsey, FCRH ‘86, said that when she was growing up she often went to the Bronx Zoo and the New York Botanical Gardens near the campus, but she didn’t know much about Fordham “other than that it was a Catholic organization or school.”

Bob Gumbs, a local historian and project organizer, said he knew of very little in terms of contact between Fordham and the residents of the south Bronx before the project got underway in 2002.

“Fordham was a world away,” he said. “So I think this project has given the University a new identity in a positive way.”