skip to main content
Return to Fordham University
You are at:Home»Inside Fordham»A Blast from the Past: Fordham Celebrates Black History Month

Civil rights pioneers, entertainers, preachers, politicians, educators—Over the years, Fordham has played host to some of the most dynamic black leaders in our time. In honor of Black History Month, we revisit the archives to showcase a few who have brought their inspiration to the University. 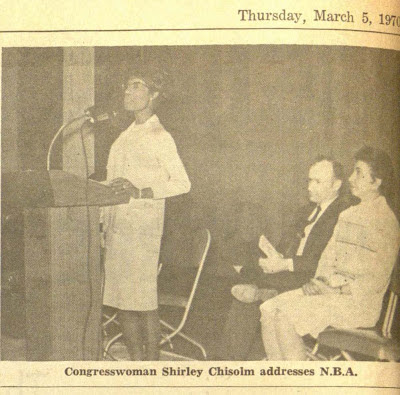 Congresswoman Shirley Chisholm, the first African-American woman elected to Congress and the first major-party black candidate for President, spoke at the National Black Affair conference at the Lincoln Center campus on Feb. 28, 1970. 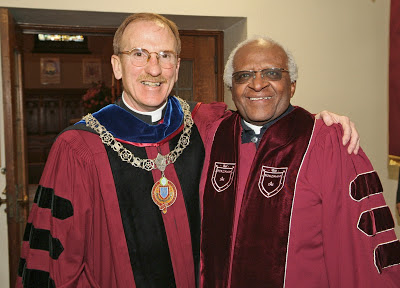 The Most Reverend Archbishop Desmond Mpilo Tutu, (pictured with Joseph M. McShane, S.J., president of Fordham) who rose to worldwide fame during the 1980s as an opponent of apartheid in his native South Africa, was given an Doctor of Humane letters, honoris causa, at the University Church on Feb. 23, 2005. 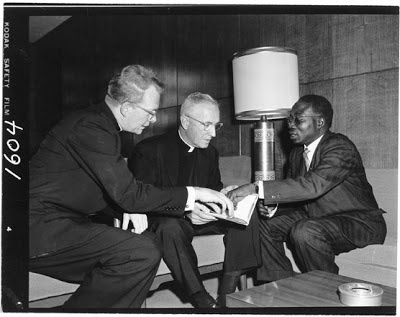 Leopold Senghor, the first president of Senegal and one of Africa’s seminal statesmen, as well as a respected poet, professor and intellectual, visited the Rose Hill campus in November 1961. His name is engraved on the Terrace of Presidents there. 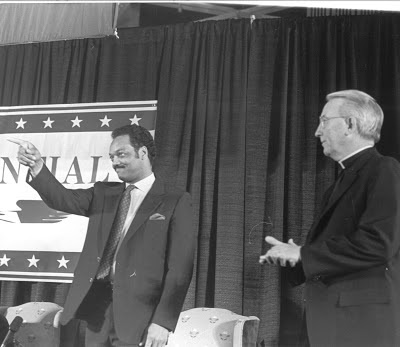 See more photos in issue #8 of Inside Fordham when it hits the bins on Feb. 25.