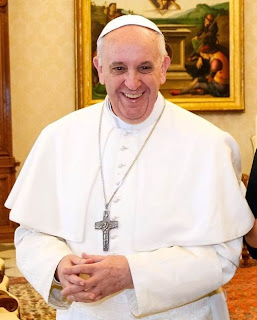 In February, Pope Benedict XVI shocked the world with his decision to resign from the papacy—the first pope to do so in nearly six centuries.

The novelties kept coming when a month later it was announced to the world’s two billion Catholics that Argentinian Cardinal Jorge Mario Bergoglio would succeed Benedict, giving the church its first South American and first Jesuit pope.

Next week, Fordham University’sDepartment of Theology will host a panel of experts to discuss how the newly-elected Pope Francis has handled the first six months of his papacy and what the Catholic community can expect moving forward.

Fordham theologians and prominent religion journalist Rachel Zoll of the Associated Press will examine the first six months of Pope Francis’s leadership, including the tone he has set for his papacy, the initiatives he has already undertaken, and the prospects for the months and years to come.

The panel will feature:

Audience members will have an opportunity to ask questions after the discussion, which is free and open to the public.

The event is hosted by the Department of Theology, in association with the Francis and Ann Curran Center for American Catholic Studies and the Center on Religion and Culture.