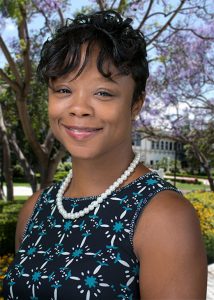 Her project explores the ways Black women affirm their spiritual maturation and consider what it means to be one with God “while in flesh, in estranged bodies,” she said.

This includes the ways black women in positions of religious authority have navigated their relationships with men.

So one of the last things Watkins, an assistant professor of theology at and religious studies at the University of San Diego, plans to do is visit the Schomburg Center in Harlem to read one of the three chapters that was left out of Malcolm X’s 1964 autobiography.

In a chapter that was kept hidden from public view for five decades by Malcolm X’s co-writer Alex Haley, Watkins hopes to find the civil rights leader’s writings on the ways that Black male patriarchal norms clashed with his own goal of lifting up Black women within their communities, particularly in his work with the Organization of Afro-American Unity.

Thanks to a NEH Faculty Fellowship from Fordham’s Orthodox Christian Studies Center, Watkins has the resources to make this visit happen. She is one of five scholars awarded fellowships this year by the center, which began its fellowship program in 2017.

“[Watkins] has this really innovative way of bringing this ancient, Eastern Christian notion of theosis as a resource for doing womanist theology,” he said.

Watkins, who is also an elder in the United Methodist Church, is no stranger to Fordham, having spoken at the center’s Patterson Triennial Conference in 2019. She was still pleasantly surprised to be chosen.

“It’s a blessing to know there are partners in the church universal, and to have the confidence of other colleagues who think your work is meaningful,” she said.

Her book, which she plans to finish next June, brings together two ideas: theosis, which is an Orthodox Christian conception of the process of coming into union with God, and womanist theology, a concept that revolves around the experiences and perspectives of Black women, popularized by activist and writer Alice Walker in 1982.

“What does theosis mean for those whose very personhood, whose embodiment, whose spiritual integrity has been divested of its sacred value through social structures such as white supremacy?” she said.

“I’m looking at [Black women’s] inner sacred lives and how they’re striving to affirm their own personhood, their own spiritual maturation, and the social transformation of their communities.”

The book has its roots in Watkins’ Ph.D. dissertation, but it has taken on a new life recently, as she has expanded the scope to include the theological ideas of Black men like Malcolm X. The expansion is necessary, she said, because of events such as the 2017 white supremacist riots in Charlottesville, Virginia, and the rise of conservative evangelical theology. Christian spaces are becoming increasingly attractive as places to express hate, she said.

“There were members of the Christian right in Charlottesville that were so-called Orthodox,” she said.

“[The book] is a way of reclaiming Christianity as a space that is not going to be hospitable to hate.” 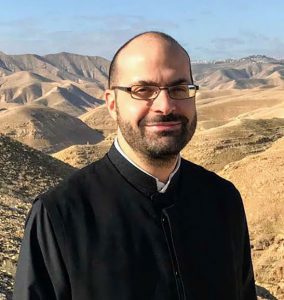 Watkins is joined by four other fellows.

Michael Azar, Ph.D., an associate professor of theology and religious studies at the University of Scranton who earned his doctorate at Fordham in 2013, is working on a project titled “Reframing Christian-Jewish Relations in Light of Orthodox Christianity in the Holy Land.” 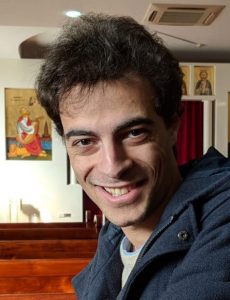 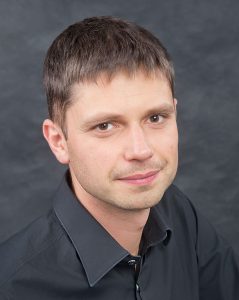 Konrad Siekierski, a Ph.D. candidate in theology and religious studies at King’s College, is this year’s NEH Dissertation Completion fellow. His doctoral thesis, “A Vow to Go: Religion, Reunion, and Roots in Armenian Pilgrimage,” is based on 10 years of ethnographic research and examines the different forms that pilgrimage takes today in Armenian culture. 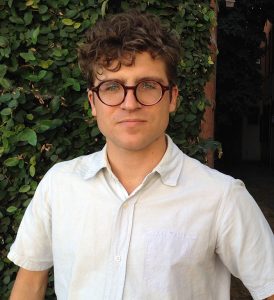 Jesse Arlen, a Ph.D. candidate at the University of California, Los Angeles, is the center’s first fellow in Armenian Christian Studies. His fellowship is the result of a new partnership the center has established with the Eastern Diocese of the Armenian Church of America. He will use it to revise his dissertation for publication as a book. The dissertation, “A Window into the Tenth Century: The Life and Literary Works of Anania of Narek,” uses a pivotal but understudied figure to offer new insights into some of the major regional developments of the era from the Islamicate world to Byzantium.

Demacopoulos said that this year’s cohort of fellows is notable for several reasons. It’s the first time the faculty fellowships have been awarded to theologians rather than historians or anthropologists. Kaldas is also the first Australian to receive the award, marking a geographical expansion as well.

“The quality and the diversity of the applicants just shows the increasing reach of the center in the mindshare of academics around the world,” he said.