skip to main content
Return to Fordham University
You are at:Home»In the News»Law Alumna Runs Marathon for One who Keeps Her On Track
When Jessica Berman, LAW ’02, takes her first step across the Verrazano-Narrows Bridge on this Sunday, Nov. 2, it will be the second time she’s embarked on the 26.2-mile New York City marathon. 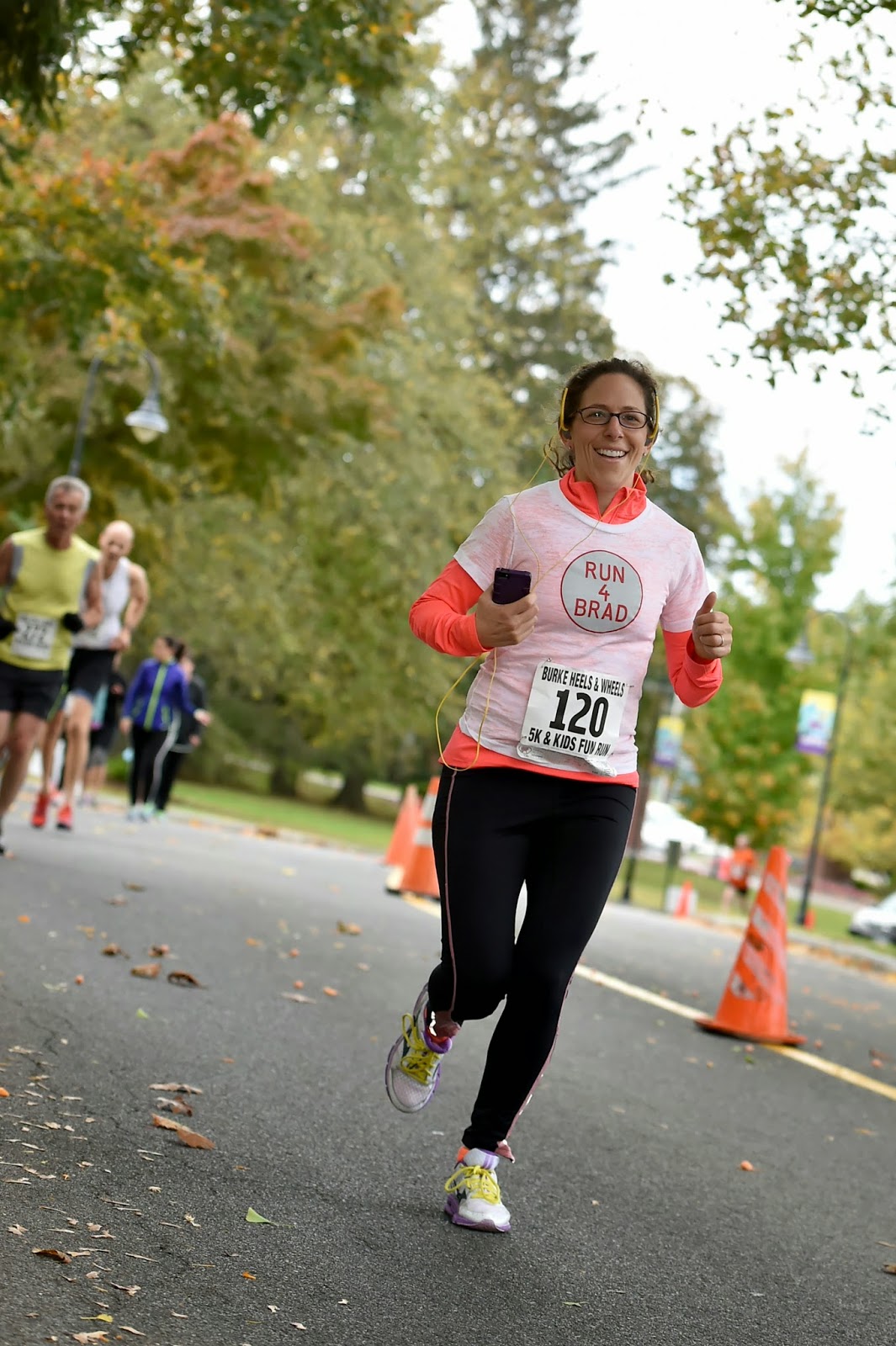 Berman running in the Heels & Wheels 5K in Larchmont on Sunday, Oct. 25 Photo by Dana Maxson

But it will be the first time she’s running the race for two.

Berman, a Larchmont resident, is running as part of a 13-member“Run 4 Brad” team that has so far raised $70,000 for the creation of a lower limb robotics program at Burke Rehabilitation Center in White Plains, NY.
The money is being raised in honor of her husband Brad, 37, who suffered a massive stroke last August that left him comatose for weeks and unable to walk for several months.
Berman is spearheading the drive both to help fund the robotics program and to spread the word about staying fit—a major factor in Brad’s recovery from AVM (arteriovenous malformation), a congenital malformation of blood vessels that led to his stroke.
The fact that her husband had previously run several marathons made a big difference toward his success in relearning how to breathe, walk, and talk, said Berman.
“If, God forbid, anything like this ever happens, you want your body to be in the best position to be able to recover, and the [doctors]felt Brad had done that,” said Berman, who is vice president and deputy general counsel for the National Hockey League (NHL).
“No matter what, it’s one foot after another. The running analogy has gotten us through this in a very real way, because that’s what you do as a runner.” 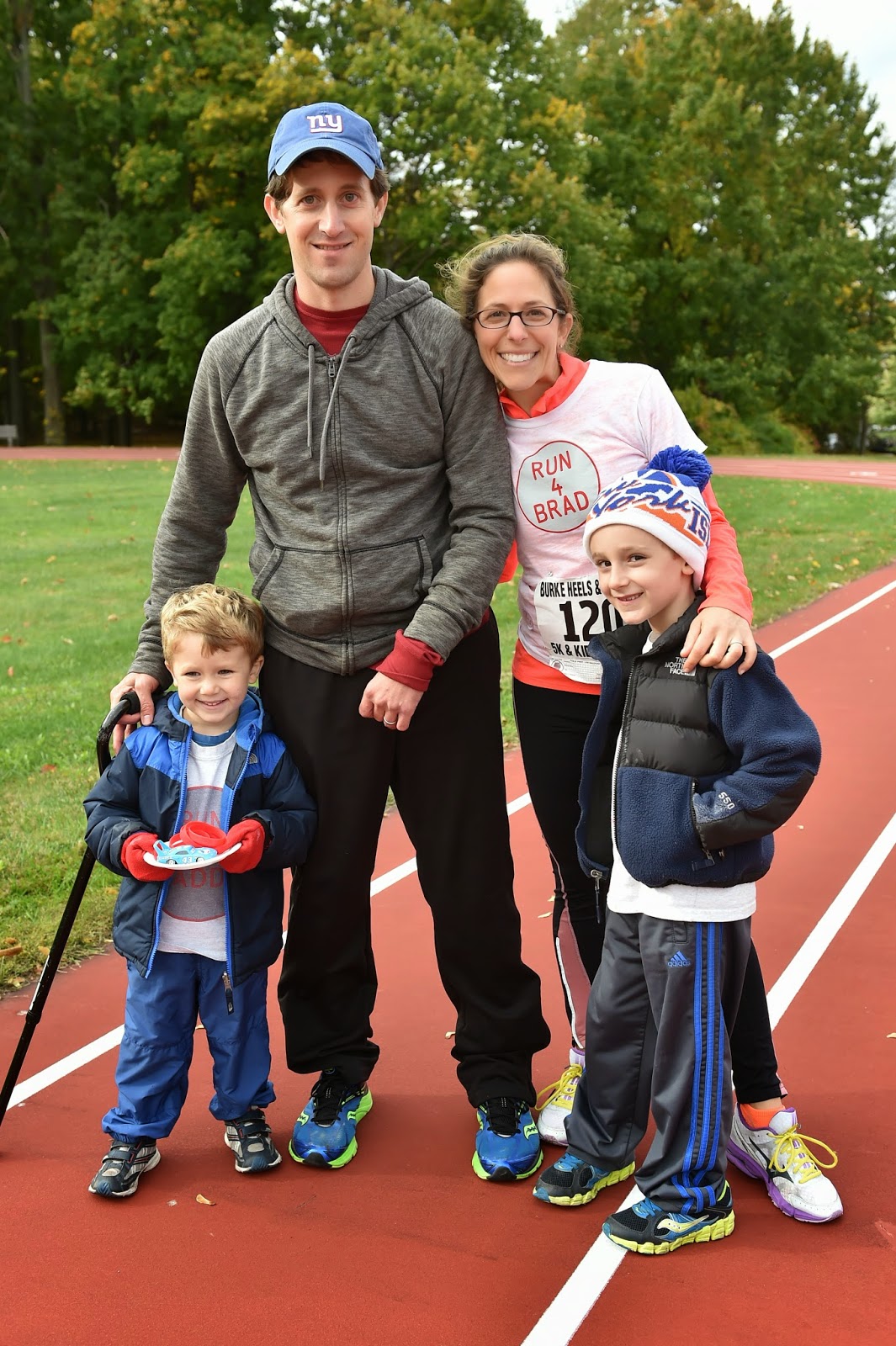 Running brought the couple together when they were first dating. It also provided an outlet for Berman when the stress of Brad’s hospitalization overwhelmed her.
While he lay in a coma for five weeks, she ducked out of the hospital and ran as long as she could before tiring, a coping practice that earned her the nickname “Forest Gump” from the hospital staff.
In a way, she began her marathon training then.
“I love the values that running can teach you. It’s a goal-oriented individual sport that truly tests your will and your strength,” she said.
Raising funds and training for the race, which she hopes to finish in less than four hours, has added to an already full plate for Berman, who also has two sons. She thrives on activity though: At Fordham Law School she organized the annual sports law forum, and was hired upon graduation by the firm Proskauer Rose LLP, which represented the NHL.
The NHL hired her in 2006. It was a dream job for Berman—a longtime hockey fan who managed the men’s hockey team while a student at the University of Michigan. In January 2013, she helped the league broker a 10-year labor agreement with the NHL player’s association.
“We have the benefit of being leanly staffed, so in addition to being really busy I get to work on things that I wouldn’t have the chance to work on at other organizations —and certainly not other sports leagues, in terms of the responsibility,” she said. “Most of my friends who work in-house are in departments where workloads are assigned by subject matter. You’re in a litigation group or a labor group or a corporate group, and you just do that.”
She holds firm to the idea that the busier you are, the more efficient you are; she said she has no plans to slow down until Brad is back on his feet and the family has returned to a degree of normalcy. 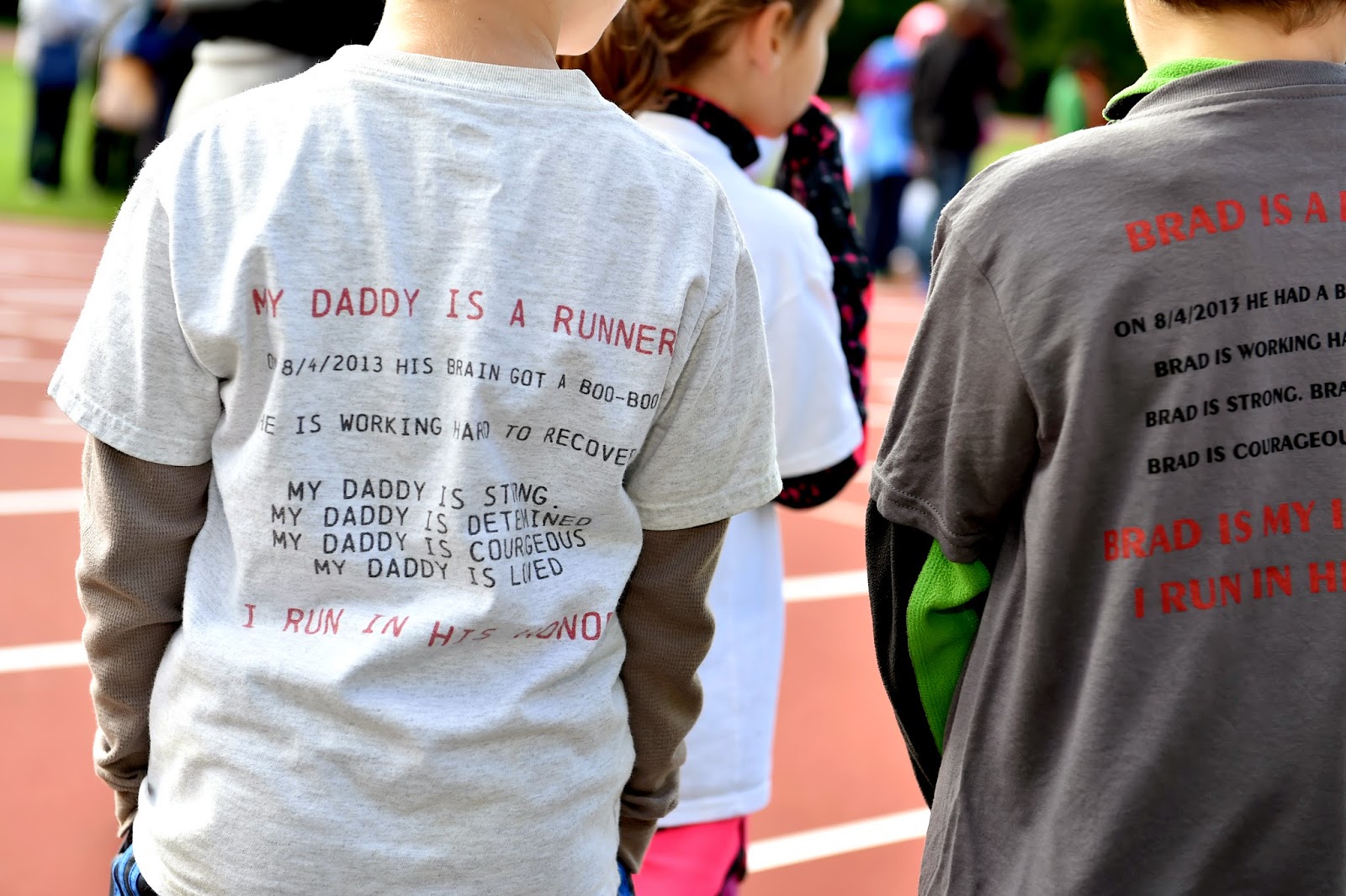 Returning to the NYC marathon is poignant for Berman. The first time, in 2004, she said she had to convince Brad to run it with her.
Ironically, however, he ended up enjoying it more than she did. He continued to run full marathons, while she stepped-down to running half-marathons.
“When we did the marathon 10 years ago, Brad got me through the race. Brad has always been my rock, the person who keeps me on track,” she said.
“After we finished, he said, ‘That was awesome, I loved it, I’m doing it again.’ I was like, ‘I hated that, I’m never doing it again.’ So the runner in Brad was born, and I was retired.
“Now I’m back.”