skip to main content
Return to Fordham University
You are at:Home»Inside Fordham»Sapientia et Doctrina ROTC at Fordham: A Look Back 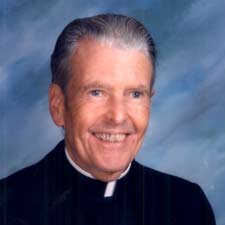 Sixty-two years ago in 1946, as a D-train commuter from Queens, I arrived at Fordham’s Rose Hill campus on a four-year academic scholarship to begin my freshman year as a biology major and pre-medical student.

Over the next four years, Fordham offered me not only the standard “core courses” that included the sciences, literature, history, languages, theology and philosophy, but extracurricular activities as well. They included sports (the .22 caliber rifle team) and electives such as the Army Reserve Officer Training Corps (ROTC) that students can voluntarily join, as I did, for patriotic, financial and career motives.

The ROTC in the United States began with the Morrill Act of 1862, which established the land-grant colleges. Part of the federal government’s requirement for these institutions was that they include military studies as a commissioning program. The ROTC program focuses on leadership development, problem solving, strategic planning and professional ethics.

The ROTC produces 56 percent of the officers in the Army, including six chiefs of staff (including Colin Powell), and Fordham’s own four-star general, John M. Keane (Class of 1966). We are good friends, and I nominated him for the honorary degree that he received at Fordham’s commencement in 2000.

In 1946, Fordham had about 1,000 cadets in the Army ROTC because many new students were veterans who had served in World War II. The G.I. Bill of Rights gave them the opportunity to go to college, and many joined the ROTC. Fordham has had the ROTC for 82 years, and besides studying the history of the Army, courses include military operations and tactics, theoretical and field experience, weapons familiarity and use, command and staff functions, computer science, domestic and international military law and ethics, and a field-oriented summer camp.

60 Years of Fordham’s Pershing Rifles: 1948-2008
In the spring of 1948, one of my ROTC classmates, Francis Cunnion, organized 20 of us into the Fordham University chapter of the Pershing Rifles National Military Society. I had never heard of it, but we soon learned more. In spite of the name Pershing Rifles, it has nothing to do with Fordham’s .22 caliber rifle team, which I had joined as a freshman, and earned my varsity “Block F” letter.

In 1886, a young cadet named John Pershing graduated from the United States Military Academy at West Point. One of his earliest assignments as a second lieutenant was to be a professor of military science at the University of Nebraska.

Pershing wanted to improve the morale and discipline of the Army battalion there, so in 1893 he hand-picked an elite group of cadets and called them the Varsity Rifles. They won honors as a precision drill team, and represented the Nebraska Battalion in military ceremonies. When John Pershing moved to another assignment, the ROTC cadets renamed their unit the “Pershing Rifles.”

Pershing had a distinguished military career, serving in the Spanish-American War, the Philippines Insurrection, the Mexican Expedition and World War I, where he became the overall American commander in Europe as “General of the Armies.”

This April, Fordham is celebrating the 60th anniversary or “Diamond Jubilee” of the Pershing Rifles National Military Society called Company Delta-8. We had our military ball in the Officers’ Club at West Point to honor the occasion. Fordham’s Pershing Rifles continues the tradition of being a precision drill team, representing the University in parades, ceremonies and field training events.

Air Force ROTC for my Junior and Senior years
When looking at movies about World War II that show fighter planes and bombers, we may forget that they were part of the Army Air Corps. But when the war ended, the Air Corps wanted to separate from the Army and become an independent unit. This was done in 1947 with the beginning of the Air Force.

As a Christian, a Catholic, and a Jesuit priest, I know that war, the military and even the ROTC are contentious topics. Certainly, the conscience of pacificists and conscientious objectors must be respected. But, similar respect also should be shown to those who follow their own consciences and support the “just war theory” in certain circumstances—with its corollary of defensive preparedness by training officers for the military, as is done in the ROTC.