skip to main content
Return to Fordham University
You are at:Home»Inside Fordham»Provost’s Report on Undergraduate Education 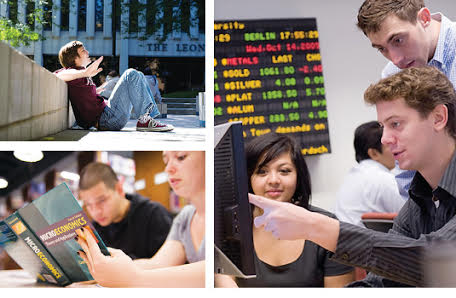 Advances in SAT scores, greater minority and international enrollment, and higher national rankings for 2013 are among the highlights in the Provost’s Annual Report on Under­graduate Schools. Each school sought to strengthen academic excellence while tailoring programming to their cohorts. 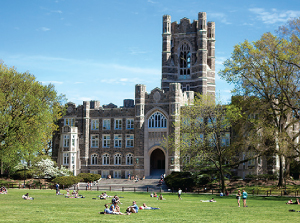 During 2013, Fordham College at Rose Hill focused on four goals, two of which were advancing the University’s Jesuit mission and improving recruitment, advising, and retention of students.

The college offered “Faculty E-Grants” to promote digital instruction of liberal arts courses, an initiative that continues this year.

By the numbers, FCRH saw an average SAT of 1265, a minority percentage of 24.5 and a 25 percent increase in international enrollment. 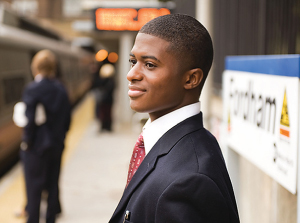 Among the Gabelli School’s priorities for 2013-14 were globalization, personal and professional development, and pedagogical innovation, all within the philosophy of “business with a purpose.

Applications for the new program in global business at Lincoln Center surpassed expectations, and the inaugural class yielded an average SAT score of 1310. There was higher enrollment of Gabelli School students at the Fordham London Centre, new study tours were added in Tokyo and Turkey, and 30 percent more students reported some kind of international experience.

The school strengthened its hiring pipeline among mid-tier and smaller firms, and 75 percent of 2014 graduates received an employment or academic admission offer.

By the numbers, the Gabelli School saw an average SAT of 1277 and a minority percentage of 27, and rose two points to No. 38 in Bloomberg’s Businessweek rankings. 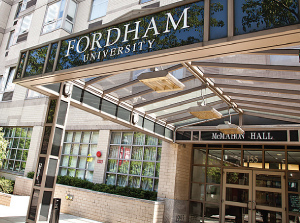 Fordham College at Lincoln Center expanded students’ research activities and exposure to the neighboring community. It offered a new Arts and Research Showcase for students, a career fair, and the pre-business council, all which demonstrate the value of a liberal arts degree.

The college developed new performance opportunities at Jazz at Lincoln Center. The college also began preparing for new majors in new media and digital design and in humanitarian studies, and several faculty positions were approved to support the influx of new students. Applications to the college grew 57 percent, to 12,260.

By the numbers, FCLC saw an average SAT of 1240, a minority percentage of 41, and a 30 percent increase in international enrollment. 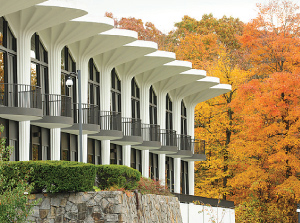 Enrollment grew at the School of Professional and Continuing Studies, particularly among veterans, who now make up 25 percent of the student body. Eight percent are in the post-baccalaureate pre-med/pre-health program, a new growth area.

The school prepared for the fall 2014 launch of its first graduate-degree program, a master’s in cybersecurity.

Under the auspices of the Graduate School of Social Service, the school has a collaborative agreement that will allow undergraduates from China Youth University to complete the undergraduate social work curriculum and receive a bachelor’s degree. The school is also fostering stronger collaboration with other Fordham schools to develop new projects.