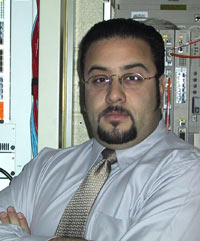 Jason Benedict, executive director of IT security at Fordham, has received the 2010 Ones to Watch Award fromCIO Magazine.

The annual award honors rising stars in IT as identified and sponsored by the chief information officers (CIOs) of leading organizations, according to the magazine’s website.

Benedict was nominated by Frank Sirianni, Ph.D., vice president and CIO at Fordham. He was selected from more than 4,000 nominations worldwide to receive one of 25 awards.

“Jason’s passion for his work and his contributions to Fordham drove him to a rapid and successful development of his area—a new department at the University,” Sirianni said. “He is caring and careful in the development of his team, creating the desired multiplier effect of his efforts.

“We are proud to celebrate his recognition for his role in Fordham’s stature as a world-class IT organization. I congratulate Jason and the entire IT team,” Sirianni said.

Benedict received the award at a gala presented by CIO Magazine on May 3 in Colorado Springs, Colo.

“The notion of protecting something you care about is what drives me,” he said. “Still, I couldn’t do this job as well or as effectively if I wasn’t protecting an organization that hits so close to home. I have a genuine love and concern for all things Fordham.”

As the chief of technological security at Fordham, Benedict and his team are responsible for protecting the University from hackers, viruses, worms, spam, phishing schemes and identity theft. 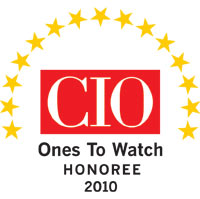 More importantly, Benedict said, he oversees the mitigation of all risk to University data and spends a good deal of time championing the strategic value of IT security as a mechanism for Fordham to differentiate itself and gain competitive advantage.

He is a long-time partner with the New York Electronic Crimes Task Force, a consortium between the New York City police department and the U.S. Secret Service. He is also a member of the FBI’s InfraGard, in which private institutions and the FBI collaborate on homeland security issues.

Benedict said that his job at Fordham is done well when no one has any reason to notice it. In the past decade, however, many people have begun to think more about IT security, thanks to identity theft.

“Facebook and eBay and e-mail—these things are not what people are talking about anymore,” he said. “Today, everyone’s thinking about how to protect themselves online.”

Although he is a veteran of IT security, Benedict’s career has always focused on protecting people and the items they hold dear. Before working with computers, he was a locksmith for the New York Police Department, and before that, he was an alarm and security specialist for a private company.

“I’ve always tried to figure out how to get around obstacles, and then spent my time mitigating those risks,” he said.

Benedict came to Fordham 18 years ago, and has held several positions, including director of computer services and assistant director of information systems and planning at Fordham Law.

He remains a licensed and bonded locksmith in the State of New York.