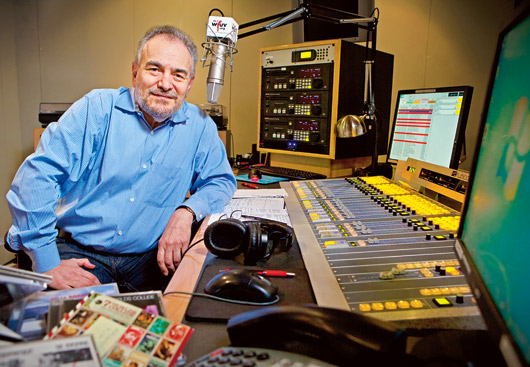 Fornatale got his start in radio as a Fordham sophomore in 1964, when he created Campus Caravan, WFUV’s first rock and roll show, at a time when deep exploration of rock music was virtually nowhere to be found on the airwaves.

He got his first job in commercial radio at New York City’s WNEW-FM in July 1969, just weeks before the Woodstock Festival took place, and where—on his very first show—he had to read an advertisement for the festival. That uncanny connection to an event that defined the sixties counterculture never left him and, on its 40th anniversary, he published Back To The Garden: The Story of Woodstock (Touchstone, 2009).

After two decades in commercial radio at WNEW and WXRK (K-Rock), Fornatale returned to WFUV in 2001, where he hosted Mixed Bag for the last 11 years. The show was heard nationally on WFUV and on XM Sirius Radio every Saturday from 4 until 8. His distinctly non-AM voice, with its unassuming tones and easy, discursive style, drew listeners worldwide—as did his encyclopedic knowledge of rock and roll.

A full tribute to the legendary DJ’s life and career can be found at http://www.wfuv.org/blog/pete-fornatale-1945-2012. For a personal recollection of Pete and his influence, click below.