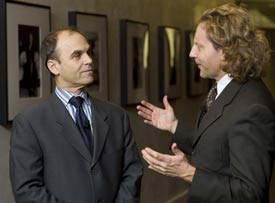 Novelist and attorney Scott Turow (left) discussed the nature of lawyers as storytellers with Thane Rosenbaum, J.D.,John Whelan Distinguished Lecturer in Law at Fordham University, in December, as part of a series of conversations with authors and filmmakers organized by Fordham Law School’s Forum on Law, Culture and Society. 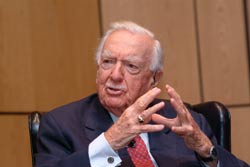 Former CBS Evening News anchor
Walter Cronkite addressed a
standing-room-only audience in
October as part of an event hosted
by the Fordham Graduate School
of Business Administration’s Center
for Communications.

Former CBS Evening News anchor Walter Cronkite addressed a standing-room-only audience in October as part of an event hosted by the Fordham Graduate School of Business Administration’s enter for Communications. 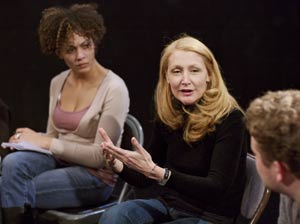 Emmy Award-winning actor Patricia Clarkson (FCLC ’82), began her career at the Black Box Theatre on the Lincoln Center campus. She returned to the Theatre in December to tell a new generation of Fordham drama students about the realities of a life on the screen and stage. 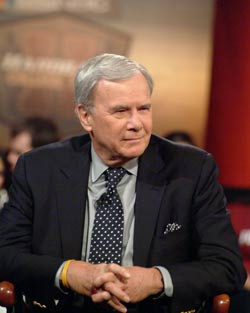 The Hardball College Tour rolled into Fordham in December with former NBC Nightly News anchor Tom Brokaw as the featured guest. Campbell Brown, co-anchor of NBC’s Weekend Today, filled in for regular host Chris Matthews during the live broadcast from the Leonard Theatre at Fordham Preparatory School. The discussion ranged from the war in Iraq to the presidential elections, and students were able to question Brokaw on various issues during the show. 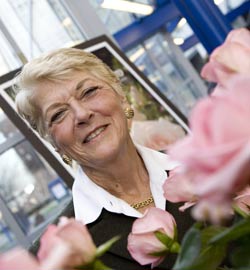 Former U.S. Rep. Geraldine Ferraro
(LAW ’60), was honored with a commemorative rose at a ceremony at Fordham Law School in January. Sales of the roses help fund research into
multiple myeloma, a type of cancer
she was diagnosed with in 1998. 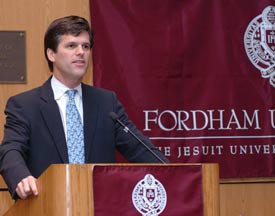 Special Olympics President Timothy Shrivergave the keynote address at “Autism and Advocacy: A Conference of Witness and Hope,” on October 27 at Fordham’s Lincoln Center campus. The conference was sponsored by the University’s Francis and Ann Curran Center for American Catholic Studies and drew dozens of educators, activists and parents of autistic children. 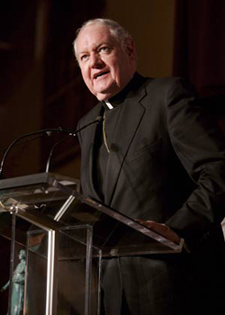 Edward Cardinal Egan, archbishop of New York, delivered the invocation at the sixth annual Fordham Founder’s Award Dinner at the Grand Ballroom of the Waldorf=Astoria in March. The dinner raised $2.1 million for scholarships, and Founder’s Awards were given to Stephen E. Bepler (FCRH ’64), and Kim Bepler. 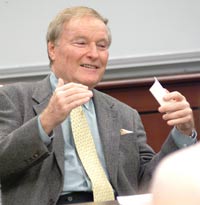