U2 invaded the Rose Hill campus on March 6, performing six songs on Edwards Parade before a crowd of 5,000 Fordham students, faculty and staff members. The “little combo from the north side of Dublin,” as Bono called the band, appeared as part of a broadcast of Good Morning America, which sent images of Fordham to a national audience 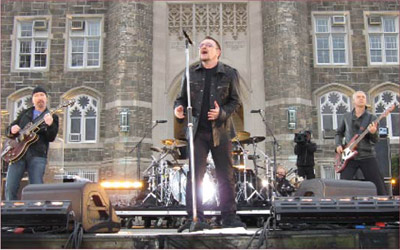 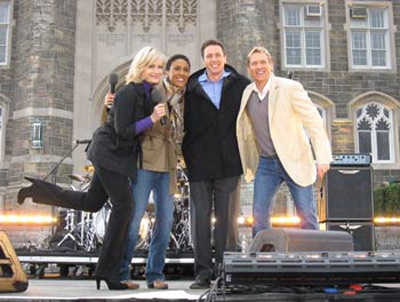 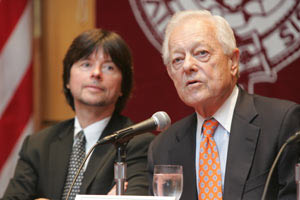 Ken Burns (left) and Bob Schieffer addressed the 2008 presidential election and other issues of the day during their appearance on Sept. 22 at Fordham. Photo by Bruce Gilbert

Senior PBS correspondent Ray Suarez moderated a panel on Sept. 16 that focused on how religion played a part in the 2008 presidential election.
Photo by Leo Sorel 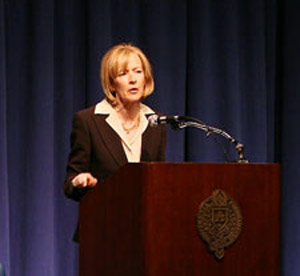 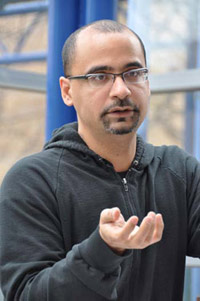 Pulitzer Prize-winning fiction writer Junot Diaz explained on April 15 to an audience on the Lincoln Center campus how his heritage and upbringing influence his work. 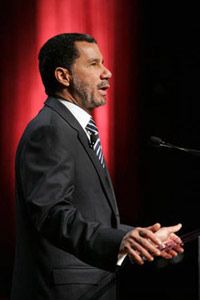 New York Gov. David Paterson said that education is the key to renewed prosperity in America in an address on March 6 at the annual Celebration of Teaching and Learning conference. 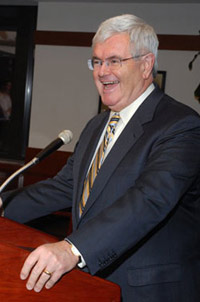 Newt Gingrich chronicled what he feels will be some of the major challenges facing the United States in a presentation to nearly 2,000 people on April 20.. 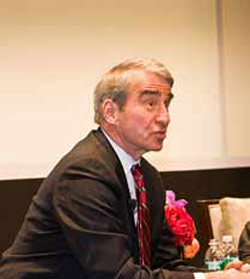 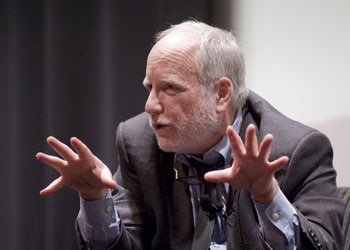 Academy Award-winning actor Richard Dreyfuss spoke about his passion for social issues and his acting career at a Fordham Law forum on March 26. 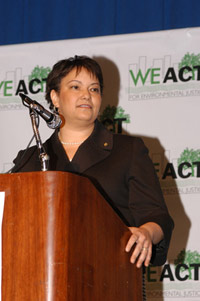 Lisa Jackson, head of the Environmental Protection Agency, told a standing-room-only crowd on Jan. 30 that her agency would work to regain the public’s trust. She said that the EPA will rely more on technical experts than it had under the Bush administration. 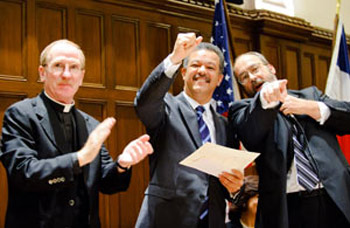 Dominican President Leonel Fernández (center) told more than 500 members of the Fordham community on Sept. 24 that he wants to make the Dominican Republic a model of democracy in the Latin American world. 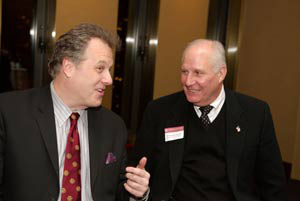 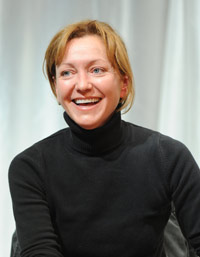