The class, The Bronx: Immigration, Race and Culture, focuses on the socioeconomic and cultural development of Bronx neighborhoods from the Great Depression to the present. 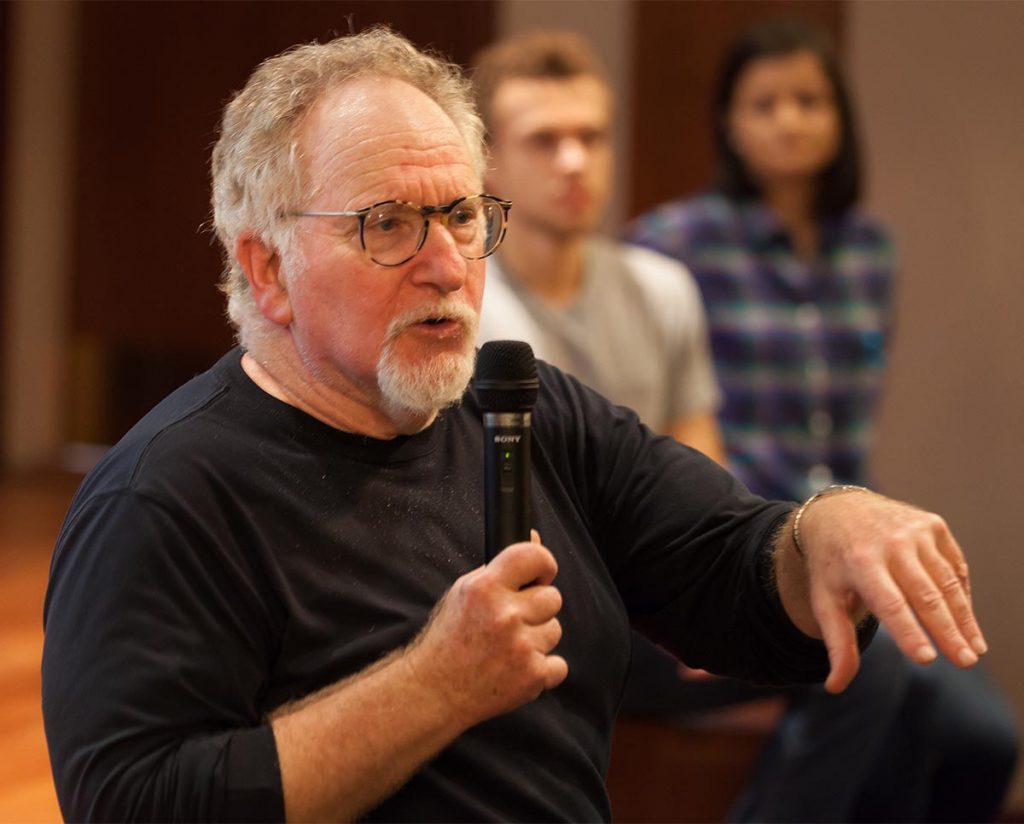 “This is the first time the same class has been taught simultaneously at two schools,” said Naison. “I think we can all agree that we’re better together than we would be learning separately.”

The students arrived to Fordham’s Rose Hill campus early for a tour of the grounds. A student ambassador led them around campus to see the McGinley Center, Coffey Field, Walsh Library, and other University hot spots.

“I want them to believe that a college like this could be an option for them,” said their high school teacher Aixa Rodriguez, FCRH’ 00. “I want them to have a great impression of the school.. And I hope this is something they want to aspire for.”

The lecture focused on the importance of local oral history and how to conduct an oral interview. Naison’s Bronx African American History Project (BAAHP) has collected over 300 oral interviews, now available on the Fordham Libraries’ website, in order to preserve the rich history of African Americans in the Bronx.

“Not everything is written down,” Naison said to the students. “Your lives are a part of history and sometimes it’s the most interesting part.” 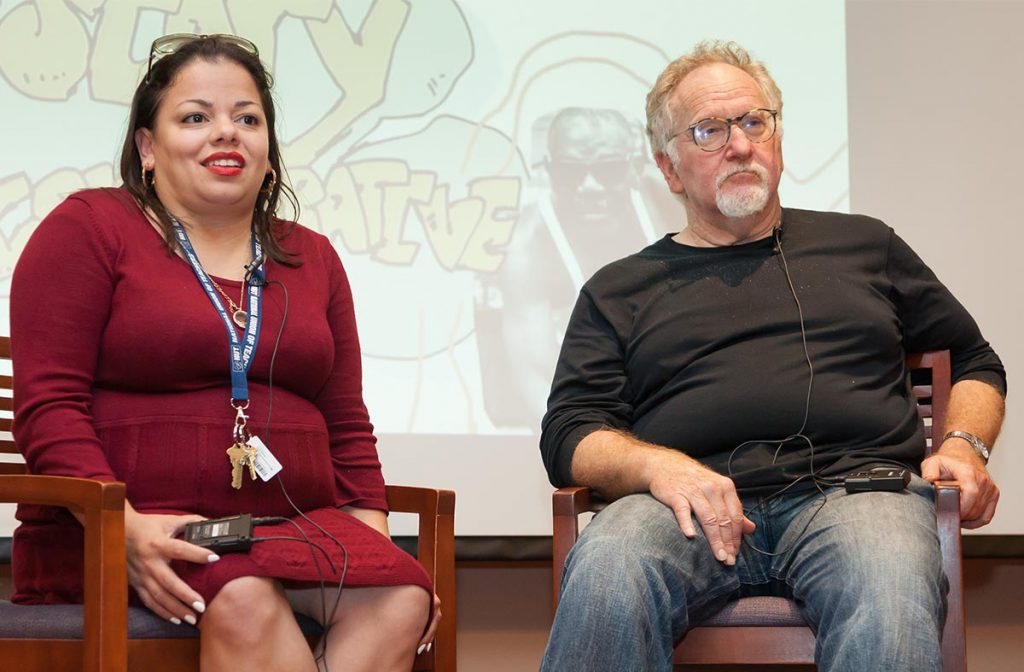 Teaching by example, Naison then interviewed Rodriguez about her life growing up in the Bronx in the 1980s and 1990s. Afterwards, the teachers took questions from both Fannie Lou and Fordham students. The discussion shifted from family life to the dangers of growing up during a time heavily influenced by drugs and violence.

“It was a great experience. I learned a lot about the area and my teacher’s life,” said Charles Davidson, a Fannie Lou student. “I’m looking to come here because it’s so close and I want to play basketball.

“Since I’m planning on becoming a lawyer, Fordham’s a great choice for me. I’m happy I was able to sit in on a class and get a sneak peek of the campus.”

This collaboration was a part of #BronxHistoryCollaborative, a social movement started by the BAAHP which brings Fordham University, Bronx Consortium High Schools, and other public schools together to discover local history and to build bridges in the community through education, said Naison.

“We want these students to be proud that they come from a place with such a great history,” he said. “We’re here to prove that you can help kids get ready for college by using their own history as a starting point.”