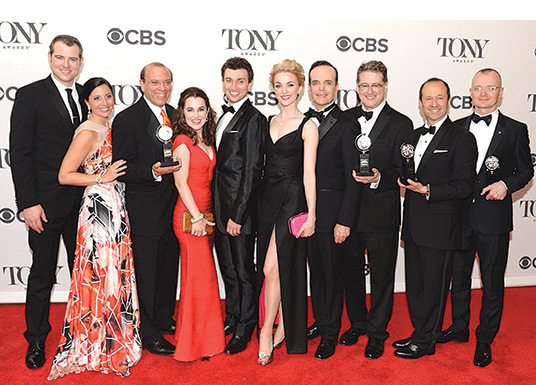 John Johnson, FCLC ’02, pictured below at far left, took home two Tony Awards on June 8 at the celebration of Broadway’s best. As an executive producer of A Raisin in the Sun, he earned a Tony for best revival of a play. He received a second Tony as a producer of A Gentleman’s Guide to Love & Murder, which earned four Tony Awards, including the award for best musical. Johnson adds these two Tony wins to his first, earned as a producer of Vanya and Sonia and Masha and Spike, which won best play last year.