skip to main content
Return to Fordham University
You are at:Home»Fordham Magazine»Alumni News»A View from Cyberwar’s Front Lines
Photo of Anthony Ferrante courtesy of FTI Consulting
Anthony Ferrante, FCRH ’01, GSAS ’04, was on the front lines when cyberwar broke out two years ago, in the run-up to the November 2016 election. As a top White House cybersecurity official, he was one of the first to respond to reports that hackers were sowing chaos in states’ computerized election systems.

“I would show up to work every single day and learn of two, three, four more states that had been actively targeted by the same actors,” said Ferrante, a former FBI agent who was director of cyber incident response for President Barack Obama’s National Security Council at the time.

He says that and more in a recent 60 Minutes report, “When Russian Hackers Targeted the U.S. Election Infrastructure.” The segment highlights concerns that have come to define Ferrante’s career as a public official, private consultant, and adjunct professor in the Department of Computer and Information Science at Fordham. 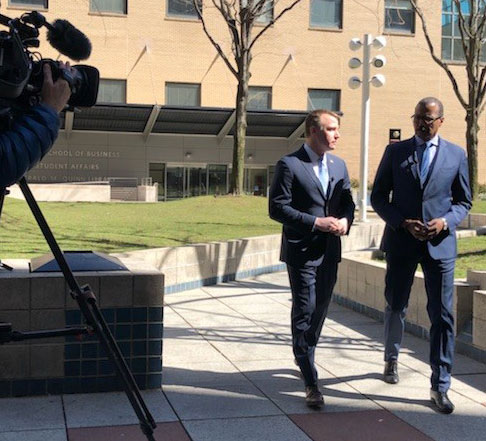 Ferrante is a senior managing director and the global head of cybersecurity practice at FTI Consulting and teaches in Fordham’s M.S. in cybersecurity program. He played a central role in establishing the International Conference on Cyber Security, co-organized by Fordham and the FBI and held every 18 months at the Lincoln Center campus.

In the 60 Minutes interview, Ferrante said hackers who targeted states’ systems “absolutely” could have caused havoc when Election Day came around. Asked by correspondent Bill Whitaker why they didn’t, he replied, “I don’t know if we’ll ever know.” 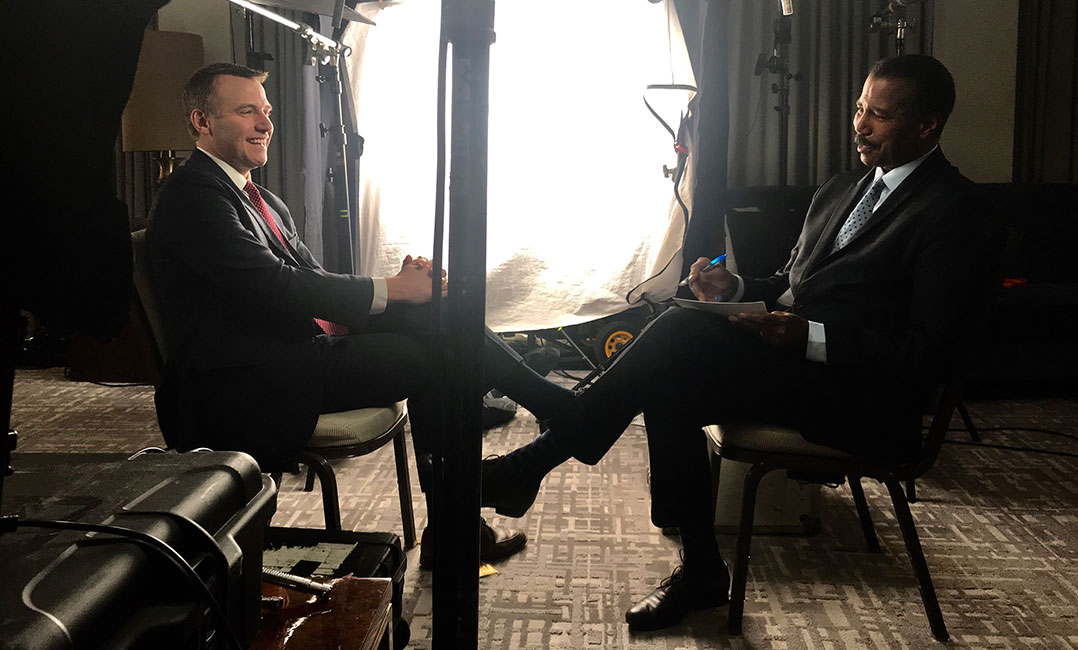 Anthony Ferrante is shown during his interview with 60 Minutes correspondent Bill Whitaker. (Both inset photos courtesy of Katie Hanifin and Melanie Blanco)