skip to main content
Return to Fordham University
You are at:Home»Fordham Magazine»Books»Summer Reads: A Lyrical War Novel, a Stroll Through the Streets of Paris, and the Power of the Pause 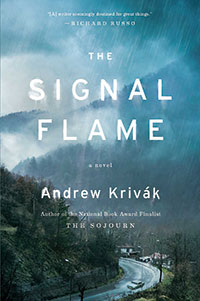 The Signal Flame: A Novel by Andrew Krivák, GSAS ’95 (Scribner)

In his first novel, The Sojourn (a finalist for the National Book Award in 2011), Andrew Krivák told the story of Jozef Vinich, a sharpshooter in the Austro-Hungarian Army who survives World War I and immigrates to America with $50 in his pocket. He settles in northeastern Pennsylvania, rises from yard worker to co-owner of a roughing mill, and acquires 2,000 acres of land on which he builds a large home for his wife and children. But he and his descendants are a “war-haunted family in a war-torn century.” The Signal Flame, set in 1972, begins with Vinich’s death. As his daughter Hannah and grandson Bo mourn, they grapple with the news that Bo’s younger brother, Sam, who joined the Marines, has been reported as missing in action in Vietnam. They also grapple with the legacy of Sam and Bo’s father, who came home from World War II a silent, damaged man and was later killed in a hunting accident. “What they shared were the wars,” Krivák writes in a lyrical prologue to a lyrical, moving novel on the meaning of love, loss, and loyalty. 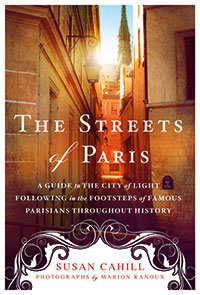 The Streets of Paris: A Guide to the City of Light Following in the Footsteps of Famous Parisians Throughout History by Susan Cahill, GSAS ’95 (St. Martin’s Press)

Susan Cahill first visited the City of Light during the 1960s, on her honeymoon with her husband, the writer Thomas Cahill, FCRH ’64. It’s a place, she writes, where “the streets are stories.” She takes readers through them in this travel guide, following the lives of 22 famous Parisians from the 12th century to the present. She writes about “The Scandalous Love of Héloise and Abelard,” “The Lonely Passion of Marie Curie,” and “Raising Hell in Pigalle,” where the “scruffy streets of the ninth were François Truffaut’s muse and mother.” Each chapter includes a lively cultural history, plus information about nearby attractions. The result is an engaging guide for travelers drawn to stories that, Cahill writes, “do not show up on historical plaques or in the voice-overs of flag-waving tour guides.” 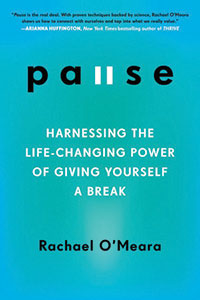 Pause: Harnessing the Life-Changing Power of Giving Yourself a Break by Rachael O’Meara, GABELLI ’04, (Tarcher Perigee)

Six years ago, Rachael O’Meara was a customer support manager at Google. The job made her “the envy of all my friends,” she writes, but she was burning out fast, feeling overwhelmed, unfulfilled, and unable to find the off switch. Her work and well-being suffered. Eventually, with support from her boss, she took a 90-day unpaid leave and returned to the company in a new role, with a healthier outlook. In this book, she shares her story and stories of others who have discovered that a pause, even a “forced pause” like getting laid off, can lead to a more fulfilling life. She offers tips for creating a daily “pause plan.” It can be as simple as a five-minute walk or a day unplugged from digital devices, she writes, but the benefits are priceless: greater “mental clarity” and “a chance to remember what ‘lights you up.’”