skip to main content
Return to Fordham University
You are at:Home»Fordham Magazine»Seven Questions with Shola Adisa-Farrar, American in Paris 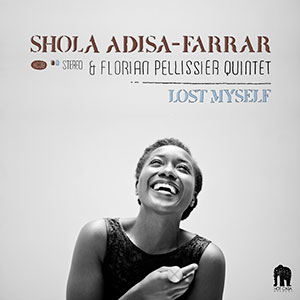 After four post-college years trying to turn her music major into a singing career in New York, Shola Adisa-Farrar, FCLC ’06, was unsatisfied. She packed up and moved to Paris, where, like a lot of expats, she survived at first by cobbling together a variety of jobs. She worked as an au pair, taught English to business executives, and led walking tours of the city. But she also networked ferociously and landed singing and acting gigs. This past April, a Paris label released her first album, Lost Myself, recorded with a French jazz quintet.

When a young American woman moves to Paris, there’s often a man involved. So was there a guy in your case?

Actually, yes. I was tiring of New York and thinking maybe L.A. Then I met a Parisian in New York on vacation. I wouldn’t have followed a man to the ends of the earth, but Paris! I had arranged a six-month au pair job with a young French couple who wanted their daughters to learn English. The relationship fell apart within three weeks, but I had the job with a place to live for a while. So I stayed.

Growing up, did you have a thing for France?

France wasn’t on my radar. I took Spanish, not French. I don’t think I’d ever been to a French restaurant even, although in middle school I did have photos of Josephine Baker on my wall. I didn’t do study abroad at Fordham, but my family and I traveled a lot, and I always wanted to experience another culture. Once I decided to make the move, I got Rosetta Stone and watched a lot of French movies.

You’re part of a long line of African-American writers, painters, and musicians who’ve found a home in Paris, at least for a time. Do you find yourself living their experiences?

In America, I’m seen as black first; in Paris, the most important thing about me is that I’m an American, which is why those artists were comfortable here. When I lead tourists on African-American heritage walking tours, I love talking about the role of black Americans in the story of Paris, walking the streets they walked, pointing out the spots that meant something to them: Josephine Baker, James Baldwin, Richard Wright, Sidney Bechet, Bud Powell …

Your first album, with the Florian Pellissier Quintet, is billed as a blend of jazz and reggae. How did that musical mix come about, and how’s the album doing?

I heard all different kinds of music as a child. I was in choir. I loved musical theater. My mother is from Jamaica, so there was reggae. My father listened to jazz and soul. In college, I took Dr. [Sevin] Yaraman’s world music history course. I’m still exploring, and the album is part of that. Having a first album released is terrifying. What if it’s met with silence? Fortunately, that isn’t what happened. An important French cultural magazine put us on a list of 10 “must-hear” jazz albums and said my voice is “like honey.” That’s exciting!

How does a performing artist learn the business side of things?

I had a lot of college internships for course credit at record companies and at MTV. I was studying music but I also was determined to learn what went on behind the scenes. You hear a lot of stories about artists being ripped off by managers. For the past couple of years, I’ve been hired for cultural exchange visits to Africa through a U.S. State Department program, going to Botswana, Mauritius, and Burkina Faso. I take musicians along, and we do concerts and workshops. One seminar I run for African musicians is on how to be your own manager.

Your website says you also do voice-over work. How did that start?

I auditioned for a commercial at age 8 and got the job; my voice was on the radio for a year. Ever since, I’ve had a voice-over agent. I do my natural voice and also kids’ voices, dubbing commercials and other projects. I’ve even worked on the English-language Peanuts animated TV series; I was Franklin and Pig-Pen. Those weren’t aired in the States, although a voice-over project I’m working on right now will be. Sorry, but I can’t say what it is.

Do you keep in contact with your former life in the States?

My goal is to be bicontinental. I try to go back for a visit every year. In college I had the same five roommates for two years. Now we live all over—Toronto, New Orleans, Los Angeles, New York, Jersey City—but we’re all still very much in touch. I see lots of old friends who visit Paris. Everyone comes through Paris.