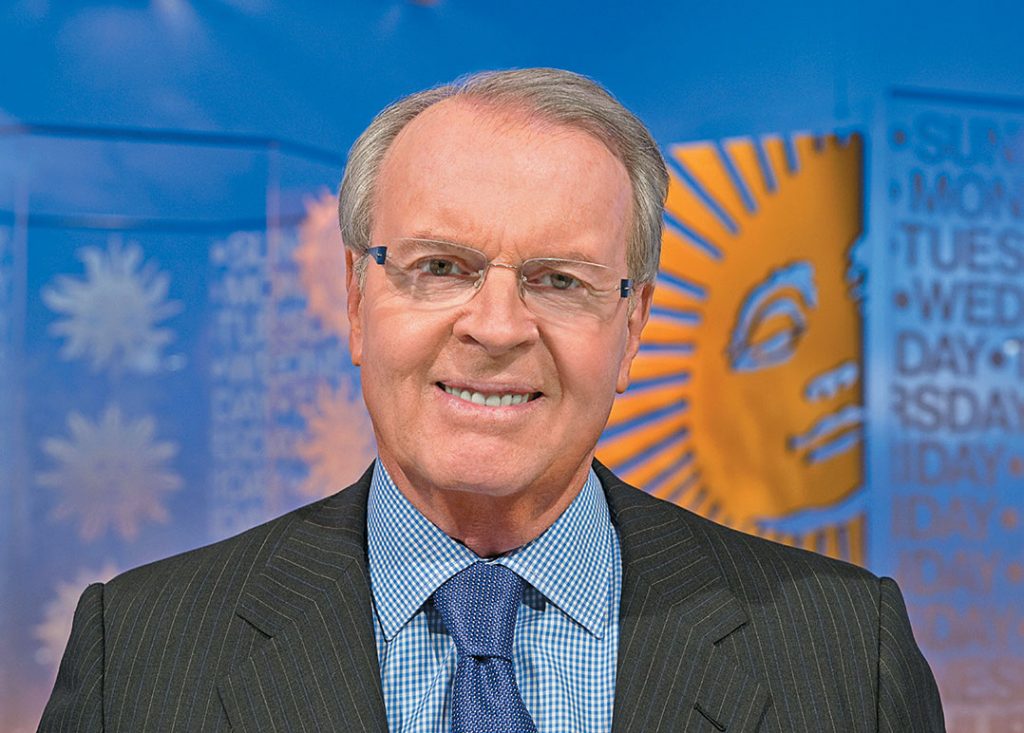 Charles Osgood, FCRH ’54, and the staff of CBS Sunday Morning took home the 2015 Daytime Emmy Award for Outstanding Morning Program on April 26, beating out Today and Good Morning America. Osgood has served as anchor for the well-loved newsmagazine show since 1994, and has been with CBS for 48 years.

With its features-focused format and attention to the arts, CBS Sunday Morning offers viewers a more serene alternative to other morning shows. “We accentuate the positive and don’t try to shock,” he once said about the program. “I think there’s a growing appetite for that. We’re surrounded by shock.”

The veteran broadcaster got his start at WFUV , Fordham’s radio station, as an undergraduate during the 1950s. Sixty years later, he is a still a big fan of the station, which honored him in 2008 by establishing the Charles Osgood Award for Excellence in Broadcast Journalism. Past winners include Tom Brokaw and Christiane Amanpour, both of whom received their awards from Osgood himself.

This year, Osgood will present the award at WFUV’s new fall fundraiser On the Record, a news and sports award dinner. The Nov. 2 event will coincide with the Future of Journalism Conference, a student-training seminar organized by the station in collaboration with Fordham’s communication and media studies department.

WFUV has long been a training ground for students who go on to successful careers in broadcasting and media. A case in point is Sara Kugel, FCRH ’11, a producer on the Emmy-winning Sunday Morning team.

Osgood and Kugel were not the only Fordham alumni to be honored with a Daytime Emmy this year. Three others were recognized for their work as producers of The Ellen DeGeneres Show, which won for Outstanding Talk Show: Alissa Cote, FCLC ’05, Korey Provencher, FCRH ’99, and Jonathan Norman, FCLC ’96, who serves as co-executive producer.

For more information about the On the Record event, which benefits student-training programs at WFUV, contact Alexis Harrigan, director of development for the station, at aharrigan@wfuv.org or 212-636-6508.