Last year, dancer and choreographer Jeremy McQueen, FCLC’ 08, made good on a longtime dream: He founded the Black Iris Project—a ballet collaborative that produces works celebrating diversity and black history. The group has performed original works with an educational component, including MADIBA, a ballet McQueen created that is based on the life of Nelson Mandela. In April, the Black Iris Project will perform the piece as part of the Ballet Across America program at the Kennedy Center for the Performing Arts in Washington, D.C..

FORDHAM magazine caught up with the Ailey/Fordham BFA graduate fresh off three Black Iris performances for schoolchildren at the Town Hall in Manhattan in early February. He’s currently at work rehearsing Garden of Dreams, an original piece featuring young dancers from the American Ballet Theatre’s Jacqueline Kennedy Onassis School that will premiere on Ballet Across America’s opening night.

Tell me about the new piece you performed at the Town Hall. How did the young audience react?
Every year, the Town Hall does a Black History Month program that enables public school children from all five boroughs of New York City to experience the arts for free. I created a ballet that outlines the story of five influential artists from the Harlem Renaissance: Langston Hughes, Nina Simone, Augusta Savage, Dizzy Gillespie, and Arthur Mitchell. Most had some connection to Town Hall. I collaborated with a poet named Savon Bartley, who created amazing narration about how these artists were able to express themselves and find solace and comfort. And how they inspired others.

We also took some time to introduce the students to ballet. We taught them some pliés and some physical exercises as well as the language of ballet. I taught them a little about theater etiquette. I told them if they liked something, they could clap, and I said if you see something that you really like, you can shout “bravo.” I was not expecting it, but anytime a big lift happened, those kids were shouting “bravo!” 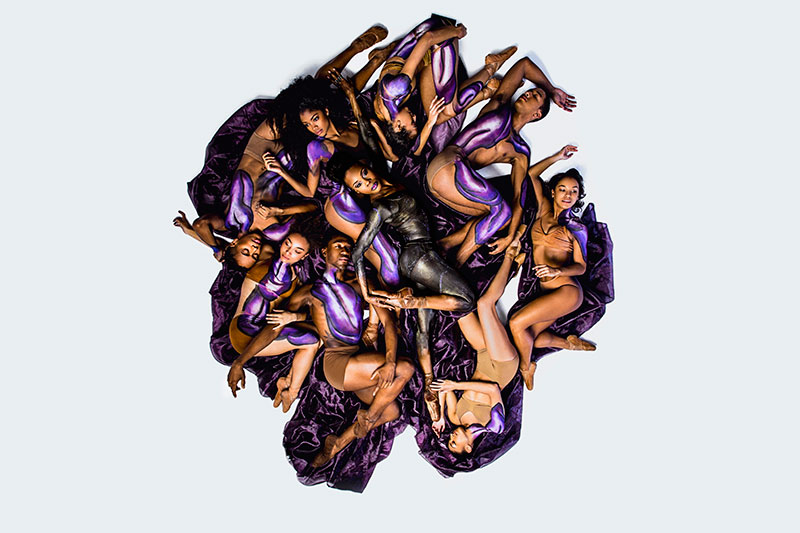 What was the inspiration behind the Black Iris Project?
Shortly after my mom was diagnosed with breast cancer, I visited the Metropolitan Museum of Art with a friend. I fell in love with this painting by Georgia O’Keeffe called Black Iris III. Around the same time I had this application for the Choreographer of Color award due at the Joffrey Ballet. I decided to take the combination of everything that was very strong in my life and incorporate it into a proposal for a piece I called Black Iris. When I won, I got to produce it (in 2013) with the Joffrey trainees in Chicago. It ended up being in tribute to my mother, my godmother, and my aunt—three really strong women.

In 2015, I unexpectedly lost my job as a dancer at the Metropolitan Opera. That was what really propelled me to light the fire. I set a goal to produce a new ballet that is rooted in black history—which became, specifically, a ballet about Nelson Mandela.

I also wanted to see how this could become an education tool. We’ve been doing free performances, we did one at Summer Stage in Central Park, and we did a panel discussion at the Schomburg Center where people were able to come and see a preview and hear more about the history of Nelson Mandela. I developed a MADIBA curriculum that I teach in schools. I combine ballet with gumboot dance, which was started in the mines in South Africa—teaching students the idea of expression and communication through movement, and giving them some context as to where these movements come from.

In addition to shining a spotlight on black history, you wanted the Black Iris Project to offer roles for people of color. Why was that important to you?
When I was young I went to a magnet school that was very diverse. But when I went to my after-school ballet class, I was one of very few black kids. I felt very alone sometimes. When I attended summer ballet intensives, I felt the same thing. I found myself really connecting with the one or two black students that were in the program with me. And I would hear things about black [ballet]students in other schools. I dreamed of this social network that would bring all of us together in one room. I wondered how we could make that dialogue even greater, and talk about how we work through challenges and how we can change the narrative.

And it’s been awesome. We’ve worked with 25 dancers from different companies. And not only black dancers. We keep our narrative true to the story. Like in the Nelson Mandela story, in order to see that racial segregation, you have to see the white voice present as well.

The Black Iris Project is appearing in the Kennedy Center’s Ballet Across America, a program celebrating diversity that is curated in part by Misty Copeland, the first African-American principal ballerina with American Ballet Theatre. How has she played a role in in your success?
All of this [the creation of the Black Iris Project] was happening at the same time as Misty Copeland got promoted to principal dancer. Everyone wanted to talk about ballet and diversity, and why it had taken so long for Misty to be promoted. It was a hot topic. I felt like that momentum just kept pushing me forward.

I’ve known of Misty since I was a child. I trained at ABT for a summer so I always kind of knew who she was. As I started to develop the Black Iris Project I reached out to her. She and her team were immediately supportive. She’s been so gracious about using her platforms to elevate others and bringing awareness to those who may face challenges similar to hers. For the Kennedy Center program, she got to pick three ballet companies to be featured, and she selected our collaborative as one of those. It’s very surreal. 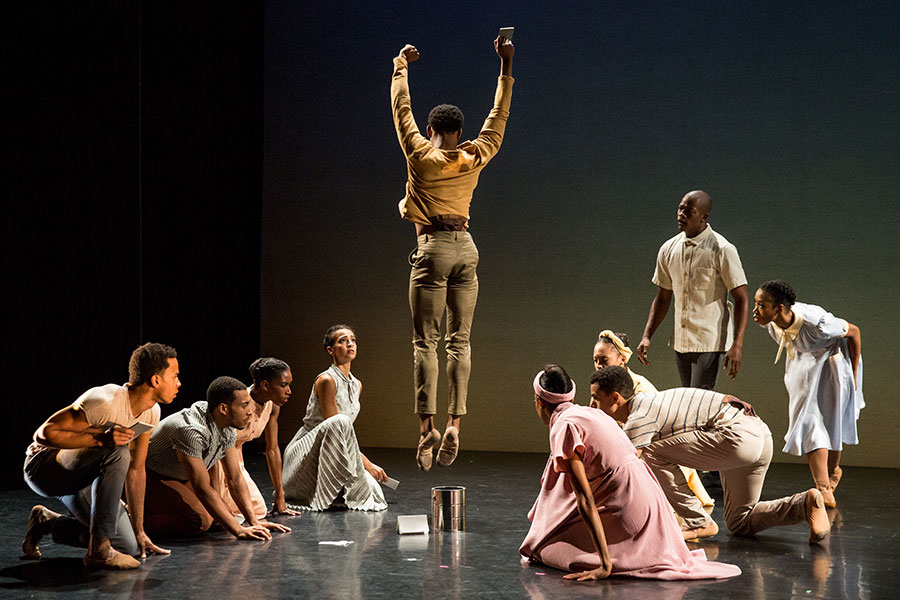 How did you come to create a ballet about Nelson Mandela? What aspects of his life do you convey in the piece?
I stumbled upon a piece of music called Madiba, about Nelson Mandela, written by a black composer for a full symphony orchestra. I reached out to the composer to see if we could collaborate, and the next thing to do was see how I could make it a ballet. The composer had various landmarks within the score, what he believed were inspirational moments in Nelson Mandela’s life, but I created more of a narrative. That took a lot of work; to simplify the legacy of Nelson Mandela into 22 minutes is extremely hard!

We focused on his whole life, from his birth to his death, including aspects in the middle that show the division of the classes and the division of the races. We show that fight, that struggle for freedom, for equality. We show how at one point, he did become violent. We show those 27 years he spent in prison, in isolation, and how he continued to write. And we showed him as still hopeful, how he still dreamed of the day that a black man could become president of South Africa.

How did your time at Fordham inspire your work?
Fordham inspired me in the sense that it provided me the educational platform that I stand on. It’s one thing to just be a dancer, but to be a dancer who is knowledgeable about the world—that really empowered me to create work that has an impact on all sorts of people. Dancers tend to live in our own little bubble because dance requires so much discipline and focus. Fordham really helped make me a little more well rounded in terms of seeing the bigger picture, globally, and that is something that has really stayed with me in creating this collaborative.

In today’s world, where race played such a big part in the presidential campaign, and minorities and immigrants continue to face new challenges, how do the arts play a part in making statements about these issues?
With the Black Iris Project, we are standing on the shoulders of people who have done this before—so many artists and civil rights activists, so I feel like we are continuing to build on a legacy. I feel like it’s a huge undertaking, but it’s completely necessary. Art is a medium that makes such an impact. I also think it’s extremely empowering for artists to express themselves during this time. For me, I’m not the type of person to go to a rally—I use my art to express my frustration or my protest.

One of the great things about the Town Hall program is that all the students who came could enter a poster contest about what they saw and write a short essay about it. Right now, especially, people are really finding inspiration from artists, with Instagram and other social media to share art forms. That can impact so many people very quickly.