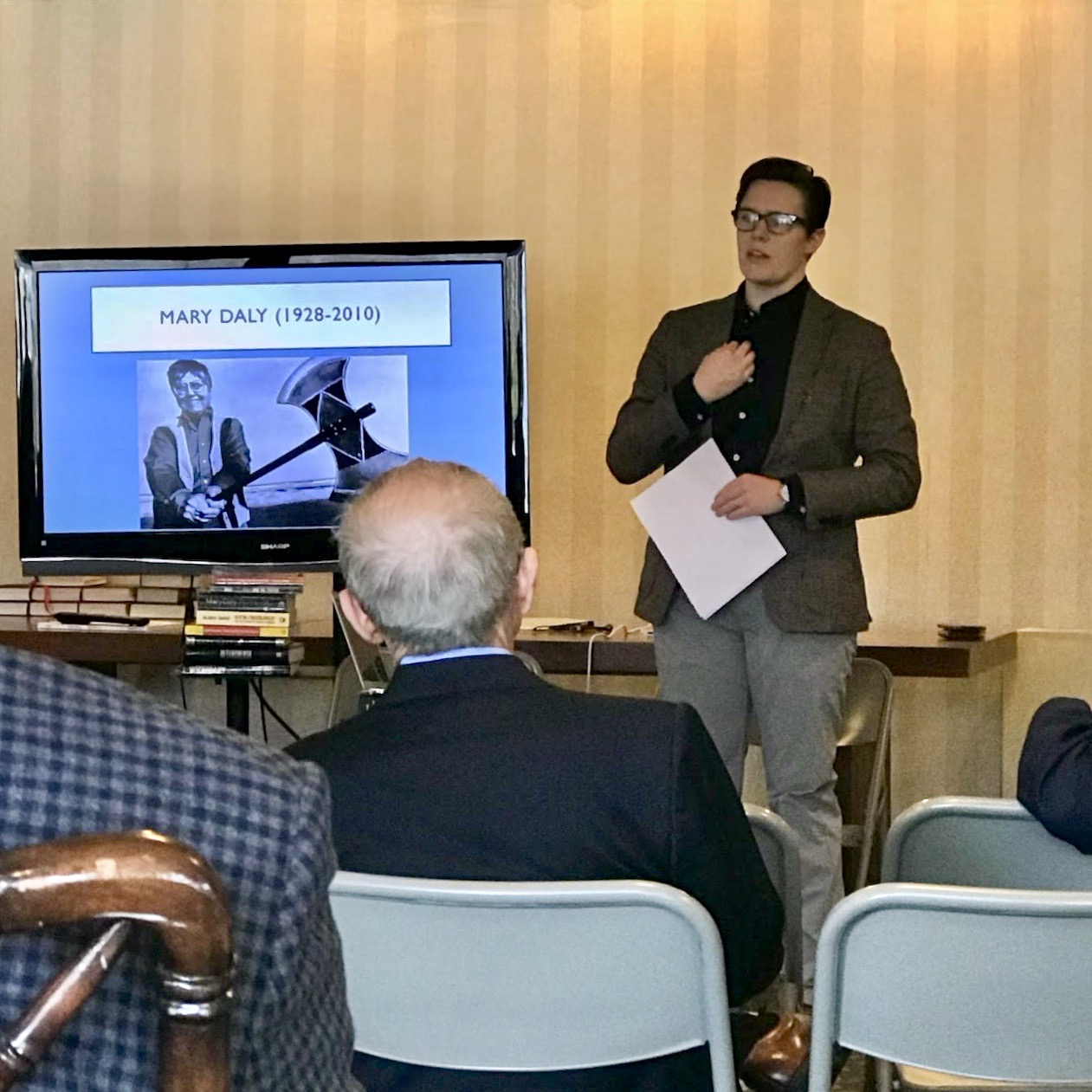 “I appreciate the beautiful ways that Roman Catholicism has shaped me. But as an openly gay woman, I wasn’t sure if I could find a home in the church,” said Stapleton Smith, who is now training to become a priest in the Episcopal Church, where women can become priests.

“I want to be for a young queer kid what I needed when I was their age—somebody who embodies a love of the gospel, shows that it is OK to challenge church teachings, and lives in the hope and promise of God’s love for us.”

Stapleton Smith is now a doctoral student in theological and social ethics at the Graduate School of Arts and Sciences. After she graduates this August, she said she will use her Fordham education to not only better inform her ministry, but also her work as an educator.

“I want to work in ministry on the ground, but also teach and conduct research at a university,” Stapleton Smith said. “God is calling me to academic life, to be a disciple of Christ, and to be a church leader who brings people closer to God and heaven.”

‘Where I Could Live in the Fullness of My Being’

Stapleton Smith was drawn to her faith at an early age. She was raised in a devout Roman Catholic household, where she recalled pretending that her stuffed animals were receiving the Eucharist. She graduated from the Ursuline School, an all-girls Catholic middle and high school in Westchester County, and went on to earn a bachelor’s degree in theology from Boston College and a master’s degree in religion from Yale Divinity School. 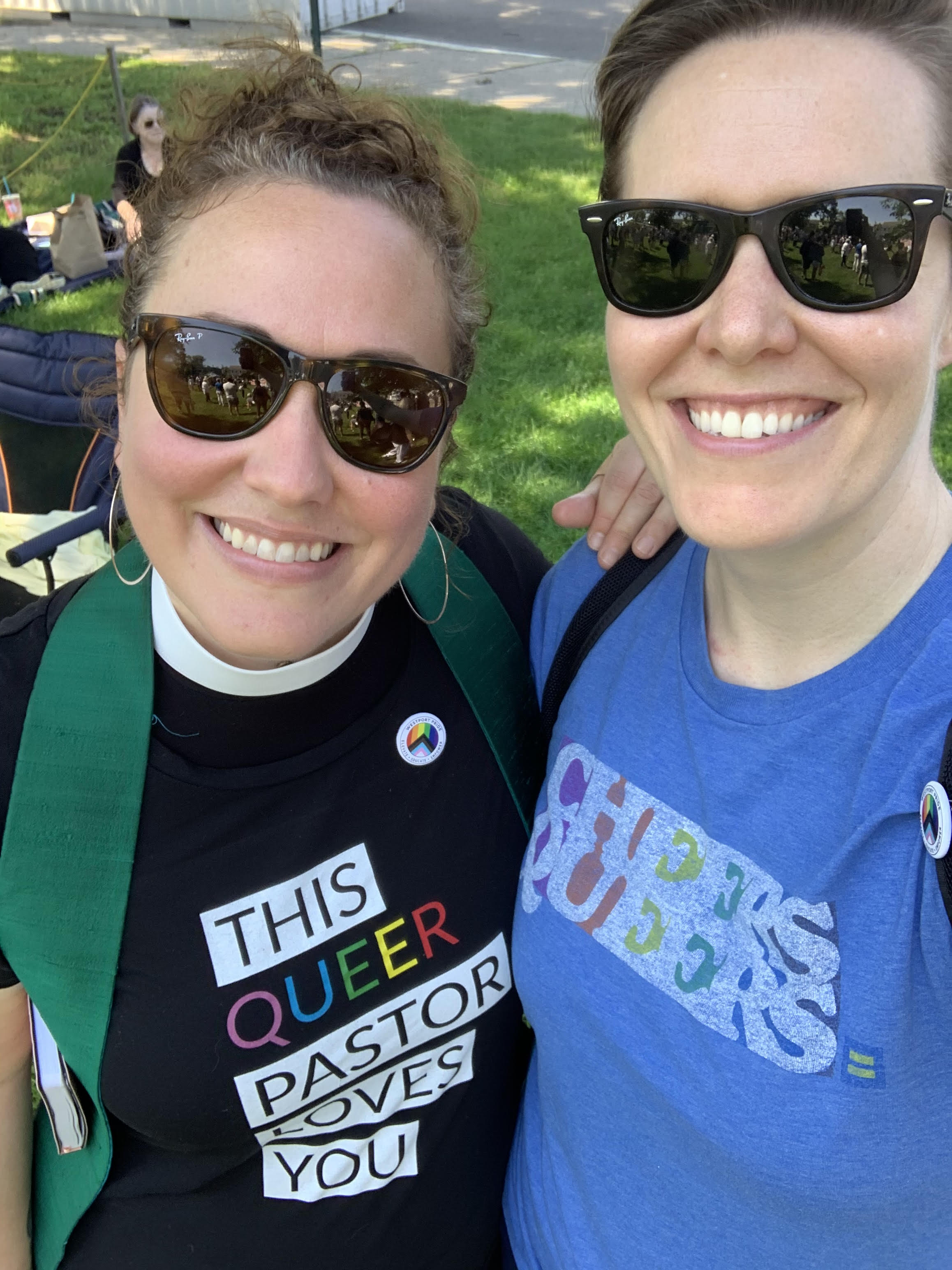 Stapleton Smith and her wife, who is also an Episcopal priest

Several years ago, she felt a calling to the priesthood. However, her personal life conflicted with the official teachings of her Roman Catholic faith. The church does not condone gay marriage, but Stapleton Smith is married to a woman, she said. In addition, the church does not recognize women as priests.

“I didn’t leave the church in hate …  [A]ll of my scholarship stems from a deep love of Roman Catholicism. I left the church in a movement of grace and love of God—to where I could live in the fullness of my being and become the best Meg that I can be,” said Stapleton Smith, who will be ordained to the priesthood in the Episcopal Church this fall.

Her identity as a queer white woman has shaped her perspective as a church leader. “As someone who has been marginalized by ecclesial communities and church teachings, I’m sensitive to power dynamics,” she said. “Am I leaving someone out? As a white person, am I unintentionally preaching a sermon that recapitulates the language of anti-Blackness or a narrative of the church as a colonizer?”

‘I Didn’t Even Know that People Like You Existed’

Stapleton Smith’s queer identity has also informed her scholarship at Fordham, where she studied the intersection of liberation theology, virtue ethics and sexual ethics. Her dissertation “Queer Virtue Ethics: Mary Daly’s Challenge to Catholic Sexual Ethics,” is the culmination of her research. It focuses on Mary Daly, a key figure in modern feminist theology, and Daly’s ideas on using the virtue of courage and Catholic sexual ethics to counteract sexual shame, said Stapleton Smith, who spoke in detail about her dissertation in a Fordham News story last March. 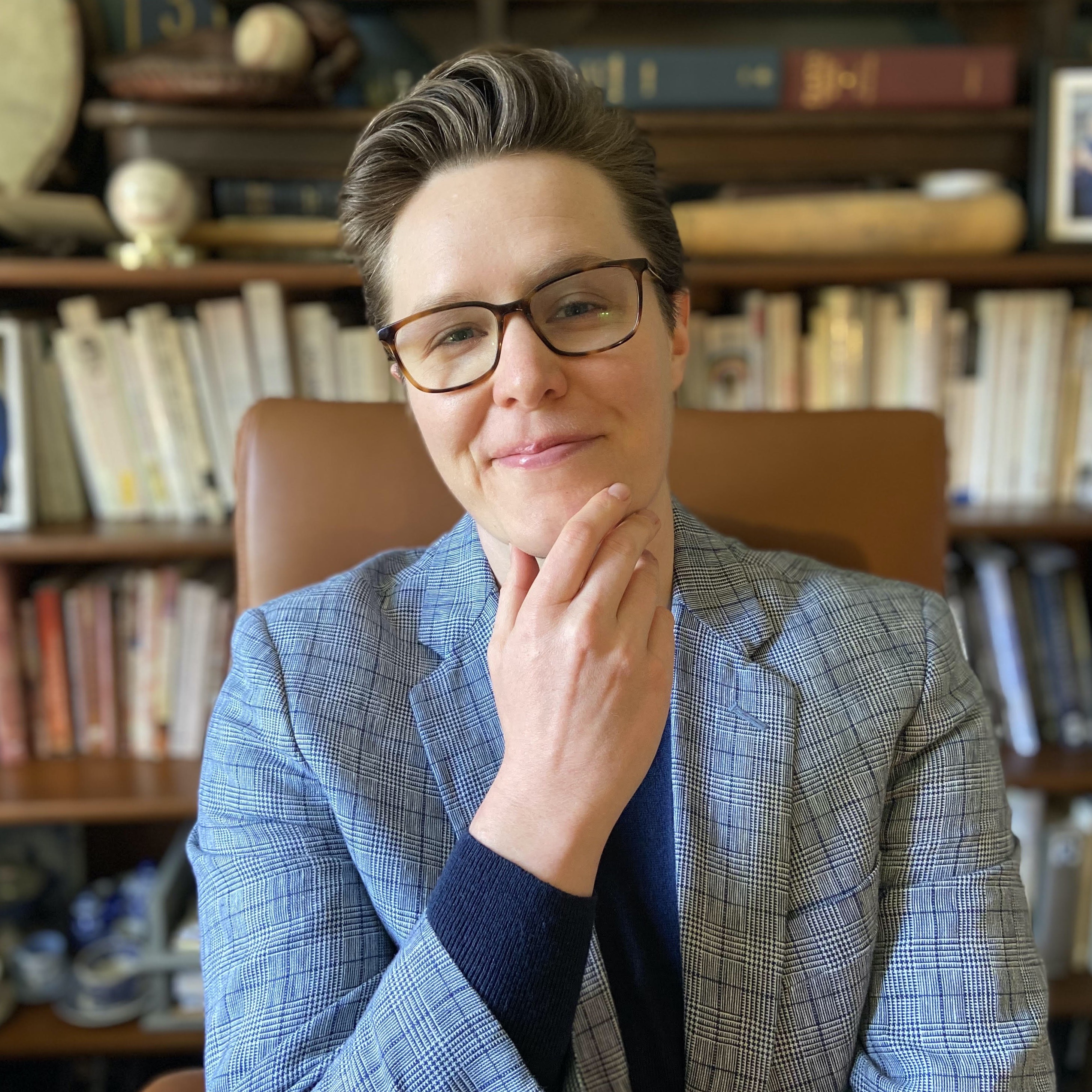 “Meg is an incredibly perceptive thinker, teacher, and human being who sees the ways that ideas can take root in bodies, for better or for worse. As someone studying theological and social ethics, she brings those concerns to her work in the classroom and in her ordination to the priesthood,” said Christiana Zenner, Ph.D., associate professor of theology, who has taught and mentored Stapleton Smith.

While reflecting on her time at Fordham, Stapleton Smith recalled why she chose to attend the University six years ago.

“It was actually one of my mentors from Boston College who said to me, looking at the professors at Fordham, ‘That’s the place for you. You want to ask the deep questions, and Fordham is going to bring you to that place,’” said Stapleton Smith, a recipient of the Elizabeth A. Johnson Endowed Scholarship Fund and a dissertation mentee of Bryan Massingale, S.T.D., the James and Nancy Buckman Chair in Applied Christian Ethics.

“I remember one note that read, ‘I was not raised in a religious household, and I didn’t even know that people like you existed—a lesbian theology professor who’s becoming an Episcopal priest,’” said Stapleton Smith. “It’s notes like these that remind me of why I do what I do.”