skip to main content
Return to Fordham University
You are at:Home»Colleges and Schools»School of Law»Fordham Law Mourns Passing of Professor Emeritus Martin Fogelman 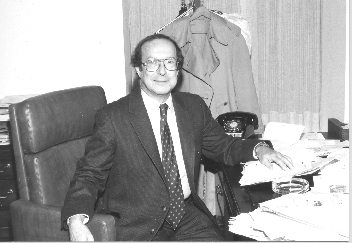 Fordham Law School is saddened by the death of Martin Fogelman, Emeritus and McGivney Professor of Law. He died on November 23.

“Martin was an exceptional colleague who made Fordham Law a better place for countless people,” said Dean Michael M. Martin. “Our gratitude for the work he has done is exceeded only by the affection of those who were privileged to know and work with him.”

Fogelman began working at Fordham Law School in 1956, principally teaching Corporate Law. Between 1954 and 1959, he served as Law Clerk to Chief Judge Edmund H. Lewis at the New York Court of Appeals. When he entered private practice his law firm represented Fordham University in a case that questioned whether it could acquire property at Lincoln Center. The case went to the U.S. Supreme Court, and Fogelman authored the brief that allowed Fordham to claim this premier parcel of land.

Fogelman’s grandson, Martin Fogelman III, is a 2012 graduate of Fordham College at Rose Hill and is currently a student at the Law School.