skip to main content
Return to Fordham University
You are at:Home»Commencement»Commencement 2018»At Gabelli Awards, Opening Minds to Possibilities 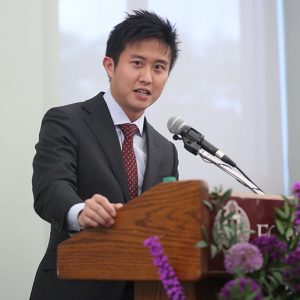 Alumnus of the Year Sihien Goh

Photos by Bruce Gilbert
At the Gabelli School of Business Awards Night on May 17 on the Rose Hill campus, Dean Donna Rapaccioli, Ph.D., told students to not take no for an answer.

Rapaccioli listed a number of famous moments in U.S. business history where people lacked the vision to see the possibilities of the future. She started with Charles H. Duell, the commissioner of the U.S. Patent Office in 1899. Duell famously said the patent office was no longer necessary because “everything that can be invented has been invented.” She mentioned a Western Union executive who thought the telephone had too many shortcomings to be considered a valid means of communication. And she concluded with an IBM executive who speculated that the world market for computers might number around five. 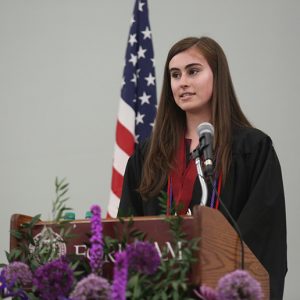 Rapaccioli said that she hoped that the students’ education taught them of the power of themselves individually, but also the “collective power of your friends, classmates, and colleagues.”

“You can achieve anything, especially together,” she said.

As if to back up Rapiaccoli’s belief in collective power and not taking no for an answer, Sihien Goh, GABELLI ’13, recipient of the Alumnus of the Year Award, recalled the moment he and his roommate lobbied to have value investing become a part of the school’s curriculum. The two reached out to business professors and “our success rate was zero,” he said. But they kept at it and made an appointment to see the dean, in the hope that “they were more convincing in person.”

“I’m not sure, to be honest, what happened to our proposal, but I think that the stars aligned and suffice it to say that the plans took root and came to being,” he said. 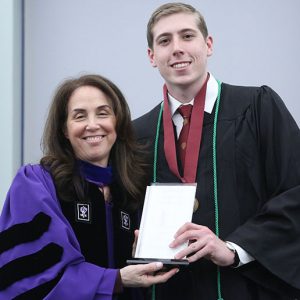 Today, value investing is offered as a secondary concentration. Goh said that after investor and philanthropist Mario Gabelli made a “meaningful donation” to the school he ended up graduating from the newly-renamed Gabelli School of Business.

“Gabelli is one of the most recognizable names in the value investing business,” he said. “The Gabelli magic worked, and I was able to get a graduate job at J.P. Morgan and then at Goldman Sachs.”

But while teamwork and business courses helped launch his career, Goh said core courses in liberal arts and philosophy helped him “empathize better with clients.” He encouraged students to give back once they begin their careers. He said he’s made a concerted effort with other alumni working at Goldman to help Fordham grads get hired at the firm.

“There is nothing particularly unique about what we did and you have the opportunity to do it soon,” he said. “The only thing it requires is recognizing the opportunity and give back. You don’t have to be rich; it’s about taking the time.” 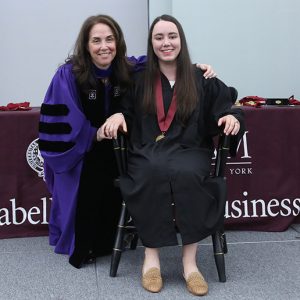