skip to main content
Return to Fordham University
You are at:Home»Campus Life»Commuters Bring Diversity of New York to Campus

With a spectacular residence hall soaring above Lincoln Center and a classic residential campus in the Bronx, it’s easy to forget that for many years Fordham was primarily a commuter college with a regional student body. Today, students travel from as far away as China to live on campus and the University has joined the national trend of having more residences on its grounds. 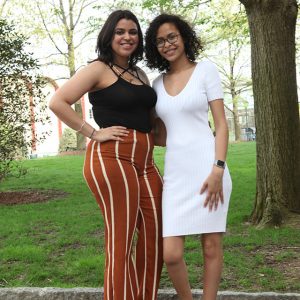 But commuters still make up a good portion of Fordham’s students. At a May 4 event celebrating today’s commuter students, sponsored by the Commuter Student Association, (CSA) and Commuter Student Services, Chris Rodgers, assistant vice president and dean of student, recalled when the commuters were known as “day hoppers.”

“Commuters are woven into the tradition of Fordham,” he said. “That’s a part of who we are.”

But just as the University has changed, with far more undergraduate residential students than commuters, so too has the makeup of the commuter student body. Once composed primarily of Irish and Italian New Yorkers, today the commuters are primarily students of color.

A lot of the diversity on campus comes from the commuters,” said outgoing CSA President Nemesis Dipre.

In speech to the students, Rafael Zapata, the University’s chief diversity officer, said he was familiar with the routines and challenges faced by many commuters. He said he commuted from Manhattan to Iona College in New Rochelle in the early 1990s. On the train to school, he said, the commuter students, mostly people of color like himself, got to know each other. But as his college years passed, many of the students dropped out.

“Maybe they took a job at UPS, or a family member got sick, or their girlfriend got pregnant,” he said. “Those are the things people can’t know: That you have to take care of younger siblings, your parents, help the family, and contribute.”

Though commuter students may not always have a long trek to campus, college life can seem very far from the world they grew up in.

For senior Jazmin Jimenez, her four-minute walk from Webster Avenue might as well be worlds away, she said. She grew up in the Dominican Republic and arrived in New York City when she was 13. Learning English, she said, was probably the toughest part of her journey from childhood in the D.R. to her senior year at Fordham.

“This is the biggest accomplishment of my life,” she said of her upcoming graduation.

Jimenez said that when she lived in the Dominican Republic her grandmother raised her. She was very happy to be reunited with her mother in New York City years later. But she understood she had to contribute. She helped her mom cook, clean, and take care of her younger sister, all while taking classes, doing homework, and working in the admissions office. She said she’s very thankful for the scholarship she received from Fordham that made it all possible.

Incoming CSA President Vanessa Reyes lives near campus too. On her 10-minute walk along Fordham Road she said she sees a sea of diverse faces. She said that she views events supported by CSA as a way to bring that diversity into the Rose Hill community. She noted the recent Bronx Celebration Day as a good starting point.

“Events that invite the community on campus are positive,” she said.

Both Jimenez and Reyes said they’re working with United Student Government and the Residence Halls Association to bridge gaps between commuters and students that live on campus as well. Last year’s Backyard Bash was pushed back from starting at 9 p.m. to 7 p.m. out of safety concerns for commuters who would otherwise have had to make their way home late at night.

“The residents I speak to want to do events that are commuter friendly,” said Reyes, adding that communication was key. Both residents and commuters know what it’s like when parents are waiting up, she said. 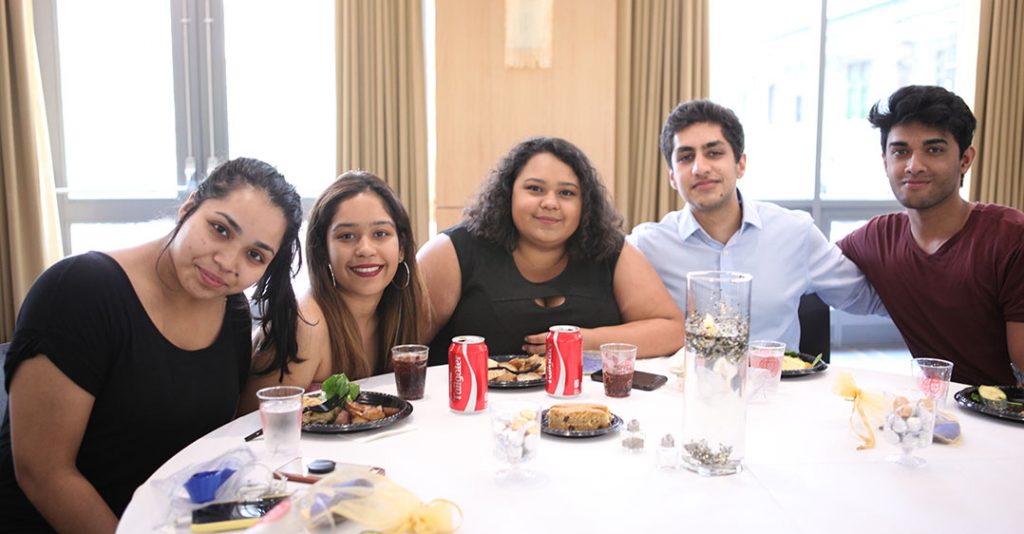