skip to main content
Return to Fordham University
You are at:Home»Business and Economics»How Negative Word-Of-Mouth Can Affect the Bottom Line

Until recently, most Manhattan cable customers had only one choice for an internet provider: Time Warner. It’s a reality that has changed now that other cable and streaming services have entered the market, such as Fios, Direct TV, Hulu, and Netflix.

If there are more choices, could dissatisfied customers have a disproportionate influence in a market as diverse as Manhattan? 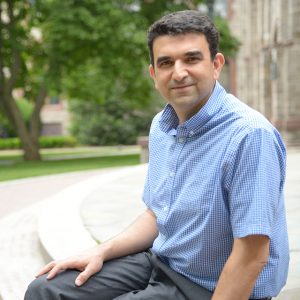 Nejad uses business simulation and computer modeling to help businesses better understand their markets. He recently co-authored a paper with Mehdi Amini, PhD, and Daniel Sherrell, PhD, both professors at the University of Memphis. The article was published in the International Journal of Research in Marketing and used “agent-based modeling” to examine how negative word-of-mouth communications may affect different markets.

Agent-based modeling relies on complex adaptive systems, according to which different entities interact with each other and make their own decisions. Complex outcomes may be explained using simple interactions between these entities.

The average cable customer in a small rural town would be very similar from one home to another, Nejad said. Customers would, for the most part, spend the same amount, and most would subscribe to a package that costs about $100 to $150 a month. The customers in that cost-market would come from the same economic bracket and probably even share a similar background. They could, in short, be described as a homogeneous market.

However, the average cable customer in an urban setting like Manhattan would vary greatly from home to home. Some may be single and only prefer an internet connection at $40 a month, while a family of five may spend $400 to $500 a month on pay-per-view and other services. The income level of the customers would also vary greatly, as would their backgrounds. This could be described as a heterogeneous market.

Nejad and his co-authors examined these two distinct markets and added to them a level of “assortativity,” which essentially means that birds of a feather flock together. So negative word-of-mouth can affect sales to groups that share similarities.

Other studies have looked at the effects of negative word-of-mouth on a product. But they primarily looked at the sheer number of customers who may have dropped the product and the numbers of potential customers the firm may have lost. Nejad and his coauthors have added the layer of revenue diversity to the picture in order to explore how negative word-of-mouth reduces the bottom line.

“There are two components to how the negative word-of-mouth may reduce profits,” said Nejad. “One is how much the word-of-mouth spreads and how many potential customers it influences, but the other component is the revenue loss potential of each person who rejects the product or service.”

Nejad said that many businesses’ long-term survivals depend on the success of their new products or services in the marketplace, which is why his agent-based modeling studies are valuable to businesses.

“These studies are about the methodology; you can’t capture this data in the real world,” said Nejad. “These models have critical managerial implications because what I’m telling these managers is what, according to the models, they need to be concerned with and how it will affect their revenue.”

In order to capture real-world market conditions, the simulation models are based on published empirical studies. Moreover, Nejad uses social connectivity data culled from the real world. He has fed in the consumer connectivity maps from 10 different social media networks, including Facebook and Twitter, and then layered that with customer revenue levels and the effect of advertising—to name but a few scenarios.

“We added seven more levels of data and conducted more than 2 million simulation runs,” he said. “That means we examined the performance of over 2 million scenarios of various product introductions in different markets and examined how distinct factors interact with each other, leading to firm profits.”

Nejad said agent-based modeling takes individual components in a system to an aggregate level. In the study, he was able to model each consumer type and determine whether they might drop or keep their product after hearing negative comments through word-of-mouth. He then could analyze how that would affect the overall market.

“These models help managers understand and predict the effect of heterogeneity on the performance of their products and services,” he said. “[But] regardless of what you do, there will be some consumers who are not satisfied, so you’d better be prepared.”