skip to main content
Return to Fordham University
You are at:Home»Business and Economics»Entrepreneurs Share Keys to Startup Success at 2017 TrepCon

Fordham’s Entrepreneurship Society and the Gabelli School of Business kicked off the Sixth Annual Entrepreneurship Conference (TrepCon) on Feb. 18 with a series of workshops and breakout sessions led by leading entrepreneurs, venture capitalists, and other industry experts in business and technology.

More than 200 people attended TrepCon at the Lincoln Center campus to network with members of New York’s entrepreneurial community and gain an insider’s perspective on the startup industry.

“For any entrepreneur, being able to learn from other people’s experiences is huge,” said Joe Halpin, a Gabelli School senior and president of the Entrepreneurship Society. “We wanted to give [attendees]the tools that they need to move forward with their startups no matter what stage they are at.”

Keynote speakers included Adam Besvinick, a principal at Deep Fork Capital and one of Forbes’ “30 Under 30” for venture capital; Matt Brimer, a co-founder of General Assembly and Daybreaker; and Troy Hazard, a serial entrepreneur and former president of the Entrepreneurs’ Organization. 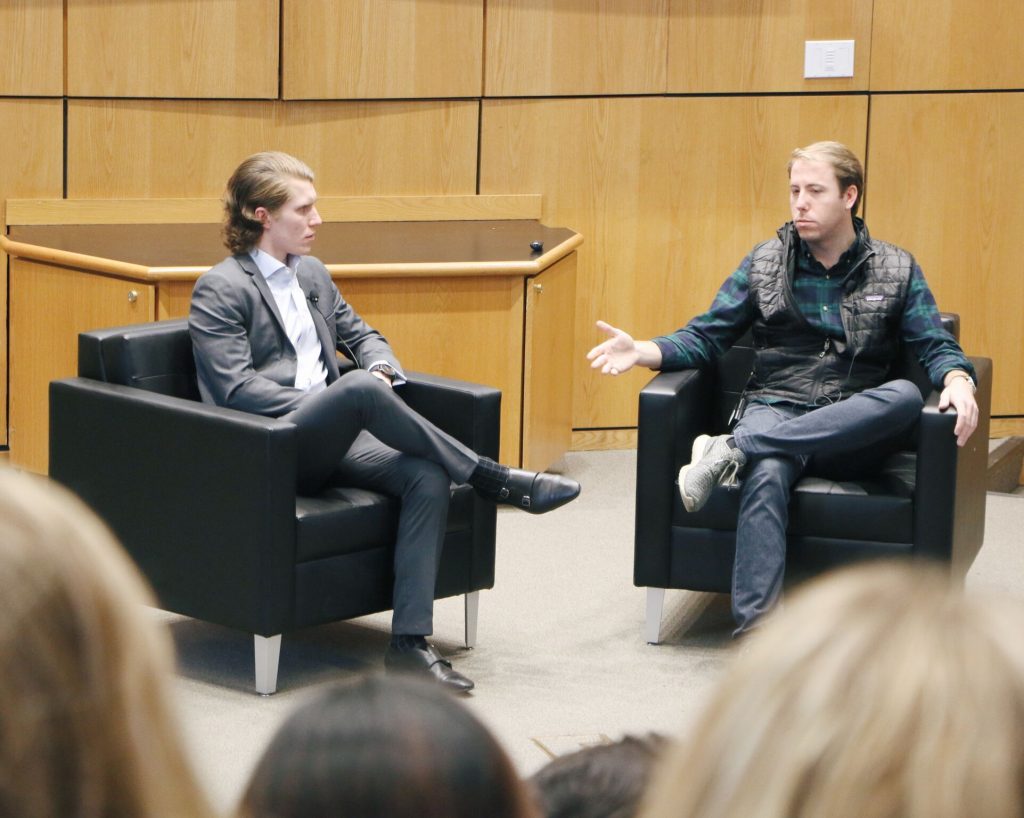 In addition to breakout sessions and workshops, two of which were given by Squarespace and Deloitte, a presenting sponsor for the event, guests heard from various panelists. Among the speakers were Lesley Stroll, executive director of the Angel Investor Forum, who gave a talk on the do’s and don’ts of raising money from angel investors; Ramphis Castro and Javier Norris, co-founders of ScienceVest (YC 13), who spoke about venture capital and diversity; and Shana Dressler, executive director of Google’s 30 Weeks, who shared tips for launching a design-driven startup.

Three finalists competed in a pitch competition for the inaugural $1,500 TrepCon grant. KindMind, a mobile app that streamlines mental health treatment, was named the winner. 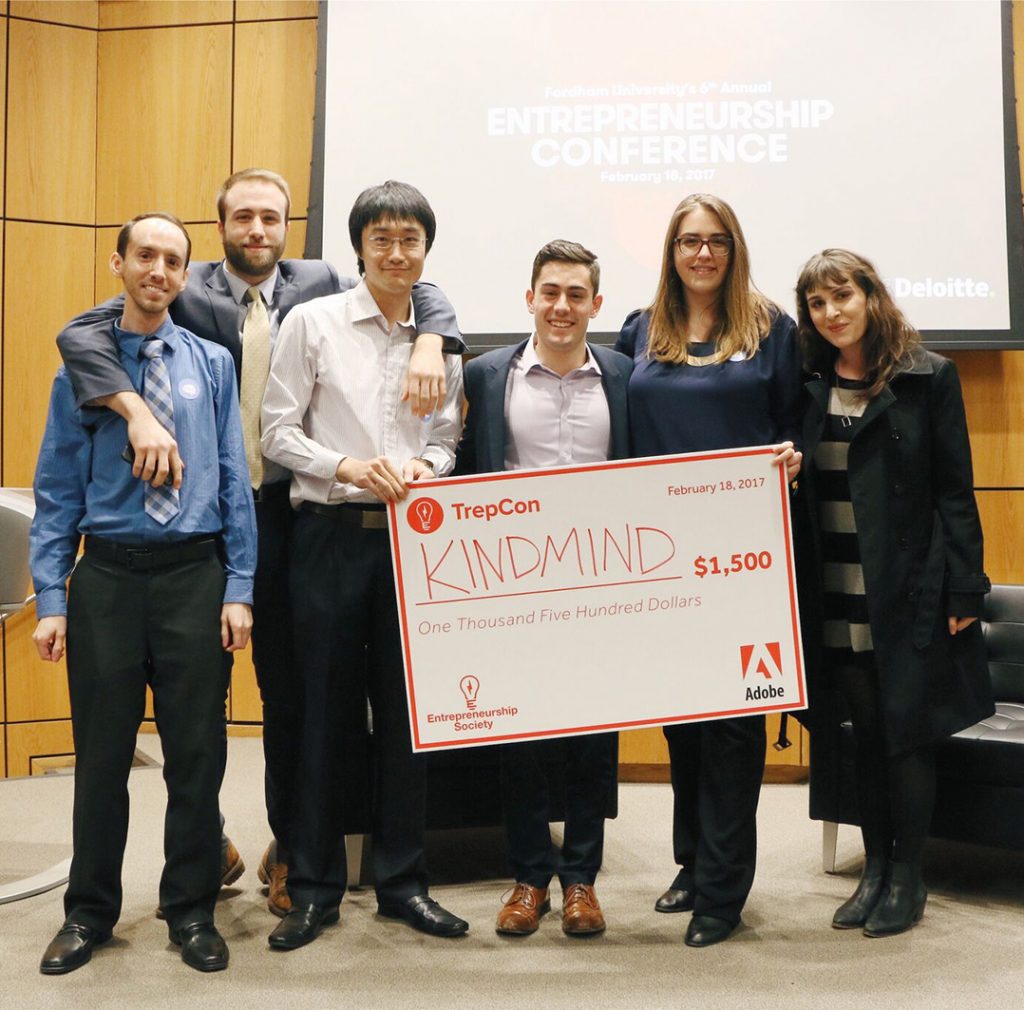 The creators of KindMind were awarded a $1,500 TrepCon grant after winning a pitch competition at the conference on Feb. 18. Photo by Taylor Michie.

“It’s just a matter of putting yourself out there,” said KindMind co-founder Mariella Sypa, a Fordham College at Rose Hill senior. “You can have great ideas, but if you’re not going out, speaking to people, and getting feedback, then your startup is not going to be best product it could be.”

James Merkel, a Gabelli School sophomore, said the speakers’ inspiring messages and the welcoming and supportive environment at TrepCon has him already looking forward to next year’s event.

“After a day of listening to successful and motivating entrepreneurs, I arrived back at campus with notes and memories of interacting with and learning from some truly incredible people,” he said.

Matthew Stratford contributed to this article.