skip to main content
Return to Fordham University
You are at:Home»Business and Economics»A Company’s Behavior During Crisis Matters, Says Professor 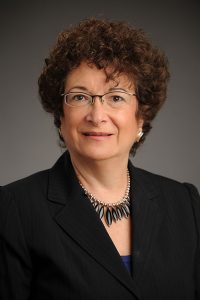 When Marcia Flicker, Ph.D., an associate professor of marketing at the Gabelli School of Business, heard that some hotel chains were denying customers refunds in the first weeks of the COVID-19 outbreak and that some cruise lines had simply gone radio silent, she was disappointed, but not surprised.

The way companies deal with consumers in times like these is a form of marketing, Flicker said, and a critical one at that.

“Marketing should be the function that attracts future cash flow, and if you burn your customers now, when they’re feeling so vulnerable already, it’s going to be very hard to get them back,” she said.

“We believe marketing should be a force for good, and should be creating value for potential customers as well as the firm, with a long-term perspective on society at large.”

Flicker, the communication strategist for the Gabelli School of Business’ Center for Positive Marketing, said that certain industries, such as the travel industry, are more sensitive to price variations and customers might be willing in the future to patronize these companies even if they felt wronged by them now. But the center’s quantitative research into consumer’s attitudes shows that a crisis is exactly the time when companies would do best to be upfront and treat customers well.

“The current situation has been likened to the Great Recession, which is when we started doing our annual research on how marketing contributes to consumer well-being. At that time, we found that the needs that consumers felt were most important to them were protection and security, and financial services ranked high because they relied on them to give them credit and help them manage their family own cash flow until the economy recovered,” she said.

While it was understandable that many companies took some time before they were able figure out how to move forward, and did not want to prematurely make announcements, Flicker said the best reactions were the ones that acknowledged the uncertainty.

“A good thing is to at least say to your customers, ‘We’re working on this,’ not go into radio silence,” she said.

Small examples of good practice during this pandemic abound, she said, from a high-end steak restaurant near her Manhattan apartment that quickly embraced delivery after shunning it for years, to Fresh Direct’s decision to cease [taking back]its delivery bags from customers, lest it endanger its employees.

Despite the uncertainty surrounding nearly all businesses right now, they should still show a good faith effort to do right by their customers.

“With global marketing, the supply chains are getting a little bit more normal now that China seems to have conquered the beast, but at the local end, we’ve got store closing and disruptions. So nobody knows what the new normal will be,” she said.

“The concepts are still going to be the same though. If people see you’re trying your best and it’s not all about ‘What can I get out of it,’ you’ll win some hearts and minds.”