skip to main content
Return to Fordham University
You are at:Home»Athletics»Fordham Football | This Day in History 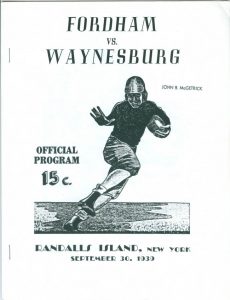 Eighty years ago today—on September 30, 1939—Fordham competed in the first live televised broadcast of a football game. NBC sent two iconoscope cameras (recently patented by RCA), an announcer, and a crew to Randall’s Island Stadium, where the Rams beat Waynesburg College, 34–7. The game was shown on W2XBS (now WNBC, Channel 4). An estimated 500 people saw the broadcast, possibly including some early television set owners. The majority of TV viewers saw the game at the NBC pavilion at the New York World’s Fair. (Five months after beating Waynesburg, the Rams made history again, playing in the first live TV broadcast of a college basketball game, in which Fordham lost to the University of Pittsburgh at Madison Square Garden.) 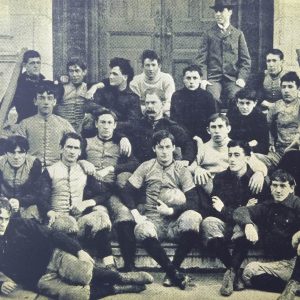 Football came to Fordham in fall 1882. Fordham defeated Seton Hall in its first-ever contest and went on to win six of seven games in its first season.

The team’s nickname, the Rams, was born in 1893, during a football game against the United States Military Academy at West Point. Students came up with a cheer: “One dam, two dam, three dam, Fordham!” It was an immediate hit, but Jesuit faculty members frowned on the slightly vulgar chant, saying such behavior was unbecoming of Fordham gentlemen. Students quickly substituted “ram” for the offending word. Suddenly Fordham had its mascot. 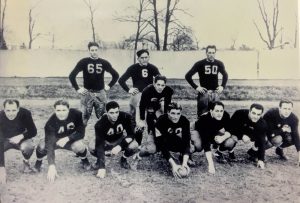 The Seven Blocks of Granite

Lombardi, FCRH ’37, of course, would go on to greater fame as a head coach in the NFL and an icon of American culture. (The Super Bowl trophy is named the Vince Lombardi Trophy.)

On Saturday, September 28, the Rams pleased Family Weekend visitors with a 23-16 win over the Richmond Spiders at Coffey Field. 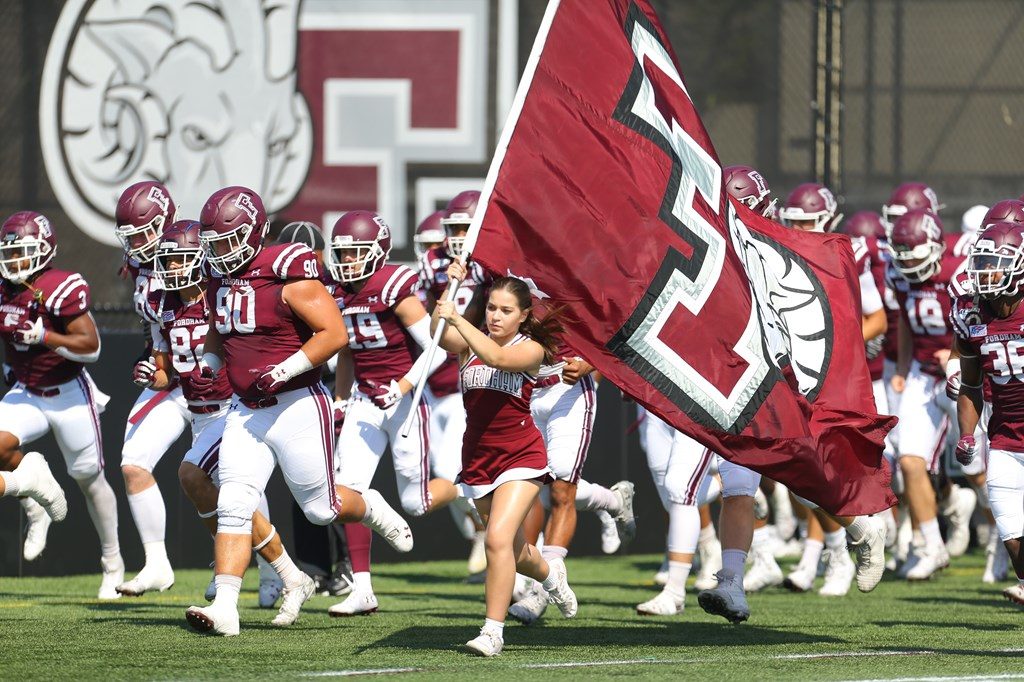 A documentary—narrated by New York Giants announcer Bob Papa, GABELLI ’86, and featuring rarely seen archival footage—traces the rich history of Fordham football from its roots in the 1880s to its emergence in recent years as one of the nation’s top programs at the Division I FCS level. See the opening of the film, below.

To purchase a DVD of the film, which is available for $50, call the Fordham athletics ticket office at 855-RAM-TIXS.