skip to main content
Return to Fordham University
You are at:Home»Arts and Culture»Up on the Roof: Birding in NYC 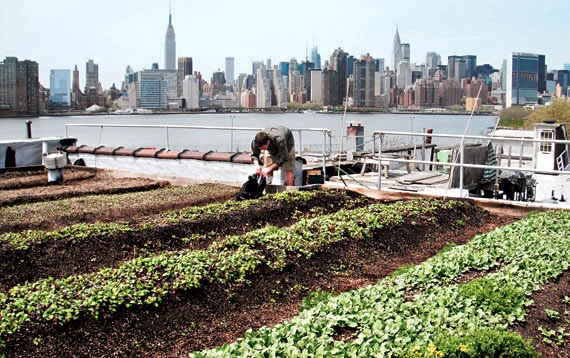 Partridge’s study of migrating birds on NYC’s green roofs is one of the first of its kind. Photo by Dustin Partridge

Dustin Partridge is not a city person. The biology doctoral candidate in Fordham’s Graduate School of Arts and Sciences said that no one is more surprised than he that the subject of his dissertation would be so urban focused.

“I never imagined that I’d be studying wildlife on the roofs of New York City,” Partridge said.

His four years of research have revealed that many migratory birds that pass through New York City each year are using the green roofs as the bird-equivalent of boutique hotels: small, somewhat exclusive little crash pads where they can feast on the insects that have also settled there.

Partridge garnered notice in the Jan. 27 issue of  National Wildlife magazine for his “resourceful” research.

As anyone who lives in New York knows, getting rooftop access is not an easy task. Partridge said that the green-roof owners were more than accommodating, but nearby non-green roofs were needed in order to control the study, and these proved much harder to secure.

Partridge had studied birds in Maine before decamping to New York to work as an adviser for an engineering firm. After observing a few endangered bird species, his interest in urban ecology was piqued.

Because New York City is the Atlantic flyway, millions of birds that pass through during fall and spring migration require stopovers to replenish their fat. During the season hundreds of species to land in Central Park en masse, in what has become known as the Central Park Effect.

“The Central Park Effect makes the park super-concentrated, with about 200 species a year–even random birds from Africa,” said Partridge. “It made me curious about smaller spots in the city.”

Partridge said that, in addition to non-green roofs, he studied two types of rooftops: intensive roofs, with a significant depth of soil and well maintained gardens; and extensive roofs, with less soil and succulents that require little soil, maintenance, or water.

“In all I’ve recorded 37 species, and of them 26 were unique to green roofs–the woodcocks and humming birds were very unexpected,” he said, adding that there were plenty of insects and spiders for them to eat and whose presence sparked yet another series of questions for the biologist. “How do they get there? What shapes their community?”