skip to main content
Return to Fordham University
You are at:Home»Arts and Culture»Literature and Social Justice Make a Home

The inaugural issue of CURA: A Literary Magazine of Art and Action, is now on line, with a print and kindle issue to follow in the spring.

The magazine will feature creative writing, visual art, new media and video in response to current news and themes of social responsibility. The theme of the first issue is “Home,” and proceeds from the project will go to support Covenant House, New York’s largest adolescent care agency serving homeless, runaway and at-risk youth.

Featured in the first issue are works by renowned writers Robert Bly, Lia Purpura, Evie Shockley, Rigoberto Gonzalez and Idra Novey, alongside that of Fordham graduate and undergraduate students.

CURA, says Sarah Gambito, assistant professor of English and the magazine’s editor in chief, acknowledges the marriage of literary publishing with Fordham’s mission of cura personalis, or nourishment of the whole person.

“What is unique is the idea of integrating a literary magazine with social justice,” said Gambito. “I think Fordham has created something meaningful in the literary community.”

And here are two excerpts from the inaugural issue. 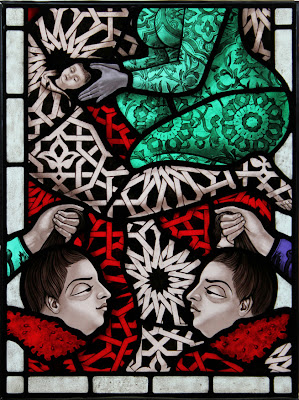 There’s no end to the delight of hearing your body
Rumbling, and night waiting to capture you,
And take you off to your childhood bed.

There’s no end to thanking Jesus for his words,
To pulling up the covers of a century
And stretching out your toes into the dark,
And saying goodbye to the world once more.

CURA is administered by Fordham faculty, graduate and undergraduate students. You can find the online magazine, including submission deadlines, here.