skip to main content
Return to Fordham University
You are at:Home»Arts and Culture»Irish Feminist Arts Movement Gains Alumni and Scholarly Support
Elizabeth A. Davis and Victor Verhaeghe in “Four Last Things,” written by Waking The Feminist panelist Lisa Tierney-Keoghl.
A movement that calls attention to the wealth of women’s voices currently being excluded from Irish theatre has made its first leap across the Atlantic Ocean at Fordham.

“Waking The Feminists,” which was held at the Lincoln Center campus on Feb. 28, followed similar events in Ireland protesting the decision of the Abbey Theatre—the country’s national theater company—to mark the centenary of Ireland’s independence with a program that included just one play written by a woman, and just three directed by a woman.

Keri Walsh, PhD, assistant professor of English, said the gathering was about signaling to Irish women in the arts that their voices are being heard in New York, and that their  campaign is sending a galvanizing message to theatre makers here. The day’s events consisted of scholar’s panel and a practitioners’ panel and were well timed, falling on the same night as the Oscars, she said.

“The problem is not just an Irish problem, but also an American one; not just a problem in theater, but also in film and television, and not just a problem for women, but also for people of color, working class people, and anyone who hasn’t been traditionally included in storytelling on all of our various kinds of stages,” she said.

The eight member practitioners’ panel included a paper by Lucy McDiarmid discussing the subtle ways that Lady Gregory, who co-founded the Abbey with William Butler Yeats, was and was not a feminist. It also included remarks by Elizabeth Brewer Redwine about the life and work of Sara Allgood, an actor whose success took her all the way to Hollywood in the 1930s.

Clair Wills, PhD, the Leonard L. Milberg Professor of Irish Letters at Princeton University, said that protests against the exclusion of women from Irish theater are depressingly familiar. Similar protests erupted as recently as the early 1990s, when the first three volumes of the Field Day Anthology of Irish Writing (W. W. Norton & Company, 1991) were released with little female representation.

“We need to reflect on the fact that this kind of feminist protest appears to have so little purchase that there is little memory of previous iterations. [That] is partly what allows the persistent ignorance of women’s work and women’s representations to continue,” she said. Wills said that when she helped edit follow-up volumes, she and her co-editors took on the task of rectifying the glaring errors.

The Feb. 28 event was sponsored by Fordham’s Institute of Irish Studies and supported by Mary Brautigam, TMC ‘74, and Richard Brautigam, FCRH ’73.

Richard Brautigam said the couple, both of whom are Irish citizens, hopes to bring to Fordham the sort of scholarship and open inquiry that can be found at NYU’s Irish House, where they are members. Brautigam noted that Fordham’s history is steeped in Irish history as its founder, Archbishop John Hughes, hailed from the Emerald Isle.

“He was the greatest defender if the Irish in New York, and it’s because of him that we’ve been able for the last 150 years to proudly raise our heads above the parapet,” he said.

Mary Brautigam likewise credited Fordham with helping her build a future in the United States. She was the first of her family to be born here, and the first to graduate from college, thanks to generous financial aid she received.

“Fordham is hugely important to a great number of Irish Americans in giving them a chance for an education,” she said.

“We thought Fordham, with its legacy, would be a great place to expand the offerings in New York City of Irish culture.”

John P. Harrington, PhD, director of the institute and Dean of Arts and Sciences Faculty, said that thanks in part to the Brautigam’s generosity, Irish studies is enjoying a resurgence of interest at Fordham, as the country’s history is intertwined with not only the history of the University, but also the Catholic Church and New York City.

In addition to Waking the Feminists, the Institute will be hosting three more events this year, including a night of music and dance with the band the Narrowbacks on March 10, a presentation by Man Booker Prize-winner Anne Enright on Sunday, April 17, and an event featuring Peter Quinn and Terry Golway on Friday, May 6.

“There is a real interest in Ireland and contemporary events, because its about how small countries function in the European union, its about asylum issues; it’s a great introduction to global conflicts and issues,” he said. “It’s not just of interest to people of Irish heritage.” 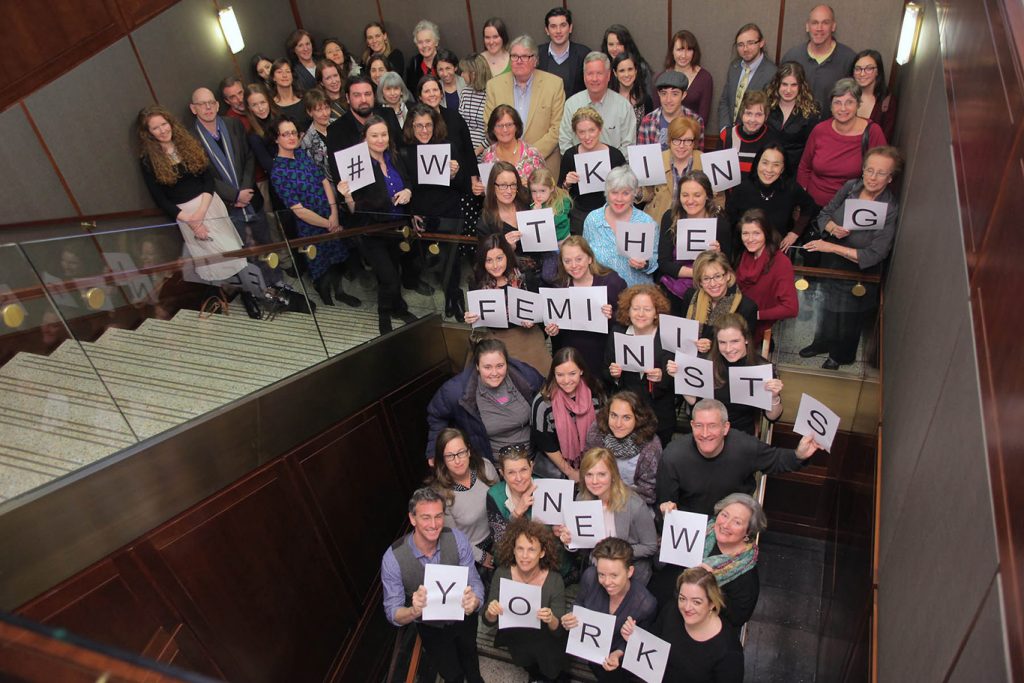